"I've been thinking all day about the moon. Like, is it an accident that women menstruate once a month and that the moon comes once a month? Are other animals synchronized in this way with the moon? You know, my brother works in mental health and he says that there's a lot more hospitalizations and periods of activity during the full moon. It's a known fact in mental health that people are more excitable around the full moon.

"And then, what about the fact that we're made of 70% water? And then the whole ocean reacts to the full moon, right? In a serious way. Everything's ticking around that moon and if we're 70% water I must be having some — at least homeopathic — relationship with the changing cycles of the moon.

"I can't escape my obsession with the idea that I'm made out of this place, because I was raised to believe that I fundamentally was constituted of spiritual matter that was from somewhere else like Heaven or from a Sky God. Like Gore Vidal talks about Sky Gods and I really picked up that language because in patriarchal monotheisms we all worship a God elsewhere who has a plan for us in a paradise elsewhere: After we die there will be a paradise waiting for us and this place is like a work station where we sort of get all our 'T's crossed and our 'I's dotted before we go off to a real spiritual dimension.

"But I'm a witch. I actually de-baptised myself. And what's great about being transgender is you're born with a natural religion. It applies almost across the board no matter what culture or economic group or nation that you're from — you're almost automatically a witch. None of the patriarchal monotheisms will have you. It's very clear that in most of those religions you'd be put to death. In many parts of the world you still are put to death.

"Did you hear what the Pope said a couple years ago on Christmas? He said that the marriage of gays and lesbians was as much a threat to the future of our world as the collapse of the rain forests. [audience laughter] So, that gives you a sense — just an inkling to his approach to the homosexual question. [laughs] And that's just the homosexual question. He didn't even address the transgender question. [sarcastically] God knows what we've caused. All sorts of wars and strife — all manner of hurt.

"I'm worried that the ecology of the world is collapsing and that I won't have anywhere to be reborn because I actually believe, like, where is any of us going? Where have any of us ever gone? We've come back here in some form. Did you know that whales were once land roaming mammals? And then they crawled back into the ocean trying to find something to eat? And then eventually they got rid of their hands and legs.

"I've been searching and searching for that little bit of my constitution that isn't of this place and I still haven't found it. Every atom of me, every element of me seems to resonate, seems to reflect the great world around me. So, I've come to the conclusion that this is God's best idea — that this manifest world is the frontier of his dream, or her dream in my opinion. So, that's just my point of view from where I can start to establish a new way to value the world that I'm a part of. Cause if I'm not heading off to paradise elsewhere when I die then I have more of a vested interest in observing a sustainable relationship with this place.

"It's a very indigenous idea that the Earth is a female, that the Earth menstruates, that the water of the world is the blood of a woman's body and that's what we crawled out of just in the same way that we crawled out of our mother's wombs. It's the most basic idea; any child could come up with it and it's so obvious. And yet we've been straining for these Sky Gods for a couple thousand years now. And I remember praying to God when I was like six years old. I was raised Catholic and I prayed really hard, and I waited and waited to hear that summons. I think in a funny way, a lot of my music I'm listening for that response still.

"I've heard two rumors about the Dalai Lama. One is that he said he wasn't going to be reincarnating because the world was going to be too dangerous and that's probably just a rumor. But then I heard a far more interesting new rumor, which is that the Dalai Lama said the next time he incarnates it will be as a girl, which will be the first in the history of Buddhism. But I think that that is the most revolutionary thing he could possibly do and the most helpful spiritual gesture that he could make. And I'm very interested in the feminization of the deities. I'm very interested in Jesus as a girl. I'm extremely interested in Allah as a woman. And contrary to popular opinion, it's not bad to say that — you can say it. I mean you might get a little letter in the mail but I'm probably due a hundred letters in the mail already, so... [laughs]. It's a wonderful day to die.

"But nonetheless, Allah as a woman is a critical threshold and Buddha as a mother is another one because I truly believe that unless we move into feminine systems of governance we don't have a chance on this planet [applause]. And there's no one else that can lead the masses to do that except for, like, the major religious institutions. And I'm someone who's looking for a reason to hope, and for me hope looks like feminine systems of governance being instated in, like, the major religious institutions and throughout corporate and civil life. And it might sound far-fetched, but if you look at your own beliefs, just imagine how quickly you accepted the idea that the ocean is rising and the ecology of our world is collapsing. We can actually imagine that more readily than we can imagine a switch from patriarchal to matriarchal systems of governance — a subtle shift in the way our society works.

"It's obviously a very broad statement — and of course Sarah Palin exists so don't bother me with that. But, Sarah Palin is working very much within patriarchal systems. I just love that moment when Benazir Bhutto was being interviewed and she just talked about motherhood and daughters and how she wished she'd had done more for the girls of her country. For as problematic as she was, she was an exciting forerunner." 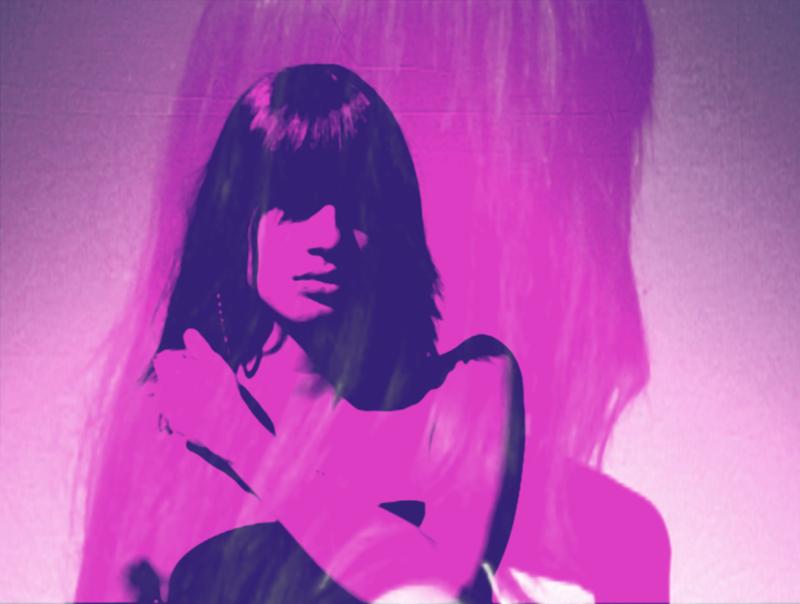