NOMINATION. Bille August's "Silent Heart" is in the run for the Nordic Council Film Prize. The winning film, to be selected among five Nordic candidates, will be announced on 27 October.

Bille August's "Silent Heart" is nominated as one of five Nordic candidates to the prestigious Nordic Council Film Prize 2015. The winner is to be announced on Tuesday 27 October during the Session of the Nordic Council in Harpa, Reykjavík, with the award going equally to the film's director, screenwriter and producer. See trailer below

Each candidate is selected by a national jury, and from Denmark, film critics Per Juul Carlsen, Eva Novrup Redvall and Jakob Wendt Jensen state in their motivation:

"Masterfully crafted and played to perfection, director Bille August and screenwriter Christian Torpe tell a warm-hearted story about an unforgettable weekend where a family has to deal with a mother's wish to die. In the typically Nordic tradition of exorcising all skeletons from the closet, the film dissects one of the most difficult challenges a family can face – saying goodbye to a loved one."

"Silent Heart" premiered at the San Sebastian Film Festival in September 2014, where Paprika Steen was honoured with a Silver Shell for Best Actress. Earlier this year the film was named Best Film at the local Bodil Awards. "Silent Heart" is written by Christian Torpe and produced by Jesper Morthorst for SF Film Production with funding support from the Danish Film Institute.

Bille August is celebrated for his international breakthrough, "Pelle the Conqueror" (1987), which received the Palme d'Or in Cannes in 1988 and an Oscar and a Golden Globe in 1989. August received his second Palme d'Or in 1992 for "The Best Intentions," from a script by Ingmar Bergman. Since the early '90s, August has directed a string of grand-scale international co-productions such as "The House of the Spirits," "Smilla's Sense of Snow," "Les Misérables," "Return to Sender," "Goodbye Bafana" and "Night Train to Lisbon." Released in 2012 was August's first Danish-produced film in 25 years, "Marie Krøyer." August's next film is the English-language film "55 Steps" starring Helena Bonham Carter and Vera Farmiga.

The Danish nominee "Silent Heart" will be competing with "They Have Escaped" by J.-P. Valkeapää (Finland), "Virgin Mountain" by Dagur Kári (Iceland), "Out of Nature" by Ole Giæver (Norway), and "Gentlemen" by Mikael Marcimain (Sweden).

About the Nordic Council Film Prize

The purpose of the award is to promote the range and diversity of films produced in all of the Nordic countries, enhance the Nordic sense of cultural affinity, develop the Nordic Region as a home market for culture and boost the international standing of Nordic film.

To be nominated for the prize, worth DKK 350,000 (EUR 47,000), the films must have deep roots in Nordic culture and distinguish themselves with artistic originality. The prize is shared equally by the scriptwriter, director and producer, underlining that film as an art form is the result of close collaboration between these three main contributors. 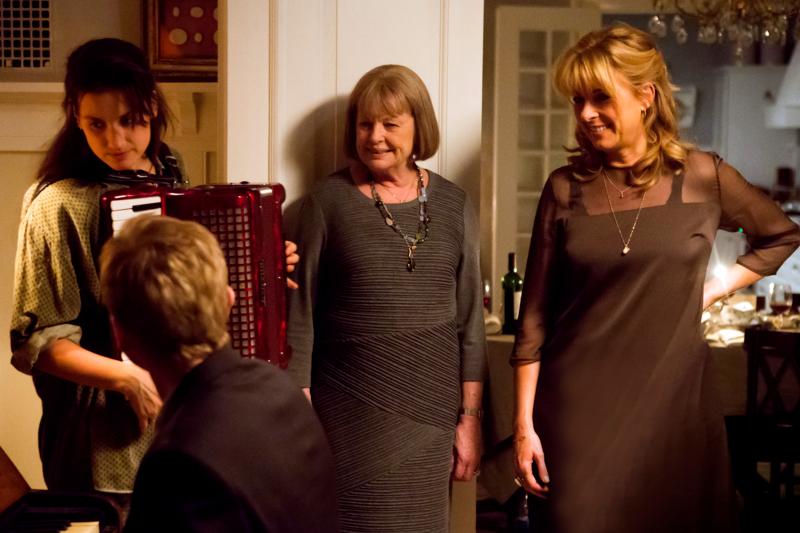 Three generations of a family gather over a weekend. The two sisters Sanne and Heidi have accepted their terminally ill mother's desire to die before her disease worsens. However, as the weekend progresses, their mother's decision becomes harder and harder to deal with, and old conflicts resurface.