Down the Rabbit Hole

"The Great Bear" got a warm reception in Berlin 2011. Now director Esben Toft Jacobsen and screenwriter Jannik Tai Mosholt are bringing us an enchanting animal fable about fortitude and loss. "Beyond Beyond" comes out of a long-running partnership between image-maker Toft Jacobsen and word-man Mosholt.

This is not your run-of-the-mill cast of characters: A big-eared bunny rabbit who dives in the ocean in search of his mother. A frog captain of a steamer made of driftwood. A big flying creature that looks like a cross between an eagle, a dog and a rodent.

"More than anything we worked from our own fascinations. There's a lot of water in the film, for instance, because I love to dive." – Esben Toft Jacobsen, director

"More than anything we worked from our own fascinations. There's a lot of water in the film, for instance, because I love to dive." – Esben Toft Jacobsen, director

Imagination takes wing in director Esben Toft Jacobsen and screenwriter Jannik Tai Mosholt's "Beyond Beyond". The duo that brought us "The Great Bear", which was warmly received at the 2011 Berlinale, are now taking us on a perilous journey with Johan the rabbit boy to the Realm of the Feather King. Johan is trying to find his mother who was kidnapped by the Feather King.

Striking shots on sea and land recall Hayao Miyazaki. The amazing scenery includes a city where houses are stacked in tall, teetering towers and the mysterious Fog Banks navigated by a steamer with impressive machinery in its bowels. Moreover, "Beyond Beyond" evokes a distinctive Nordic tradition of fantastical tales and animated nature, as found in the Moomin world created by the Swedish-Finnish artist Tove Jansson and the stories of Astrid Lindgren.

The European folktale tradition is never far away, either. The film's tiny protagonist Johan can be seen as the rabbit answer to the Brothers Grimm's "The Story of a Boy Who Went Forth to Learn Fear". Toft Jacobsen and Mosholt draw on a full cultural heritage of fables and myths, without playing favourites.

"From day one, we discussed Greek myth, especially the tale of Orpheus who descends to the underworld to bring back his beloved Eurydice," Toft Jacobsen says. "But more than anything we worked from our own fascinations. There's a lot of water in the film, for instance, because I love to dive. I get a lot of ideas when I'm diving and swimming. I find the ocean exciting and mysterious. You can look into it but not all the way down. All sorts of things can hide down there."

"Beyond Beyond" is a Danish minor co-production between Copenhagen Bombay of Denmark and their Swedish subsidiary. Some of the team worked in Copenhagen, other were based in Stockholm and Gothenburg.

"It was a great privilege to work with so many skilled people in Sweden and Denmark. Both places have a huge talent pool," says Toft Jacobsen, who did a lot of travelling between the three cities during the film's production.

"A big, expensive apparatus," as he puts it, was cranked up to create 'Beyond Beyond''s expressive visual design. This included hiring a so-called groomer to make the characters' furs and beards look good. "In 'The Great Bear' we were going for a bit of a raw, unpolished look. In 'Beyond Beyond' we wanted a lavish look with a wealth of details," he says.

"Another mantra for us was that the film should be fantastical without being dangerous," Mosholt adds. "We decided to make the characters animals because an animal fable offers unique opportunities for having different layers in the story. On the face of it, 'Beyond Beyond' is a story about a bunny rabbit who goes on a fantastic journey to a strange land. At the same time, the story is also about losing and missing someone – and how to handle loss. We hope the film will appeal to both children and adults because it has multiple layers."

Toft Jacobsen and co-creator Mosholt have worked together since 2005. Their joint graduation film from the National Film School of Denmark, the magical "Having a Brother" (2006), won a Special Mention in Berlin. In 2011 their first animated feature, "The Great Bear", was selected for the Berlinale's children's film competition Generation Kplus.

"Esben works very intuitively, based on certain fascinations, like the sea in 'Beyond Beyond' or the bear in our last film. Me, I'm better at structuring ideas into actual sequences. We complement each other that way," Mosholt says.

Their work on "Beyond Beyond" reflects that. The first thing they did was write 10 lines about the kind of story they wanted to do. Toft Jacobsen then spent three months drawing and painting – characters, setups, locations. When he had covered all the walls of his office in drawings, he asked Mosholt over so they could structure it together.

"We deliberately didn't write very much down before I started drawing because we wanted to let the images rule," Toft Jacobsen says.

"We disagreed at times and got annoyed with each other, but that's just part of a fruitful creative process. We bounce ideas off each other. It was an organic, open process … We feed off each other's enthusiasm," says Mosholt.

"Jannik assails me with words, and I assail him with pictures," Toft Jacobsen says. "Jannik can be pretty sceptical when I try to explain an idea to him. But when I draw it out, he's a lot easier to convince."

Johan and his father have lived at sea for as long as Johan can remember. Or at least since Johan was three, when his mother disappeared. Johan likes the ship as it has a greenhouse where they grow carrots and it has fishing nets. 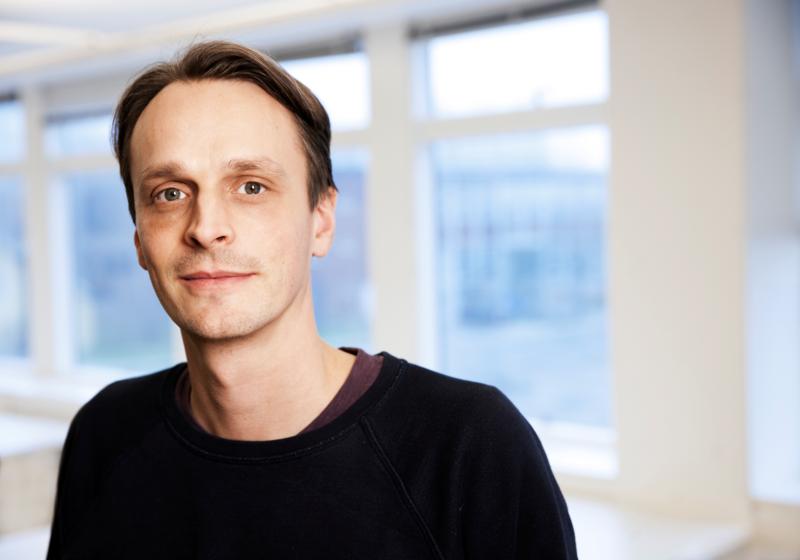 Animator, born 1977, Denmark. Former student of visual communication at Danmarks Designskole, Toft Jacobsen graduated from the National Film School of Denmark in animation direction in 2006. Freelance artist and animator on a number of computer games. 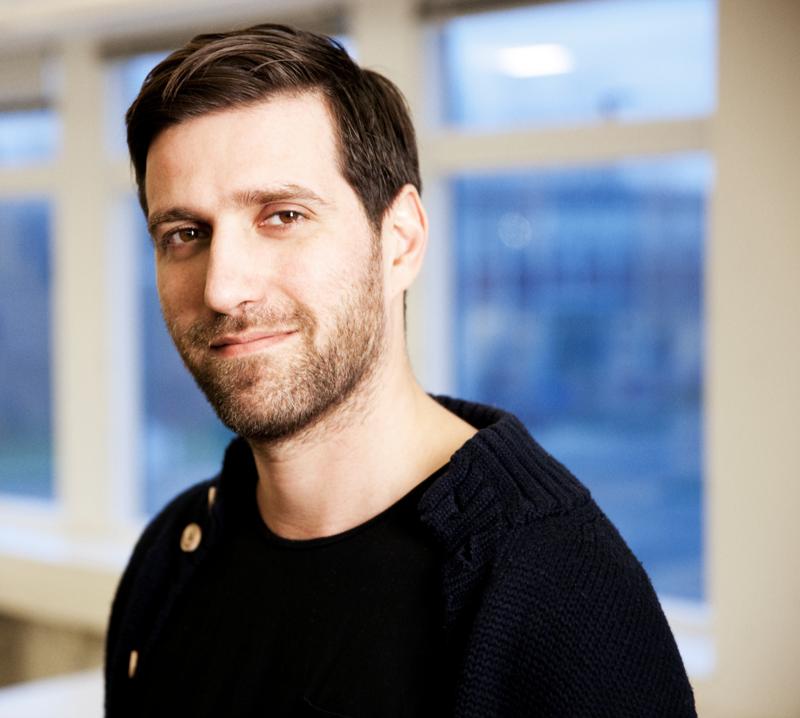 Screenwriter. Born 1978. Mosholt graduated in screenwriting from the National Film School of Denmark in 2005.