BERLIN 2017. Esben Smed, who takes his first lead in "Amina's Letters" premiering in March, is selected as one of ten European Shooting Stars, the promotional platform for young actresses and actors set up during the Berlinale. Louis Hofmann, who features in Martin Zandvliet's "Land of Mine," is Shooting Star from Germany.

From Denmark comes Esben Smed, and also Germany's Louis Hofmann, who plays in Danish director Martin Zandvliet's "Land of Mine," is in the line-up.

Each year during the Berlinale, the European Film Promotion presents ten young acting talents to the film industry, public and international press.

The four-day event culminates in the awards ceremony at the Berlinale Palast – for 2017 on Monday, 13 February – where each talent will be presented with the European Shooting Stars Award.

The talent platform is supported by the Creative Europe – MEDIA Programme of the European Union and the respective EFP member organisations.

Esben Smed, who has appeared in supporting roles in Kasper Barfoed's "Summer of '92" and the television show "Follow the Money," is taking his first lead in Jacob Bitsch's upcoming drama, "Amina's Letters," to premiere in March.

The jury comments on their choice of Smed as follows:

"This is one intense, high octane Dane. To meet him when he's angry is somewhat disturbing. And we mean this in the nicest possible way. Esben's presence is unquestionable and fills up the screen with great edge."

In "Amina's Letters," Smed plays Janus who has only one thing in mind when he is released from a secure psychiatric hospital – to find a girl named Amina. Her letters saved him from committing suicide while confined in the institution. Janus fears that Amina has come to grief and embarks on a detective-style journey through the streets of the big city to find her. His journey takes him into a paranoid and violent world, and it nearly costs him his life. He becomes so obsessed by the notion of Amina's tragic fate that only when it is too late does he realise that the person who needs saving is himself.

Anders Ølholm has written the script based on a novel by Jonas T. Bengtsson. The film is produced by Birgitte Skov for Toolbox Film with funding support from the Danish Film Institute. Esben Smed is represented by Lindberg Management.

Land of Mine star from Germany

Germany's Louis Hofmann, the youngest among this year's Shooting Stars, has won several awards for his perfomance as a young German soldier in Martin Zandvliet's "Land of Mine," which is Denmark's Foreign Language Oscar entry. 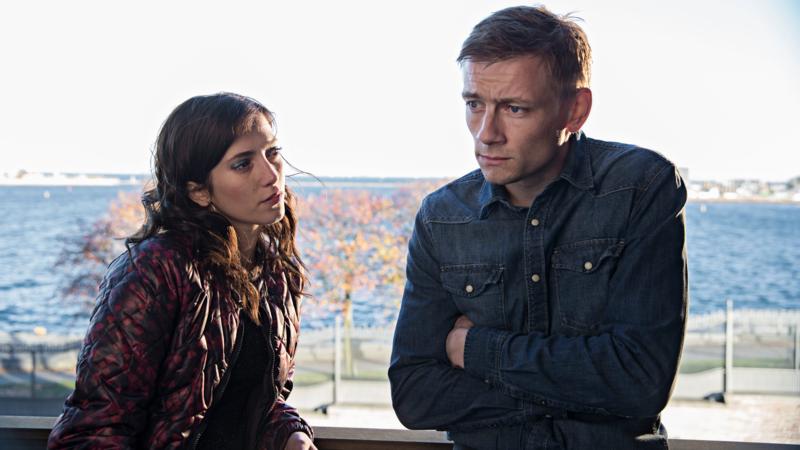 Janus, who has just been discharged from a psychiatric ward, is armed with a single mission. He must find Amina, his friend from high school – no matter the cost. The many letters he received from Amina while he was hospitalised gave Janus hope and a belief in the future.