BERLIN 2014. Kristoffer Kiørboe's "Son" is selected for Generation's short film competition at the Berlinale. Also in the children and youth programme is Esben Toft Jacobsen's animated feature "Beyond Beyond".

Already selected for the children's programme is Martin Miehe-Renards' "The Contest", as announced in December. Now the Berlinale has completed their line-up for the Generation programmes adding two more Danish directors in the competition for children and youth:

Son in Generation 14plus

Screening in the Berlinale's Generation 14plus short-film sidebar is Kristoffer Kiørboe's "Son" about 13-year-old August who is saddled with more responsibility than he can bear, when his father gives him a puppy.

August’s parents are divorced and the wounds from the breakup are still fresh, especially for August’s mother who won’t let him keep the puppy. For August, his father’s gift morphs into something more than a fuzzy pet. It becomes a complex and conflicted package of guilt, anger, divided loyalties and affection, bringing out the emotions that are already weighing down a heavy situation.

Director Kristoffer Kiørboe made his directorial debut in 2003 and made several short films before enrolling in the National Film School of Denmark, where he graduated in 2009. "Son" is produced by Nina Helveg for Frame By Frame with support from the DFI Film Workshop.

The little rabbit boy Johan embarks on a perilous journey in "Beyond Beyond". Photo: Copenhagen Bombay

Beyond Beyond in Generation Kplus

Esben Toft Jacobsen's animation feature "Beyond Beyond" will be screening in the Generation Kplus children's programme. He and screenwriter Jannik Tai Mosholt were also behind "The Great Bear", which was warmly recieved at the 2011 Berlinale. Now they are back with an enchanting animal fable about fortitude and loss.

Johan the rabbit boy and his father have lived at sea for as long as Johan can remember. Or at least since he was three and his mother disappeared. Johan likes the ship. It has a greenhouse where they grow carrots, and it has fishing nets. Johan is good at diving and at mechanics and helps his father repair the ship. One day when Johan’s father goes for provisions and Johan is left alone on the boat, he receives a distress call on the radio with a clue about his mother’s whereabouts. 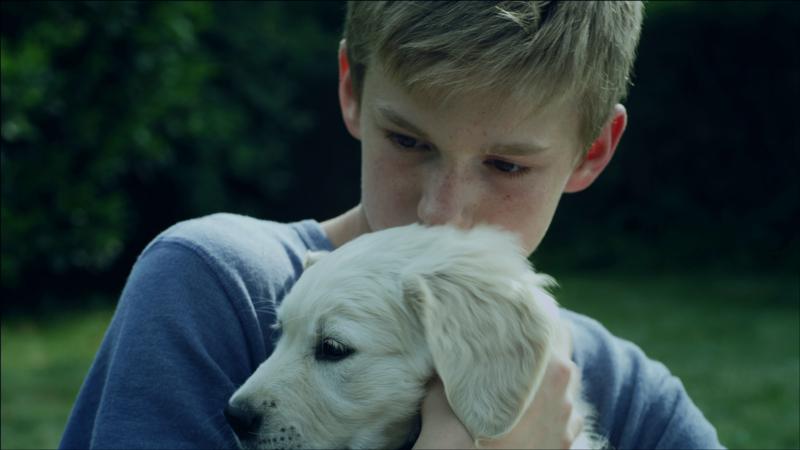