Two Danish short films are on show at Europe's number one festival for animation films in Annecy, taking place 10-15 June. Both 14 minutes long, "Hollow Land" and "Miniyamba" focus on the ever-important issue of immigration.

Fusing clay cut-outs, digital 2D and motion graphics, "Hollow Land" tells the story of Solomon and Berta who arrive in a land that promises respite from their many journeys. From the first optimistic moments after their arrival to the film's final haunting scene at sea, "Hollow Land" captures the state of being displaced – whether by circumstance or by choice.

The film is written and directed by Michelle and Uri Kranot and produced by Marie Bro for Dansk Tegnefilm in co-production with Marc Bertrand, the National Film Board of Canada, and Dora Benousilio, Les Films de l'Arlequin of France. Supported by the West Danish Film Fund, the National Film Board of Canada, CNC, Arte and The Animation Workshop in Viborg.

Luc Perez's "Miniyamba" centres on Abdu, a young Malian who, like thousands of people around the world, leaves his homeland. He has decided to reach Europe, a trip that takes him to the Niger River and to the barbed wire of the Ceuta, where dreams are confronted with the harsh reality and the distant lights of the West.

The music, playing an important part in the film, is composed by Moussa Diallo. All frames are hand-drawn in ink and charcoal tempera. The film is produced by Vibeke Windeløv for Bezzo Productions in co-production with 24 images and has received support from the Danish Film Institute.

The director Luc Perez was in Annecy with his previous short film, "Shaman" (2008), which was also showcased at the Toronto World Wide Short Film plus a host of other renowned festivals. 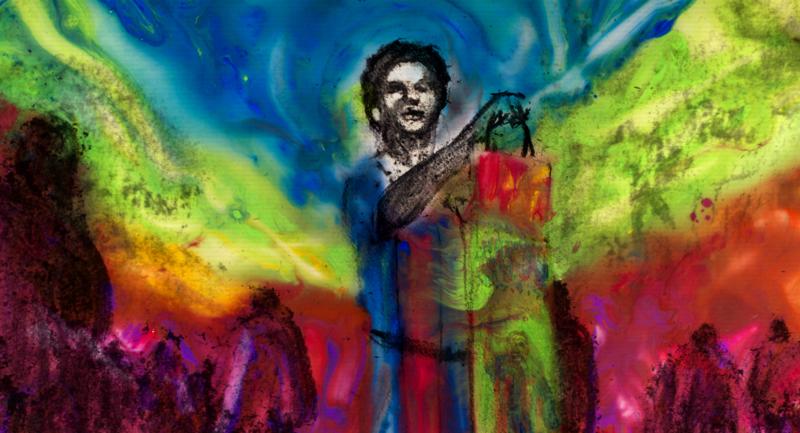 Like thousands of people around the world who every day leave their homeland, Abdu, a young Malian, has decided to reach Europe. A trip from the Niger River to the barbed wire of the Ceuta near Barcelona, where dreams are confronted with the harsh reality, the distant lights of the West..