INTERVIEW. Director Shahrbanoo Sadat and producer Katja Adomeit will premiere their third collaboration, 'The Orphanage', in Directors' Fortnight in Cannes. Set in Kabul during the pro-Soviet government, the film is a drama with musical elements about a 15-year-old boy's life in a Sovjet orphanage before the outbreak of the civil war.

The tightly knit director-producer pair have known each other since 2012, where they met at the international talent initiative DOX:LAB during CPH:DOX, where young filmmakers from around the world, who are formed by different film cultures, create films together. Here, they made the film 'Not at Home'.

The Orphanage to Cannes

Shahrbanoo Sadat's 'The Orphanage' is making its world premiere in Directors' Fortnight at the Cannes Festival, running 14-25 May.

In 2016, Sadat received the Directors' Fortnight's main prize for her first feature film, 'Wolf and Sheep'. Both films were produced by Katja Adomeit for Adomeit Film.

Next, Adomeit produced Sadat's feature debut 'Wolf and Sheep', which took home the main prize at Directors' Fortnight in Cannes 2016. Now they're ready with 'The Orphanage', a continuation of the story from the previous film. And they're already discussing how to approach the third out of five planned features based on the childhood memories of Sadat's friend Anwar Hashimi.

"Shahr is the director, I'm the producer. But I think our collaboration is very special because we discuss everything. Shahr is also a co-producer, so she is also involved in all the applications and financing decisions," says Adomeit who in turn gives her opinion in creative matters.

The Soviets gave him a home

'The Orphanage' follows 15-year-old Qodrat in Kabul in the late 1980s, when Afghanistan was invaded by the Soviet Union in support of the country's communist government. Qodrat lives on the street and sells cinema tickets on the black market, but when he's captured by the police, they place him at a Soviet orphanage. Here, the children are raised to be communists, learn Russian and are sent to Moscow for summer camp.

In a way, the time is similar to the situation today, where young people also pay a high price for a war that isn't theirs.

Shahrbanoo Sadat sees the orphanage, based on a real orphanage, as a symbol of Afghanistan's diversity. At the home, children from different backgrounds lived together in harmony – as opposed to outside the walls, where the resistance was developing into a civil war. The war broke out in earnest with the fall of the communist government in the Republic of Afghanistan in 1992 by the Mujahideen, before the Taliban took over Kabul in 1996 and reinstated strict Islamic laws.

"For me, the orphanage represents a golden time in Afghanistan. My friend Anwar had a positive experience there. He was an orphan, and the Soviets gave him a home, an education, a life and a future," says Sadat. 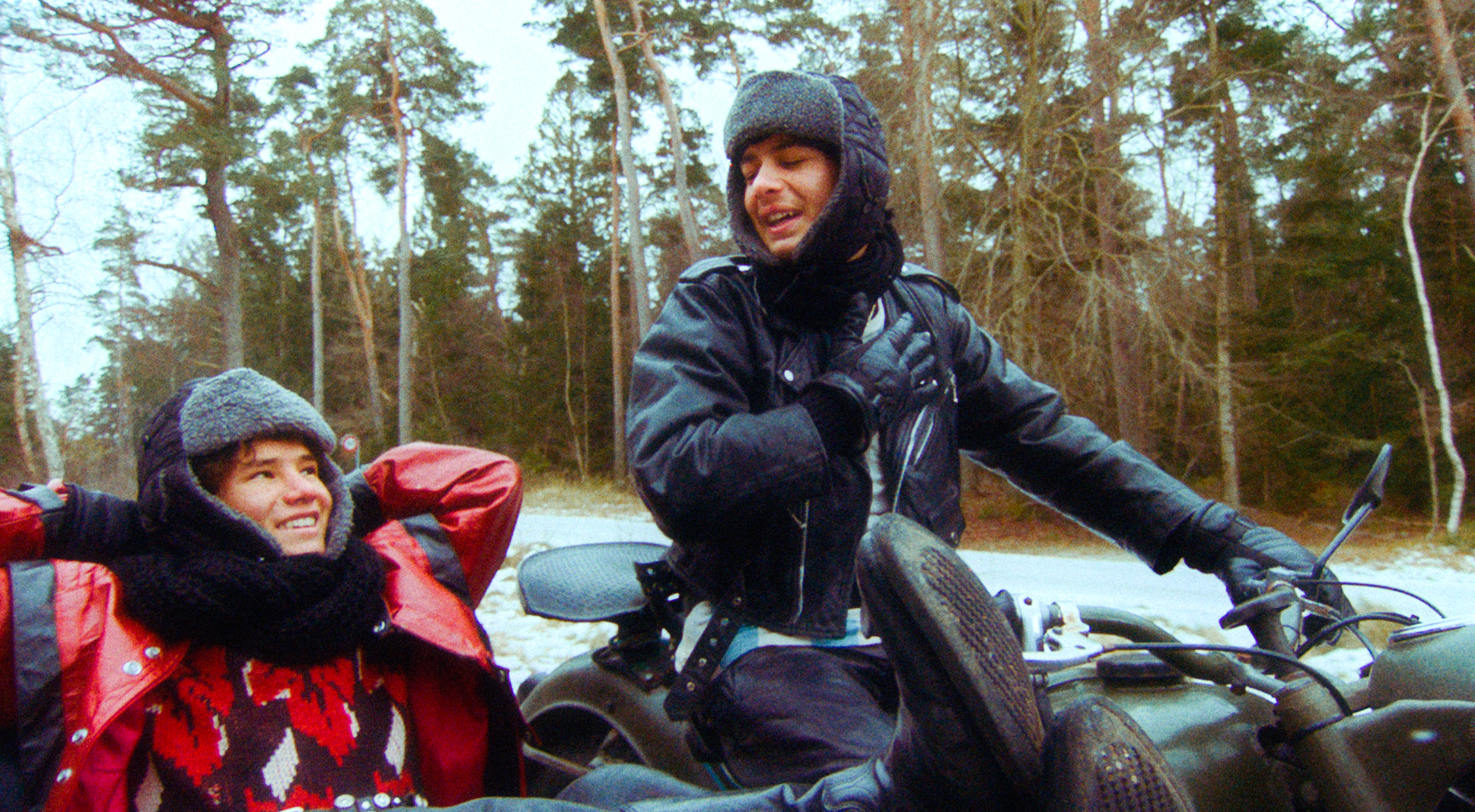 "In Europe, the Mujahideen were seen as heroes, because they fought against the Soviets. But they were not. The people of Afghanistan hate them because they killed so many people and destroyed their own country. I wanted to focus on that time in history because no one in Afghanistan talks about the civil war or the massacre that was happening,"

Among the subjects that aren't talked about according to the director is the fact that the area of the orphanage was bombed for 48 hours by a group of Mujahideen until there was nothing left. No one knows how many children managed to escape, and how many died.

"In a way, the time is similar to the situation today, where young people also pay a high price for a war that isn't theirs," says Sadat.

Bollywood songs as an emotional vent

In the film, Qodrat is a Bollywood fan, and he imagines himself in Bollywood scenes in musical sequences. Thus, the film communicates the otherwise quiet teenager's emotions and dreams – in the same way that many Afghans get to vent their emotions in the cinema.

"Us Afghans aren't very external or expressive. I think the wars have made people close off their emotions to protect themselves. At the same time, we are so much in love with Bollywood, where the characters express their emotions in a very dramatic way. Everything is on an extreme level, and we just love it," tells Sadat.

The fantastic scenes contrast the scenes of the daily life at the orphanage, but in general the film is less documentary-like than 'Wolf and Sheep', about a group of children shepherds in a mountain village.

"In 'Wolf and Sheep', the players lived their lives in front of the camera. Here, the children are acting more, because they're not familiar with the time the film takes place in."

More about The Orphanage

'The Orphanage' is co-produced with La Fabrica Nocturna Cinéma in France, Samsa Film in Luxembourg and Wolf Pictures in Afghanistan.

The director still uses non-professional actors. She sees casting as key and spent a year finding the right children at schools in Kabul. The adult parts are also played by non-professionals, because she likes working with people she knows who don't expect her to hold all the answers as a director.

"I need the exchange. For example, I asked Anwar (whose unpublished memoir the film is based on, ed.) to play the supervisor of the orphanage, and being on the set made him remember a lot of details that he forgot to tell me. For instance, he speaks in a very oldschool way that no one talks like today and that I would never have been able to write.

Both the shooting and the financing of 'The Orphanage' has been a challenge. Shahrbanoo Sadat and Katja Adomeit agree to admire the other's tenacity.

"I'm very impressed in the way Katja is fighting for the projects and the work she puts in each application. I often feel like if I was her, I would just give up," says Sadat.

"I feel the same way about Shahr. There is no way for Shahr to ever give up – she continues until her work is perfection," responds Adomeit, who also highlights another positive trait.

"I admire Shahr's specific vision and point of view that she both expresses in her film and when you talk to her. It's new, it's fresh. It's an opinion I've never heard before."

For that reason, Adomeit doesn't even question whether to produce a project that Sadat brings to her. "It's a given." 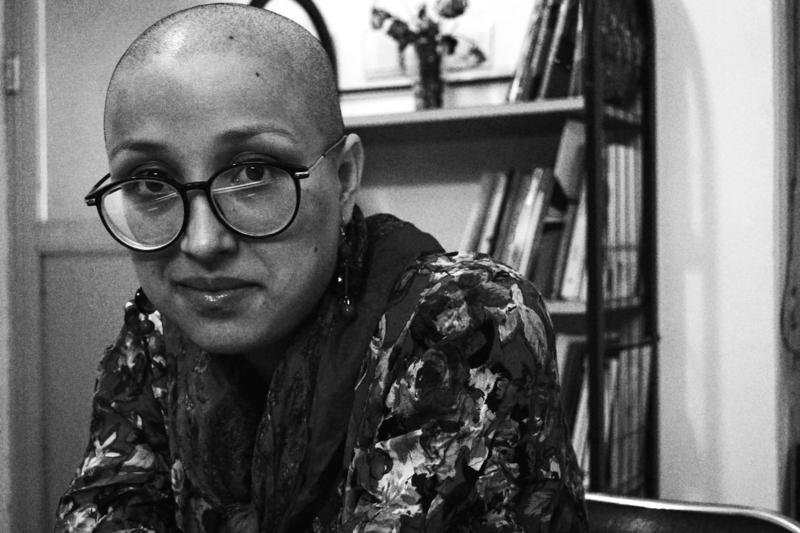 Shahrbanoo is an Afghan female writer and director, based in Kabul. 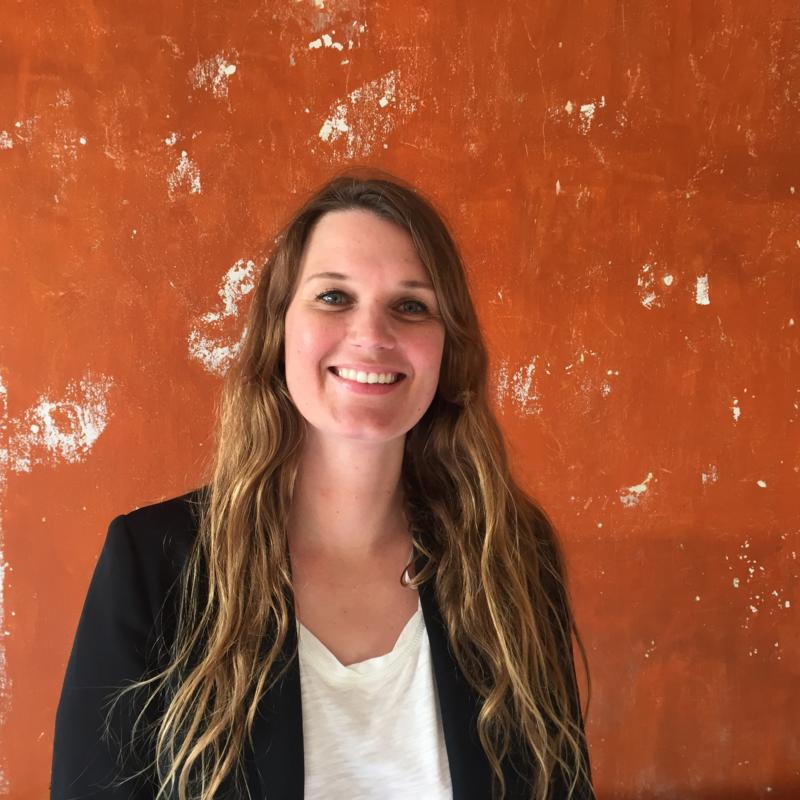 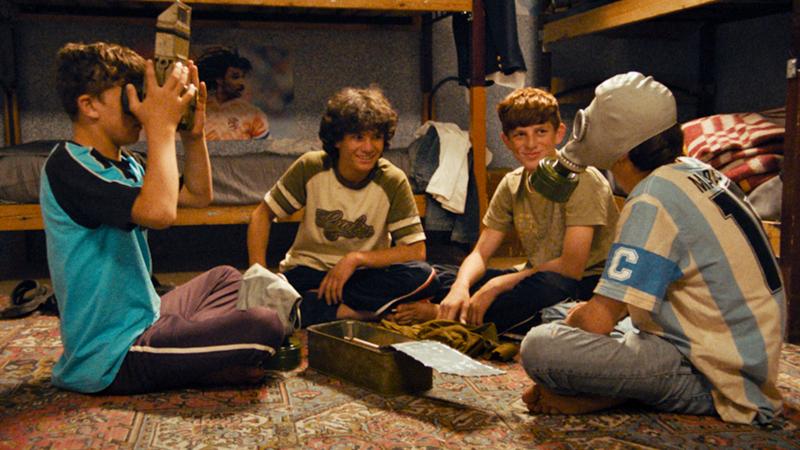 In the late 1980s, 15-year-old Qodrat lives in the streets of Kabul and sells cinema tickets on the black market. He is a big Bollywood fan and he daydreams himself into some of his favourite movie scenes. One day, the police bring him to the Soviet orphanage. 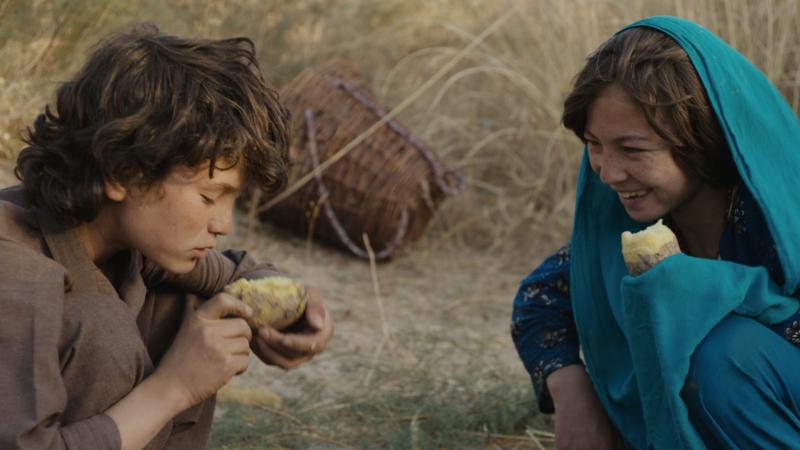 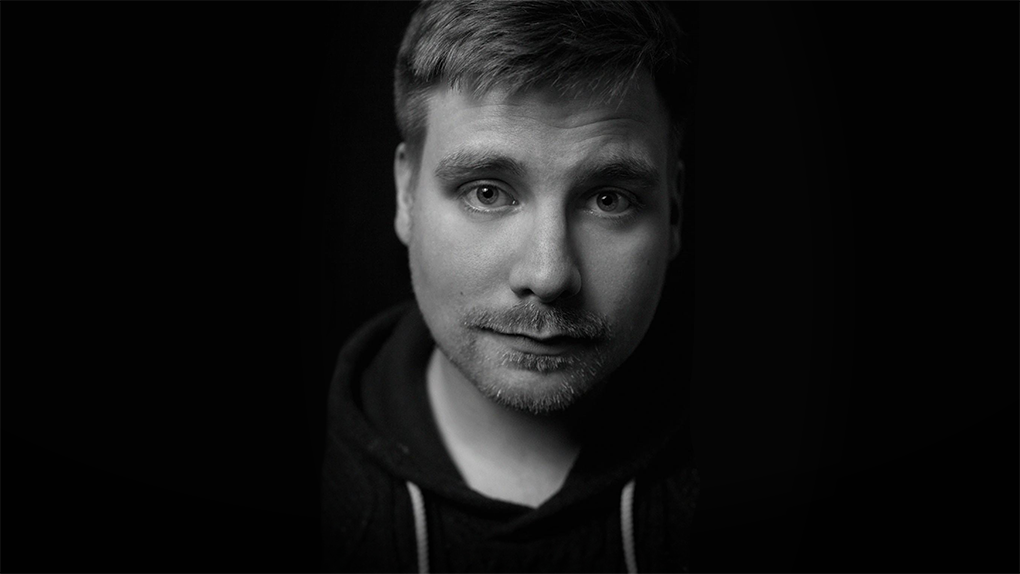 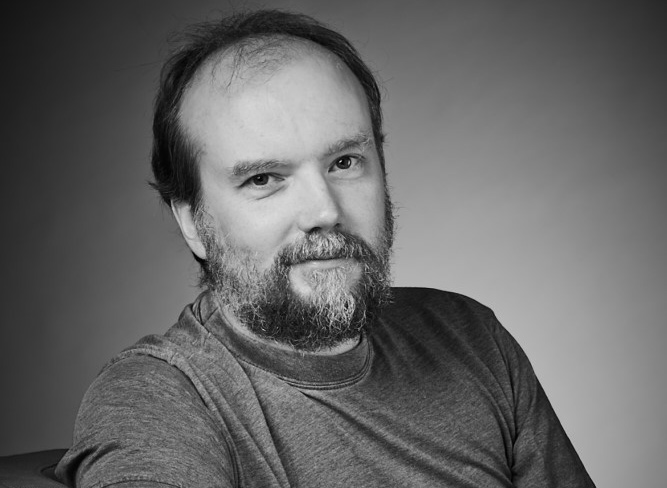 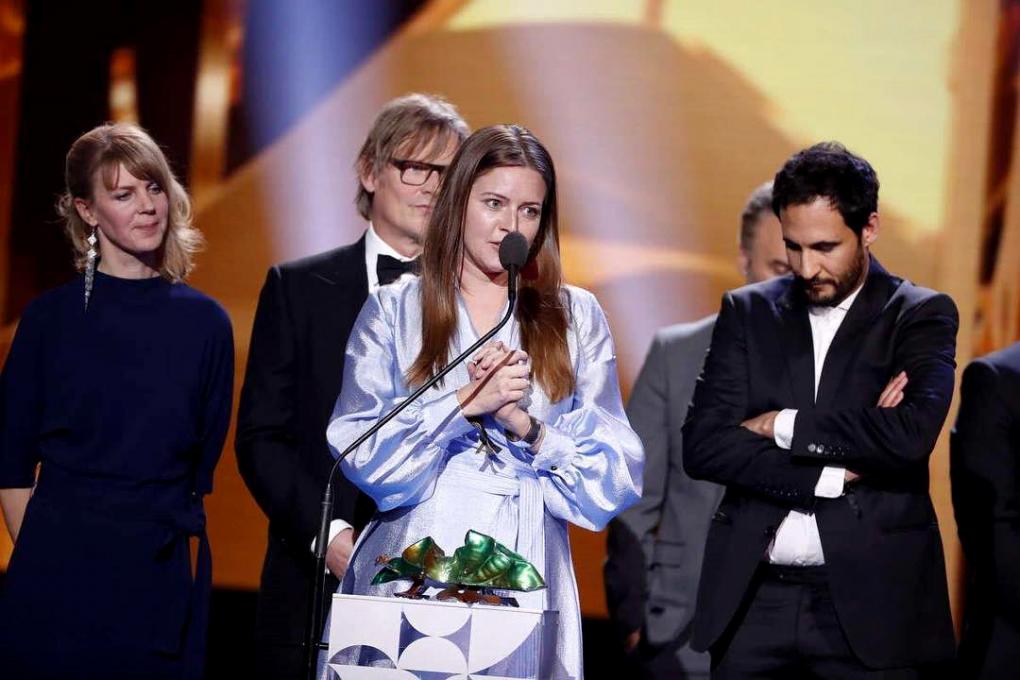