Closer to the Audience: the Danish Film Institute strengthens the bond between industry and audience

AUDIENCE. Audience perspectives and audience engagement is high on the Danish Film Institute’s agenda. A threefold initiative aims to strengthen the industry’s insights into its audiences, enabling Danish film to maintain its high level of relevance and importance. Read more about the initiative known as 'Closer to the Audience'.

The battle for viewers has heated up in recent years. Competition for eyeballs is cutthroat in a market bursting with audiovisual entertainment. Creating relevance, value and importance is a prime challenge for today’s filmmakers.

With the 'Closer to the Audience' initiative, the Danish Film Institute wants to support and inspire the film industry to be even better at unfolding their films' commercial and cultural potential, so that the audience will continue to see them as relevant, diverse and appealing.

'Closer to the Audience' builds on the idea that insights into a film's audience at an early stage is essential in securing their engagement. What matters to the audience in today's media landscape? More specifically, how do the stories, themes or characters relate to them? Why would they engage with the film? To answer these questions, a change in perspective is needed. Filmmakers must dig deeper in understanding their audiences.

Creative freedom still remains a cardinal point of filmmaking, of course. With 'Closer to the Audience’, however, the Danish Film Institute aims to inspire filmmakers and the industry to challenge entrenched ideas and beliefs about the audience, and to seek an actual understanding of real audiences, their views, needs and hopes.

'Closer to the Audience' is being rolled out on three main tracks: a funding scheme, a series of industry workshops and upgraded knowledge sharing. Overall, it is aimed at players across the business from creatives and producers to distributors and marketers, and it embraces all phases of filmmaking from development and production to promotion.

The initiative started in 2020 and will run until 2022, and it is headed by audience expert Sanne Juncker Pedersen,

The basic building blocks of 'Closer to the Audience' have been established in close partnership with the film industry. They spring from a series of qualitative interviews and workshops with directors, screenwriters, producers, distributors and PR people about working with audiences and identifying challenges.

As a result, the initiative's three main strategic tracks were laid out:

A new funding scheme dedicated to innovative audience research. The scheme supports all kinds of in-depth audience research, AI and data-driven analysis and mapping of digital conversations about specific subjects and audience development in general. The primary targets are feature films and feature-length documentaries, in development or production. Applicants are creatives and producers in collaboration with professional stakeholders. Launched in 2020, the scheme has, as of October 2021, funded 20 initiatives.

With an annual budget of EUR 500,000, the scheme is a supplement to existing schemes for marketing Danish films.

A 4-6 hour interdisciplinary workshop offered to films in development. The format consists of tailor-made minitalks and curated presentations of audience insights, aimed to stimulate conversation about specific audiences and what we already know about them. The workshop will also feature a range of film specific questions to help facilitate conversations about connecting the audience with the story, characters, themes, genres, emotions and reflections. The director, scriptwriter and producer are at the centre of the workshop, although participants will also include people from distribution, public relations and others from the industry, as well as experts from the Danish Film Institute.

The goal is to ensure that everyone involved in the film, from development to marketing, shares a common "language" when talking about audiences. An important ambition is also that the audience perspective is revisited throughout the development, production and positioning of the film.

A new digital space launched on the Danish Film Institute's website, dfi.dk (winter 2021). The space builds on a overall communication strategy dedicated to spreading knowledge and awareness of audience research, methods, tools and initiatives. In this online 'knowledge universe', the industry can find and share insights, experiences and best practices, in the shape of articles, reports, data and videos.

The site will also provide new tools allowing the industry and the public to access audience profiles for specific films or series, look up admissions figures or see how many people have seen a film or series across multiple platforms. 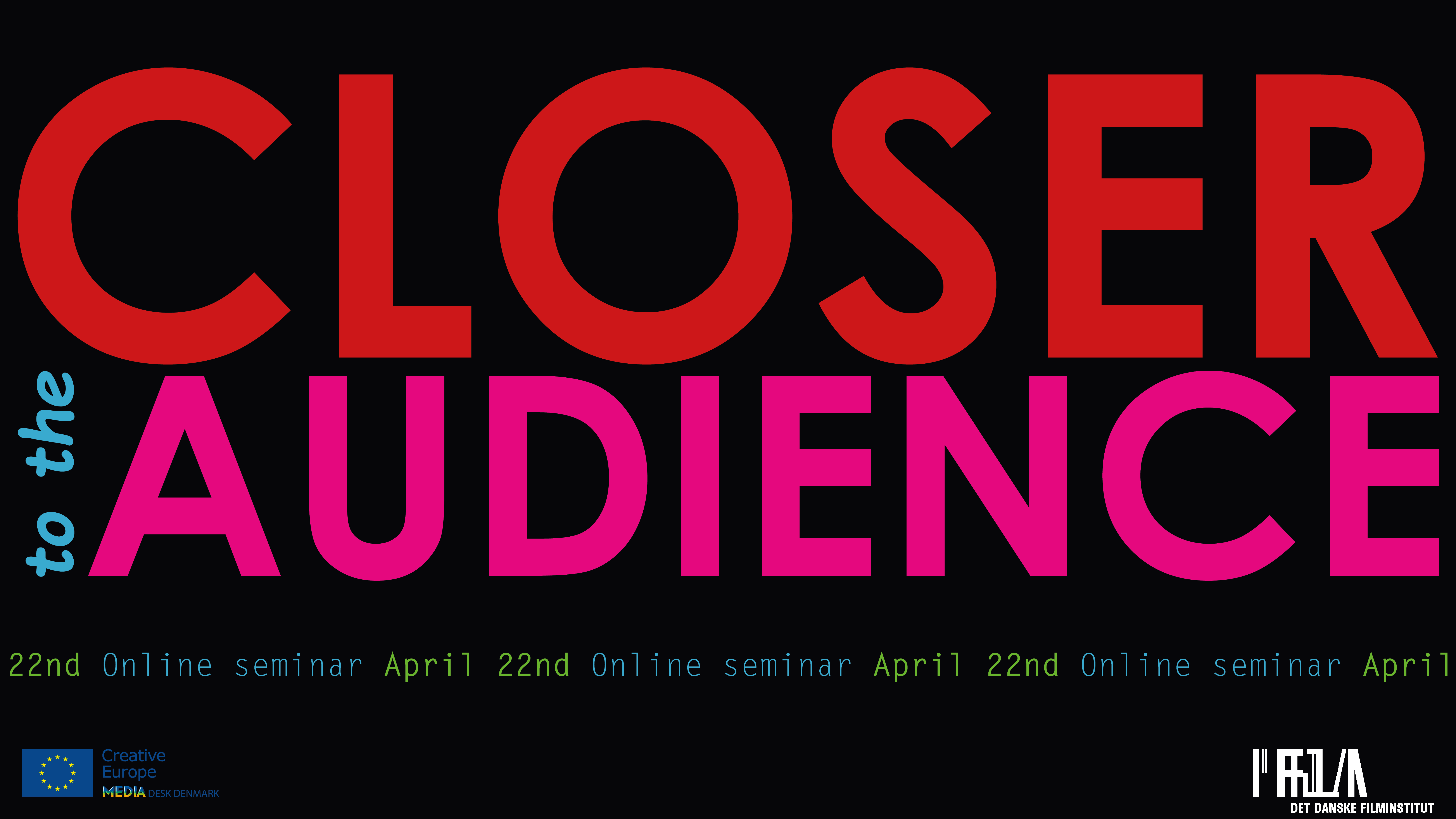 Sanne Juncker Pedersen talks about 'Closer to the Audience' (April 2021)

Tags: CLOSER TO THE AUDIENCE - ENGLISH