Danish projects win every third prize at the Emile Awards

AWARDS. 'The Heroic Quest of the Valiant Prince Ivandoe' took home top honours at the European Animation Awards held on Saturday, 8 December, in Lille. Six out of the evening's eighteen Emile trophies went to Danish projects.

Representatives from Europe's animation industry were gathered on Saturday, 8 December, in Lille for the second edition of the European Animation Awards. A total of eighteen Emile trophies were given out, with every third of them awarded to a Danish project.

A big winner of the evening was 'The Heroic Quest of the Valiant Prince Ivandoe' directed by Christian Bøving-Andersen and Eva Lee Wallberg. The short series won, in the TV/Broadcast section, all of its four nominations – for Best Direction, Best Storyboard, Best Character Animation and Best Background & Character Design. 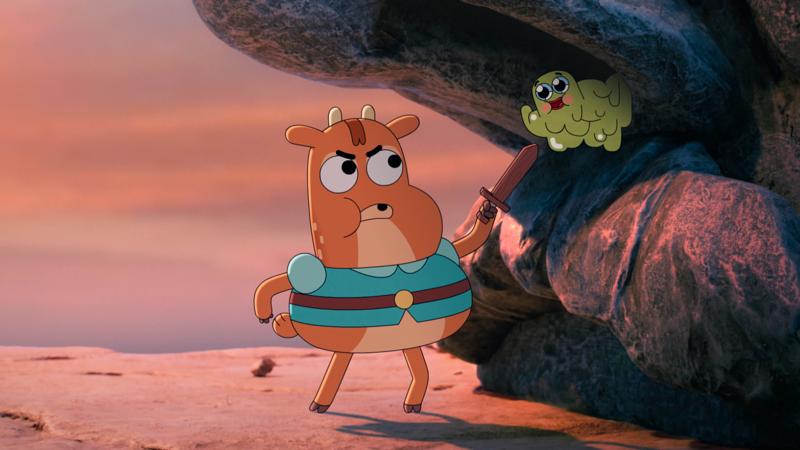 The Heroic Quest of the Valiant Prince Ivandoe

The short series tells the story of Prince Ivandoe of the forest. One day he will succeed his father, the Mighty Stag, and rule as king. Ivandoe is blessed with a great deal of self-confidence and knows for a fact that he is the bravest, noblest and handsomest warrior-prince that ever drew breath! In reality he is a cute, round, clumsy young buck with limited physical ability.

Charlotte de La Gournerie and Petter Lindblad for Copenhagen-based Sun Creature Studio produced the series, which is the first original Danish title made for Cartoon Network, with funding from the Danish Film Institute's Public Service Fund.

Kim Fupz Aakeson and Ida Mule Scott won Best Writing in a TV/Broadcast production for 'Vitello Gets a Yucky Girlfriend' directed by Dorte Bengtson and produced by Ja Film, while Magnus Igland Møller took home Best Achievement in a Commissioned Film for 'A Most Precise and Nuanced Look into the Life of the Man, Legend and Visionary – Martin Luther' produced by Tumblehead.

In addition, Danish animator Sandra Andersen won an award for her work on character design in Nora Twomey's feature 'The Breadwinner' by Irish Cartoon Saloon.

A total of eight productions and co-productions from Denmark were nominated for the European Animation Awards on 8 December. Thus, the list also included 'The Incredible Story of the Giant Pear' by Philip Einstein Lipski, Jørgen Lerdam and Amalie Næsby Fick, 'Rita and Krokodille – Blueberries' by Siri Melchior, 'Lystfiskeren' by Sara Aunbirk and finally, in co-productions, 'Luis & the Aliens' (A. Film) and 'Egg' (Latelove Production). 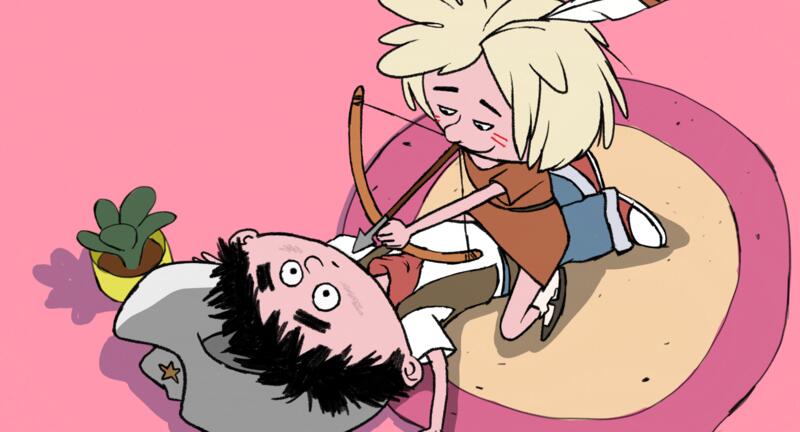 Gets an Icky Girlfriend

Vitello doesn’t play with girls, and the girl, Kamma, his new neighbor, is definitely a girl. A girl who says she has a crazy hamster. And Vitello really wants to see a crazy hamster, but when he visits her to see the hamster, Kamma suddenly tells Vitello that he’s her boyfriend…

'Prince Ivandoe', a 10 x 3 minute series, follows the young prince of the forest, Ivandoe, who is tasked by his father, The Mighty Stag, to go on a quest and return with the magical Golden Feather of the fearsome Eagle King. Accompanied by his dedicated squire, a small bird called Bert, Ivandoe embarks on an epically silly adventure, discovering new and mysterious areas of the forest and an array of peculiar creatures along the way.

Cartoon Network launched the series as an online interactive digital play, alongside the linear roll-out. 'The Heroic Quest of the Valiant Prince Ivandoe' first aired in November 2017 and is also available on Toonix.