The Darkness Growing Inside

INTERVIEW. Ali Abbasi's first feature, "Shelley," is a horror story of a young couple and their surrogate mother that springs from the director’s deep interest in life’s, and especially the mind’s, unsolved mysteries. Berlinale Panorama.

Film is a good medium for visualizing what can't be seen. Two hundred years ago I would probably have been a priest.

Now, the Iranian-born director is bringing out his first feature, "Shelley," a self-styled "psychological chiller" that plays around with the codes of the horror genre in its eerie portrayal of a childless couple, Kasper and Louise, who go to extremes to build a family – and are gruesomely punished for it.

In their look and palette, Abbasi's two works could hardly be more different. Every frame of his graduation film is aglow with flickering reds and with feverish camerawork constantly switching between distant long shots and super close-ups – while Abbasi's directorial debut is dominated by long takes of coolly observed, bluish natural surroundings.

And, while "M for Markus" is an expressionist exposure of the subconscious which draws on crime genre tropes, "Shelley" is much more linear and aesthetically restrained, centring on the relationship between its two main leads, Louise and the surrogate mother Elena, played by Ellen Dorrit Petersen ("Blind") and rising star Cosmina Stratan ("Beyond the Hills").

Style Confusion Is Not a Liability

When Ali Abbasi went to film school, his instructors and fellow students would often urge him to pick a style. They didn't like that his films went in such different directions, he says. But to Abbasi, "style confusion" is not a liability or a sign of indecisiveness but an artistic asset. He considers changing aesthetic preferences to be a natural result of ongoing technological developments and an expression of a unique attunement to constantly changing landscapes, cultural as well as political.

"If you look at our very own Lars von Trier, I think he is a real auteur," Abbasi says. "There's a big difference between the things that occupied him and the equipment that was available to him, when he was 20 and when he was 50, and his changing style shows that."

With his formally experimental films and von Trier as his role model, you could be forgiven for thinking that Abbasi as a filmmaker sees himself as an Artist with a capital A. In fact, the 34-year-old director is hesitant to even place himself in that category.

Abbasi may be a stylistic chameleon, but scratching the surface of his films a bit reveals an underlying thread. The thread originating in his concern with our innermost layers and everything that goes on between heaven and earth – all the things that don't have a logical explanation.

"These are the things that interest me the most. People's inner landscape, or inner life, which is not the same as psychology but is more about all the things you can't control. Things you'd rather forget, but maybe you can't. Dreams, irrational acts."

In "Shelley" this is expressed through the young surrogate mother, Elena, whose pregnancy is anything but painless. A scene of Louise giving Elena a bath makes it apparent how bad things are. Even though the water is only lukewarm, Elena screams in pain as if she's been scalded, and she's convinced the baby she's carrying is to blame. But how much is psychological and how much is somatic when Elena has her fits of hysteria?

Abbasi deliberately shrouds the answer in ambiguity, keeping the audience in a limbo between equally unstable inner and outer realities throughout the film.

Between Arthouse and Horror

Abbasi, who is the author of several works of fiction and has a BA in architecture, has dabbled in several different professions, but in cinema he seems to have found the form of expression that best suits his profound interest in the still unsolved mysteries of life – and the mind.

"Film is a good medium for visualizing what can't be seen. Two hundred years ago I would probably have been a priest. The church is a good place to explore the invisible," Abbasi says. "It simply has to do with certain phenomena that exist but are hard to put into words, phenomena that are hard to express in any other form."

The interesting thing about the cinematic medium is that it exists "somewhere between a philosophy book and a pop song," as Abbasi puts it. Somewhere between highbrow arthouse, sparking deep reflection on life, and lowbrow, escapist entertainment that lets you switch off your mind and just feel.

This inherent tension is especially pronounced in "Shelley." The film is related to acclaimed Nordic Twilight works like the Swedish filmmaker Tomas Alfredson's "Let the Right One In" (2008) and the Danish director Jonas Alexander Arnby's "When Animals Dream" (2014) in its allegorical use of horror elements that not only give the audience goose bumps but are also used to make subtle points of social criticism.

"What I like about the horror genre is that it allows us to imagine something else: What if the world didn't look like this? In the real world, nothing would happen to people like Louise and Kasper. They'd get their daughter and that would be it ... But, as a filmmaker I have the power to make something else happen."

In "Shelley," Abbasi has made an original thriller/horror story that works both as freaky nightmare splatter and as veiled vengeance against contemporary bad guys like Louise and Kasper who use their privileged status to put the squeeze on society's weakest members.

Find more about film and director in factsheets right. 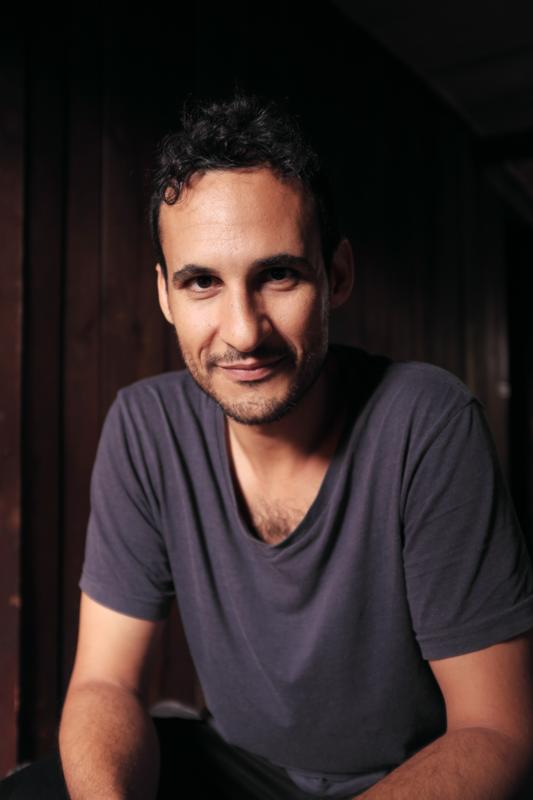 Director. Born 1981, Iran. In 2002 he gave up his studies at Teheran Polytechnic University and travelled to Europe, where he finally settled in Stockholm, Sweden.