Everybody helps everybody else and gains from it creatively

INTERVIEW. Combining Spanish and Latin American directors who think outside the box with the Danish focus on script and the producer role has led to successful co-production partnerships for Danish production outfit Snowglobe, says producer Katrin Pors. She and her company are in Cannes with two co-productions from Colombia and Spain, recpectively.

Snowglobe of Denmark is co-producing the Colombian co-directors Ciro Guerra and Cristina Gallego’s period drama 'Birds of a Passage' and Spanish director Jaime Rosales's drama 'Petra.' Both films have been selected for Director's Fortnight at Cannes. Producer Katrin Pors, who has years of experience working in Latin America, discusses the two partnerships.

How did the partnership on 'Petra' come about?

"I attended film school in Cuba with 'Petra''s Spanish producer Barbara Diez and director Jaime Rosales. We had been talking about making a film together for more than a decade. With 'Petra,' everything finally clicked. Eva Jakobsen, Mikkel Jersin and I had just founded Snowglobe and wanted to work with the Spanish-speaking world, because I have worked there for so many years and have so many great contacts. So, we decided to make 'Petra' together early on in the development phase.

"Jaime had never made a film with music before, so we wanted to bring in an experienced composer he could trust. We contacted Kristian Eidnes Andersen, who is Lars von Trier’s composing partner, and he came on board. They have tried to work in new ways. Kristian wrote all the music before the shoot, and the film was shot to the music. It is 100 percent a capella, which is a radical choice. 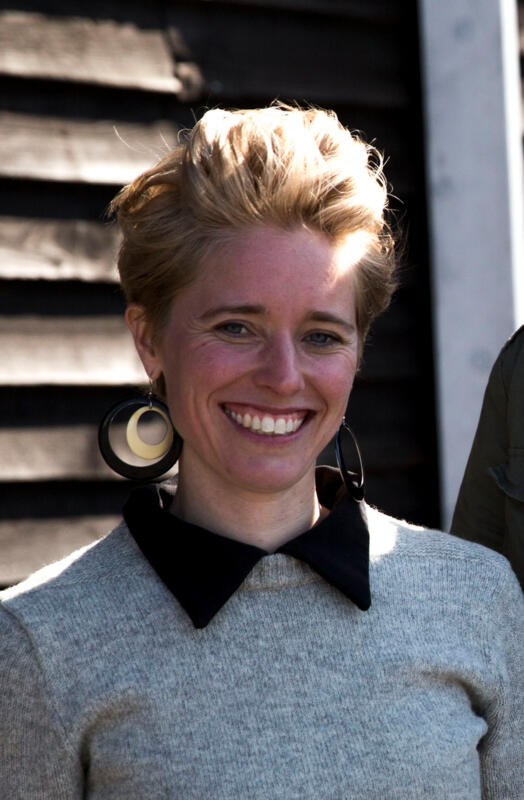 "Also, there was a good part in the film for the Danish actress Natalie Madueño, who has Spanish parents but has never acted in Spanish before."

What attracted you about the project?

"It’s a great story, a classic Greek tragedy about family ties in Spain that speaks volumes about Spanish culture. It’s very Spanish, but it’s also a universal, visceral drama anyone can relate to. It’s broader and more narrative than Jaime’s earlier films, but it still has a very distinct artistic voice."

What about the partnership on 'Birds of Passage'?

"I lived in Colombia for a few years before we founded Snowglobe and have a Colombian company where I was developing 'Birds of Passage' with Ciro Guerra. It was only natural that I continued producing it, so I financed and executively produced the film, and co-produced it for Snowglobe."

Why do you think this is an important film?

"A lot of stories have been done about drug trafficking out of Colombia – by Latin Americans, Americans and Europeans. But the deeper story of how it all began with sales of marijuana to American youth in the 1970s has never really been told. It has all been slam bang or Pablo Escobar. We wanted to tell a story about real people, and about how the drug trade that later became the greatest tragedy in Colombian society all began.

"Ciro knows how to make a film at a very high level of artistry that is also capable of reaching a very big audience. This is the biggest film ever made in Colombia. It has been a long and tough journey, and we’re extremely proud of the finished film."

What do you get out of these partnerships?

"As a production company, we have learned so much. So many doors have been opened by working with some of the best directors in the world, and it’s been a real learning experience for the Danish members of our crew to test their mettle with a big league director.

A lot of stories have been done about drug trafficking out of Colombia. But the deeper story of how it all began has never really been told. It has all been slam bang or Pablo Escobar. We wanted to tell a story about real people.

"The partnership works the other way, too. A lot of the directors we work with join our Danish projects as consultants or sparring partners. The effect of this is that everybody helps everybody else and gains from it creatively.

'Petra' is supported by the Danish Film Institute's scheme for minor co-productions.

The film is selected for Directors' Fortnight at the Cannes Festival 2018.

"For one of our next Danish-produced films, which is going into production now, we had Amat Escalante, who we worked with on 'The Untamed,' on board as a consultant, while David Gallego, the DP on 'Birds of Passage,' is in Denmark shooting right now. We have a lot of partners who come along from one project to the next, which raises the level of our Danish projects and makes them stand out.

"Creatively and financially, it has been good for us as a new company to gain insight into different ways of working than the standard Danish and European ways."

Is there a big difference between working methods?

"In simple, practical terms, there is very little funding in South America. Those who get to make a film have often struggled long and hard and poured blood, sweat and tears into it on a whole other level than in Denmark.

About Birds of Passage

Among the other professionals with ties to Denmark are Copenhagen-based Carlos Garcia and Claus Lynge on sound, Sandra Klass on colorgrading and Nordisk Film Short Cut on visual effects.

'Birds of Passage' is supported by the Danish Film Institute's scheme for minor co-productions.

The film is selected for Directors' Fortnight at the Cannes Festivalen 2018.

"The directors we work with operate at a level where they are able to think outside the box a little bit more and be more free about the things they do, because no one is influencing them along the way. For better or worse, they tend to go out on a tangent without consciously or unconsciously trying to fit into a box. For instance, I don’t know if 'The Untamed,' which we co-produced, would ever have made it through a European funding system."

What can you and the other Danish filmmakers contribute?

"In Denmark, we tend to work with the trio of writer, director and producer. We are more involved in the screenwriting and spend years developing the story. In Denmark, the producer is more active creatively than in Latin America, where there is more respect or fear about challenging the director.

"A lot of the great directors we have worked with are not used to having an opinionated producer, but I think they have enjoyed being challenged. I think it’s healthy to have a producer who asks questions and participates creatively instead of just raising funds."

Snowglobe was established in 2015 by producers Katrin Pors, Eva Jakobsen and Mikkel Jersin. Their first film, the Bulgarian-Danish co-production 'Godless' by Ralitza Petrova, won the main awards at both the Locarno Festival and CPH PIX in 2016.

The company has also co-produced Amat Escalante's 'The Untamed' and Joachim Trier's 'Thelma.'