'A House Made of Splinters' wins at Sundance

SUNDANCE. Simon Lereng Wilmont's 'A House Made of Splinters' receives the Sundance Film Festival's award for best directing in the international documentary competition.

As the 2022 Sundance Film Festival drew to a close on Friday, Simon Lereng Wilmont was announced the winner of the World Cinema Documentary Directing Award for 'A House Made of Splinters'.

The film is set in Eastern Ukraine, where the war takes a heavy toll on poor families living near the frontline. We follow a small group of strong-willed social workers who strive tirelessly in a special kind of orphanage to create an almost magical safe space for kids to live in while the state authorities and courts decide the future fate of the child and family.

Sundance reviews and reactions commend Wilmont for his tender approach. "This is a delicately observed film that affords its subjects empathy and respect. 'Splinters' may sound unbearably bleak on paper, but this is truly a story of hope," writes POV.

"In the (…) exquisitely intimate documentary, (…) the camera waits with (the children), quietly observing a fragile limbo period from which life can go in any number of directions," says Variety.

'A House Made of Splinters' is a follow-up to the director's 'The Distant Barking of Dogs', also bringing us close to the lives of children in war-torn Eastern Ukraine. The film from 2017 won a string of awards, including for best first film at IDFA.

Monica Hellström has produced for Final Cut for Real. Renowned for award-winning documentaries, the company also took home two prizes from last year's Sundance fest for 'Flee' and 'President'. Both films are currently shortlisted for the Oscars.

'A House Made of Splinters' will be celebrating its European premiere in the Nordic competition at the Göteborg Film Festival, starting 28 January.

At the Sundance prize event 'The Territory', co-produced by Denmark's Sigrid Dyekjær through her company Real Lava, received the Special Jury Award for Documentary Craft as well as an audience award.

Read more about the Sundance Film Festival at sundance.org.

Also selected for the 2022 edition was Christian Tafdrup's 'Speak No Evil', running in the Midnight section.

Danish feature films and documentaries have been strongly represented at the Sundance Film Festival in recent years.

In 2021, Jonas Poher Rasmussen's 'Flee', Denmark's Oscar bid, won the World Cinema Grand Jury Prize, while Camilla Nielsson's 'President' was honoured with the Special Jury Award for best 'Vérité Filmmaking'. Both films are produced by Final Cut for Real, also behind this year's winner, 'A House Made of Splinters'.

More prize recipients include Mads Brügger's 'Cold Case Hammarskjöld' and May el-Toukhy's 'Queen of Hearts' in 2019, Gustav Möller's 'The Guilty' in 2018 and Feras Fayyad's 'Last Men in Aleppo' in 2017. 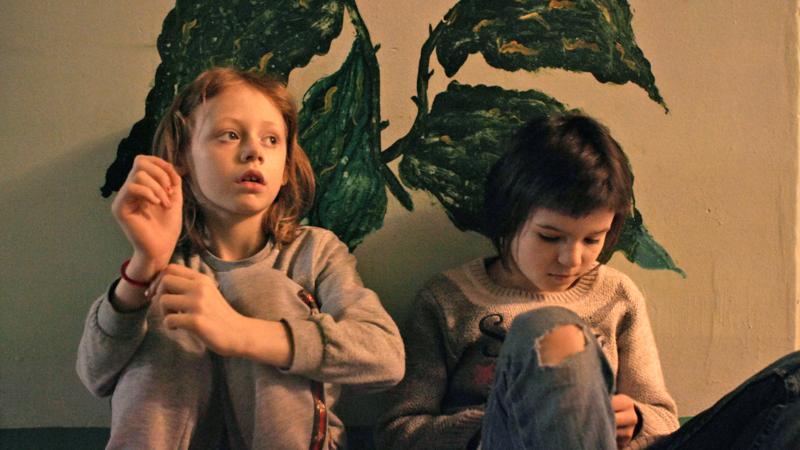 In this war-worn and impoverished corner of Eastern Ukraine where addiction casts a long shadow, there sits a safe haven for children temporarily removed from their parents. A House Made of Splinters follows three kids awaiting their fate— will they go back or move on to a new home while a group of dedicated social workers create small moments of joy and respite from childhoods all but lost.
Filmmaker Simon Lereng Wilmont returns with a follow-up to his acclaimed first feature, The Distant Barking of Dogs, offering a unique look into how the long-term consequences of war on a society already under strain impacts the most vulnerable.