IN PRODUCTION. Film school graduate Jonas Kærup Hjort makes his feature debut with a baroque black comedy exploring the human condition. Supported by the New Danish Screen talent scheme, the film is developed through visual sketches – a method that has proved successful for other recent Danish talent films.

'Den Næstsidste' (translates as The Penultimate) is the title of Jonas Kærup Hjort's debut feature, an absurd black comedy about a human being's travel into darkness.

The film carries this storyline: One fatal day the Water Inspector enters a building in a desolated area. Soon, he finds himself trapped inside a dark spiral of absurd incidents. 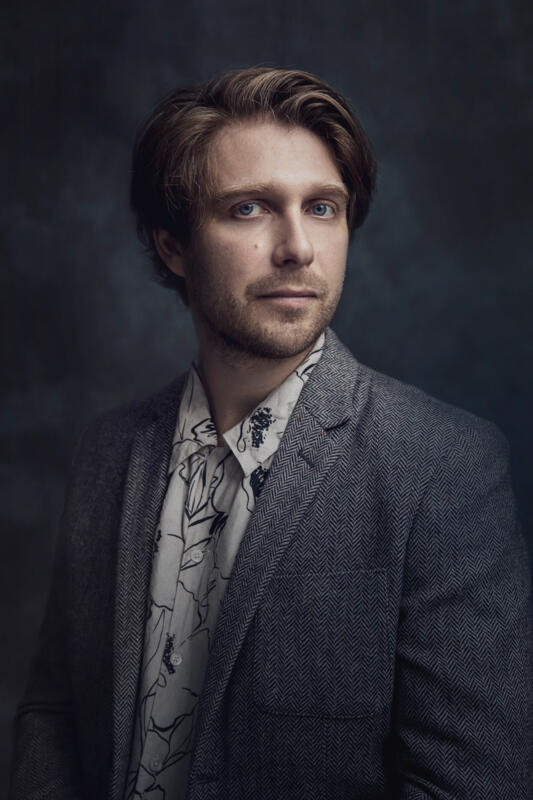 Director, screenwriter. Born 1983. Graduated as director from the National Film School of Denmark in 2017.

The film is written and directed by Kærup Hjort, who graduated from the National Film School of Denmark in 2017 with the award-winning short 'In a Month' and also has a background in theatre – both as an actor and director.

Visual sketch rather than words

'Den Næstsidste' received support from the Danish Film Institute's talent scheme New Danish Screen, which encourages upcoming filmmakers to work with visual sketches throughout pre-production to allow for further expansion of the narrative concepts than would have been possible had they only worked with written words.

Among other things, this allowed the filmmakers behind 'Den Næstsidste' to develop important storytelling aspects and stylistic devices as well as check out locations and actors.

The visual method of development has proved successful for other Danish talent films such as 'A Horrible Woman' and 'Cutterhead'. It has been a highly integrated part of New Danish Screen's development method since the initiative 'Skitsen' (The Sketch) launched in 2015. 'Skitsen' part two is currently in progress. Also produced under the New Danish Screen label is Sundance-winner and Oscar-shortlisted 'The Guilty'.

The New Danish Screen talent programme offers new generations of filmmakers the opportunity to push their limits and create innovative cinematic experiences, so that Danish film on the whole may retain its originality, diversity and dynamism.

The pilot programme Skitsen (The Sketch) was launched in 2015 under New Danish Screen as a new way of developing feature films. The idea was to stimulate filmmakers to explore new, primarily visual development methods aimed at low-budget films.

'Cutterhead', 'A Horrible Woman', 'Christian IV', 'Lifeboat' and 'Neon Heart' all sprang from the Skitsen initiative.

The visual study is now a standard option when applying for funding at New Danish Screen.

Other acclaimed titles under the New Danish Screen label are 'The Guilty', 'Sons of Denmark' and 'Winter Brothers'.