Lone Scherfig's The Kindness of Strangers to open the Berlinale

BERLINALE. Lone Scherfig's English-language 'The Kindness of Strangers' will premiere as the opening film of the Berlin Film Festival in February. The New York-set ensemble drama is also selected for the International Competition.

Lone Scherfig is returning to the Berlinale. The festival has announced that it will open the 69th edition on 7 February with the world premiere of the Danish director's ensemble drama 'The Kindness of Strangers'. The film will also be running in the International Competition.

Producing the film is Malene Blenkov for Denmark's Creative Alliance and Canada's Strada Films. Blenkov's most recent credit was on Per Fly's 'Backstabbing for Beginners'.

'The Kindness of Strangers is a contemporary drama following a disparate ensemble of characters, all in their own way struggling to survive in a New York City winter, who find laughter, love and kindness in each other. 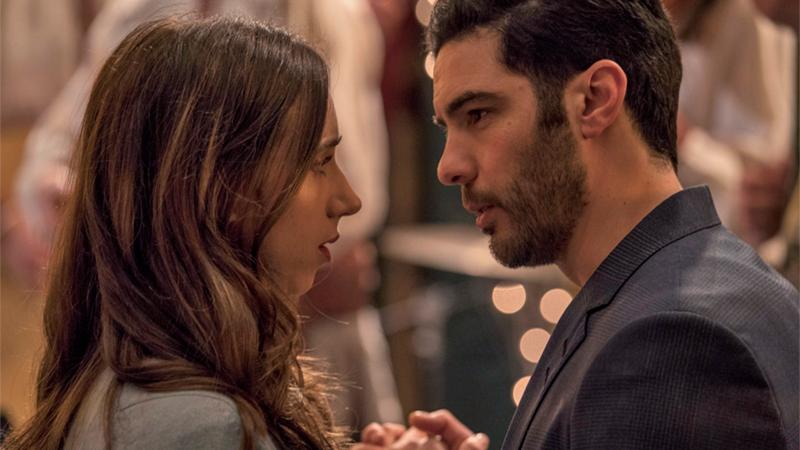 The Kindness of Strangers

An ensemble of disparate people, all in their way struggling to survive in a New York City winter, find laughter, love and kindness in each other.

The English-language, Denmark-Canada co-production with Sweden, France and Germany was filmed in Toronto, Copenhagen and New York and is based on a script by Lone Scherfig. The ensemble cast includes Zoe Kazan, Tahar Rahim, Andrea Riseborough, Caleb Landry Jones, Jay Baruchel and Bill Nighy. Danish actors include Esben Smed and David Dencik.

Scherfig has previously presented several films at the Berlinale. Her debut feature, the comedy 'The Birthday Trip', was invited to Panorama in 1990, and in 1998, her children's film 'On Our Own' ran in Kinderfilmfest (today known as Generation).

Scherfig's contribution to Dogme and international breakthrough, 'Italian for Beginners', was selected for the 2001 Competition and took home four awards, including the Jury Prize Silver Bear. In 2003 she returned with her first English-language film, 'Wilbur Wants to Kill Himself', to the Official Selection as a Special screening. Finally, her Oscar-nominated, international production 'An Education' played in Berlinale Special at the 2009 edition.

Scherfig's latest Berlinale entry was as scriptwriter for Pernilla August's 'A Serious Game', selected for Berlinale Special Gala in 2016.

More about The Kindness of Strangers

HanWay Films is handling worldwide sales and distribution rights backed by Ingenious Media and Apollo Media. Entertainment One will distribute the film in Canada and SF Studios in Scandinavia. A domestic release date is not yet set.

The Berlin Filmfestival will be announcing more films for the 69th edition over the coming month. See more at berlinale.de.

The most recent Danish film in the International Competition was Thomas Vinterberg's 'The Commune' in 2016. Trine Dyrholm won a Silver Bear for Best Female Actor.