INTERVIEW. After more than 12 years of filming, Omar Shargawi wasn’t sure he’d ever finish his intimate family documentary, 'Western Arabs'. But he did, because he wanted to give a voice to people who are too seldom heard. The film has been selected for the Panorama sidebar in Berlin.

Omar Shargawi is driven by longing – to understand himself, his roots and, in particular, his Palestinian father who came to Denmark in the 1960s, fell in love with a Danish woman and had three sons with her: Omar and his two brothers. 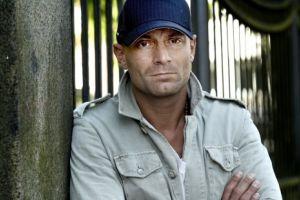 Director. Born 1974, Denmark. Raised by his danish mother and palestinian father in Copenhagen.

"My father’s refugee background and history have always affected my family in all sorts of ways. It underlies so many things, including the fact that I’m a filmmaker,” Shargawi says. All his past films – documentaries and features alike – deal with Middle Eastern issues and often directly involve his father, Munir Shargawi.

Munir had a lead role in his son’s first feature, 'Go With Peace, Jamil' (2008), which came out of nowhere to win the main prize at the Rotterdam Film Festival. Later, the charismatic Palestinian took centre stage in Shargawi’s 2010 documentary, 'My Father From Haifa', in which, with some trepidation, he returns to his native city of Haifa accompanied by his 44-year-old filmmaking son.

Scenes from both those films are woven into 'Western Arabs'. Based on 12 years of family footage revolving around his father, the film is about shaping your own narrative, divisions between cultures and the possible connection between a father’s traumatic background and his sons’ frustration and anger.

"The starting point for 'Western Arabs' – and for all my films, in a way – has involved getting to the bottom of the mystery of my father’s background and looking at how it affects us," says Shargawi, who does not hold back in depicting his own and his brothers’ sometimes hot tempers.

Why do we, who have not experienced the same things as our father, still carry the same anger and frustration? Is it in our genes? Is it possible to leave behind? These are some of the questions I ask in the film.

"Why do we, who have not experienced the same things as him, still carry the same anger and frustration? Is it in our genes? Is it possible to leave behind? These are some of the questions I ask in the film, which have been driving me up to this point."

The complex family portrait raises a lot of questions but provides no final answers. Regardless, this is probably the last time Shargawi will train his camera on his family in his search for the truth.

"I wasn’t even sure I’d finish 'Western Arabs'. I had actually told myself that I didn’t want to do this navel-gazing again. I had dragged my family and especially my father through it all before, and now I was going to put them through the wringer one more time."

'Western Arabs' is selected for the Berlinale sidebar Panorama, which has a special focus on the new, daring and unconventional.

Shargawi's film is also nominated for the Glashütte Original – Documentary Award, given to the best documentary from all of the Berlinale's festival sections. The award is to be shared between director and producer.

Shargawi decided to finish the documentary all the same, mainly to give his father a chance to say all the things he didn’t get to say in 'My Father From Haifa'.

"The main impetus was that I knew my father had a lot to get off his chest. People with an immigrant background rarely get an opportunity to speak with any degree of subtlety – testimony from the other side, reminding people that this is about human beings," says the director, who is frustrated at the anti-immigrant discourse he sees spreading through Europe.

"The people who are coming here now have stories that are a lot like my fathers. Horrible stories. Yet, these days they are treated like statistics, numbers and problems. I think it’s just the start of something even worse. I don’t know if my film can do anything to change that, but if I can open people’s eyes even a little bit and show another side of the issues, then I and, not least, my father have done what we could."

Not out to entertain

'Western Arabs' not only gives a voice to refugees who have made the long journey from one culture to another. It’s just as much about the descendants. Those, who like Shargawi, his brothers and so many others in their community, inherit their parents’ position in between cultures. 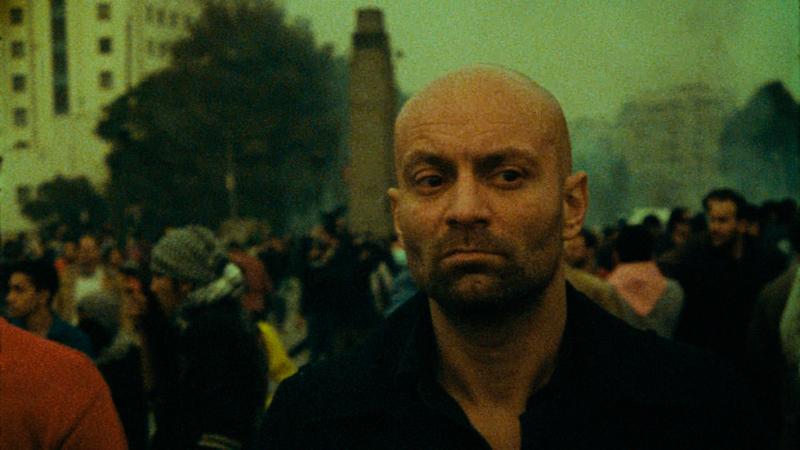 An intimate portrait of a Danish-Arabic family through good and bad over a period of 12 years. The father is Palestinian, the mother Danish and their three sons are the result of a cultural encounter which manifested upon the arrival of the first immigrants coming to Denmark in the 1960s and 70s.

"The film is called 'Western Arabs' because it’s about all of us who are both Arabs and Europeans, what it’s like for us who always feel divided between Europe and the Middle East," Shargawi says, pointing out that it’s still a relatively new thing for Europe to have so many people of Middle Eastern descent.

"We’re like a new species. We’re both Arab and European, and we’re neither. It’s tough, because you don’t really fit in anywhere. To an Arab, you’ll always be Danish. And to a Dane, you’ll always be Arab. That’s just the way it is. You just have to get used to not fitting into any of the categories and accept that you’re an outsider."

Even as Shargawi by now has more or less come to terms with most of it – his relationship to his father, his background and his frustration at the state of the world, which he has taught himself to turn into a narrative asset – there are still a lot of things he does not know the answers to.

"I have come to some closure about a lot of things from my past, but I will never find peace entirely. Which is probably just as well, because curiosity drives me. Curiosity, passion and the sense that what I do is necessary. If that ever ends, I might as well stop telling stories. I don’t want to do something just to entertain. That’s not why I make films."

'Western Arabs' is produced by Eva Jakobsen, Katrin Pors and Mikkel Jersin for Snowglobe in collaboration with Holland's Baldr Films. The film is supported by the Danish Film Institute.

Overview of Danish films in Berlin