The Guardian's Peter Bradshaw first appeared quite overwhelmed according to his reaction on Twitter:

Which as it turned out in his five-star review was a good thing:

"Nicolas Winding Refn's Only God Forgives is a glitteringly strange, mesmeric and mad film (…) It is very violent, but Winding Refn's bizarre infernal creation, an entire created world of fear, really is gripping. Every scene, every frame, is executed with pure formal brilliance." Read review

"If Refn’s Drive reveled in its sense of pace and purpose, then his new film embraces a slower – but equally graceful – style, with the camera tracking artfully through ornately decorated darkened rooms or over wet, glistening, Bangkok streets. (…) there is much to enjoy and appreciate in the sheer cinematic verve, intelligence and elegance that makes Only God Forgives an immersive and brutally intriguing film." Read review

The Playlist's Jessica Kiang is mixed, but especially applauds the film's aesthetics:

"The fights, the maimings, and the deaths are all pretty great: from an exposed rib cage to a beautifully shot death scene against a set of white-draped windows, the balletic grace of Refn’s choreography and compositions comes into its own when violence is involved. The film’s very best point is its music: the score is so wonderful and electro-lyrical and buzzy and synthy (and even occasionally BRAAM-y) that were a case made for Refn’s visuals simply being an accompaniment to a 90-minute track by Cliff Martinez we probably wouldn’t argue too hard." Read review

"Get ready, the most badass art film ever is coming your way" – Ryland Aldrich, Twitch

"Winding Refn’s latest film, which screened in Cannes to enthusiastic boos on Wednesday morning, is a sickening pornography of violence, and I mean that as a sincere compliment. (…) It’s a beautiful disaster." – Robbie Collin, The Telegraph

"The wallpaper emotes more than Ryan Gosling does in 'Only God Forgives', an exercise in supreme style and minimal substance." Peter Debruge, Variety

"Alongside the magnetic Ryan Gosling as another taciturn brooding antihero, the film’s juiciest pleasure is Kristin Scott Thomas as a crime empress who works a slender cigarette like a master calligrapher wielding a brush. ( …) In a brilliant casting stroke, she appears here as Crystal, a platinum-haired, poison-tongued ice queen who conjures thoughts of Lady Macbeth, Medea and Tamora from Titus Andronicus, as styled by Donatella Versace." – David Rooney, The Hollywood Reporter

"It's a mesmerising Oedipal ballet, a lucid fever dream that pulls you in from the opening frame and doesn't let you go. (…). This is by some way Refn's most complete film. It may even be his masterpiece." – Adam Woodward, Little White Lies 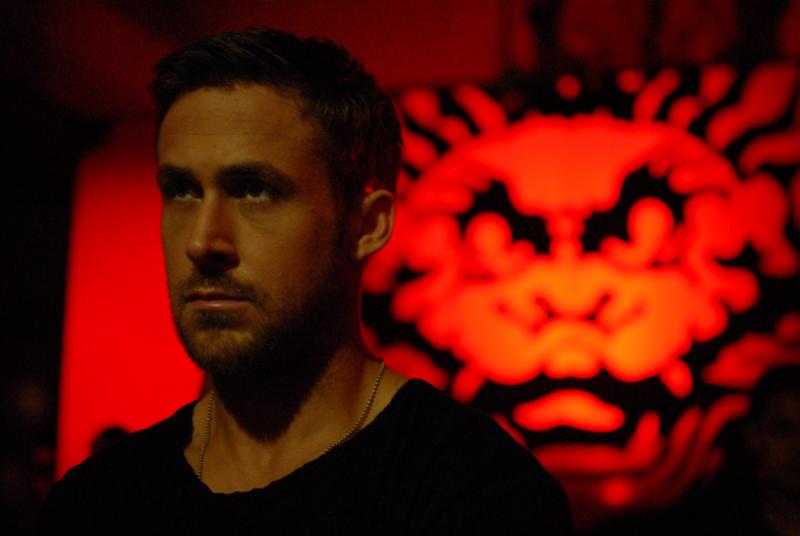