BOXOFFICE. "This Life" about Danes fighting against the German occupation has sold a recordbreaking number of 413,000 tickets after just three weeks in release.

Producer Regner Grasten and newcomer director Anne Grethe Bjarup Riis have hit the mark with Danish cinemagoers. Judging from the immense boxoffice success of "This Life", following a group of resistance fighters during the German occupation, WWII stills offers plenty of dramatic excitement for a modern-day audience.

"This Life" (Danish title: "Hvidsten Gruppen", after the name of the resistance group) premiered on 1 March and is steadily approaching the half-million mark with a total of 413,000 admissions (per 21 March). The film boasts the best opening for a Danish film since Mikkel Nørgaard's "The Clown" from 2010, and it follows close behind last year's two Danish boxoffice hits "The Reunion" and "A Funny Man", which sold 518,000 and 484,000 tickets, respectively. See current boxoffice numbers.

Danish resistance during WWII is the theme of Ole Christian Madsen's 2008 drama "Flame & Citron". The film, starring Mads Mikkelsen and Thure Lindhardt, also caused Danes to flock to the cinemas.

Read about "This Life" and producer Regner Grasten: Whatever the Consequences 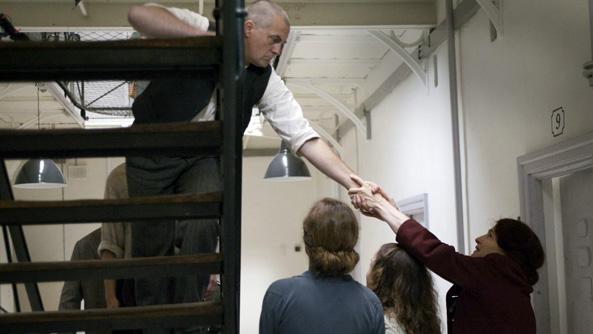 "The Hvidsten Group" is the authentic story of the spirit of one family who revolts and insists on individual freedom during World War II. It is the story of how just a few people can make a huge difference - but not without serious consequences.