A Strong Thread of Humanism

Søren Kragh-Jacobsen was one of the four Dogme Brothers. While Thomas Vinterberg and Lars von Trier took Cannes by storm in 1998, Kragh-Jacobsen's "Mifune" won the Silver Bear in Berlin and was a big audience hit in Denmark and around the world. Now the director is back with "The Hour of the Lynx", a chamber piece based on a play by the Swedish writer P.O. Enquist.

On the face of it, "Mifune" was probably the most mainstream of the four original Dogme films, but the veteran filmmaker Søren Kragh-Jacobsen simply had a quiet chuckle to himself. Basically, he was just doing what he always did. Handheld? He did lots of that in his first feature back in 1978!

Based on a play by the Swedish writer P.O. Enquist, "The Hour of the Lynx" is a chamber drama revolving around the macabre double murder of an elderly Swedish couple in a locked psychiatric ward. To boot, it may be the site of a miracle. The nameless murderer in the ward is just a boy.

"I think it has a poetry of cruelty," the director says about his chosen subject. "I think it's well in keeping with the rest of my work. I have been trying to do other kinds of stories for years, but what I keep getting back to is how it's all about treating your kids right."

"Maybe I should be less of a sissy," Kragh-Jacobsen admits. "Maybe I should have tangled with weirder stories. But, as it is, humanism always gets me. Heaven knows, I've tried to be evil. I just never succeeded."

Kragh-Jacobsen describes himself as a very thorough director. He spends a painfully long time in pre-production. "The Hour of the Lynx", too, has been through a long process. The director spent six months visiting locked institutions. Some real tough places. One place had an inmate who had punched the staff 156 times in just three months.

When, after countless screen tests, he finally found the right actor to embody his main character, he had to overhaul the script one more time to fine-tune it to his young star with the unique charisma – Frederik Johansen, now 21.

This meticulousness may partly explain why Kragh-Jacobsen hasn't made more movies in those 35 years. In fact, the director strives to combine his penchant for extreme meticulousness with the spontaneity of a musician. But, he says:

Over the years, he has taken breaks from features, directing episodes of TV series, including the well-known "Borgen", which all show his special touch.

The Girl from The Killing

Internationally, it will draw some eyeballs that the film stars Sofie Gråbøl. Wearing the iconic "Scandi jumper," the Danish actress is known the world over as the female detective in the TV series "The Killing".

In "The Hour of the Lynx", Gråbøl plays Helen, a priest of shaky faith. A psychologist with a self-serving agenda puts Helen in touch with the boyish killer who thinks God speaks to him and ordered him to kill.

Another central character is Knud, a prison guard played by Søren Malling, who was Gråbøl's partner in "The Killing".

"He is the humanist who never gets involved in the skirmishes between the priest and the psychologist," Kragh-Jacobsen says about the film's narrative which sets the religious and the scientific worldviews on a collision course in the compressed microcosm of the prison.

"I think every filmmaker has dreamed about making a film set in a prison or psychiatric hospital at some point in his life," he says. "We don't have much of a tradition for that in Denmark. We live so peacefully in Scandinavia and we don't have a lot of arenas."

Naturally, the director-slash-musician puts a lot of care into the sound design of his films.

"I get very involved in the musical aspects of my films," he says. "It can really only go two ways: it either swings or it doesn't."

Kragh-Jacobsen is already busy at work on his next project, "The Last Journey of Monsieur Pichon", an internationally produced Chopin film scheduled for release in 2014.

"The Hour of the Lynx" is produced by Lars Bredo Rahbek for Nimbus Film. 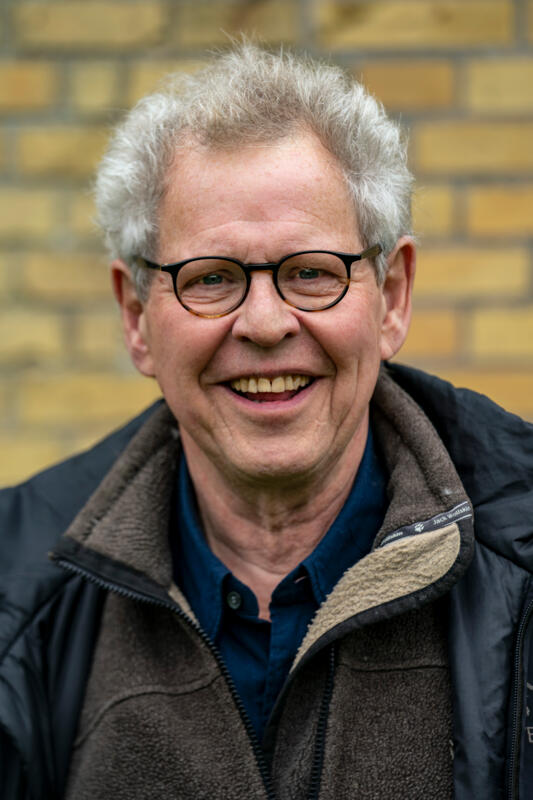