INTERVIEW. "Last Men in Aleppo" follows civilian rescue workers from the White Helmets at such close range that it puts you right in the war-ravaged city. Directed by Feras Fayyad and co-directed by Steen Johannessen, the Danish-Syrian documentary shows the human cost of war. The film is world premiering in competition at the Sundance Film Festival 2017.

Together the men remove heavy chunks of rubble from a ruin in Aleppo. They have moved rubble before and freed people buried below. Some dead, some alive. Adults and children.

They couldn't always see a reason to keep making the film. But Steen and I were determined to keep at it. Because the story could happen anywhere. The story of war repeats itself.

In this case, in the opening of the documentary "Last Men in Aleppo," rescue workers from the White Helmets volunteer organisation pull a living baby into the light.

★★★★☆ "Fayyad's protagonists are engaging. They are bound by a desire to never leave the city they love, even as it disintegrates around them, and we're with them in every rescue, even if the similarity of all the footage distances us from the action. There's no hope, we know how this is going to end, and even a life saved temporarily feels almost as sad as a life lost. 'Last Men in Aleppo' is one of the most difficult documentaries you'll see this year." Read Guardian review

"Editing is clearly complex given the variable footage, but each emergency call and every character is successfully individualised and identifiable, and several arcs snap into the overall narrative drive. (...) The work of Fayyad and his dedicated team stands as a testament to what Syria, and the world, has lost through this conflict." Read Screen review

"Frequently heartbreaking and hard to watch (...) the film demands to be reckoned with as a testament to the selflessness and courage of these literal life savers." Read THR review

There is no voice-over or other forms of exposition in the Danish-Syrian documentary "Last Men in Aleppo," directed by Feras Fayyad and co-directed by Steen Johannessen. Nothing interferes with the audience's experience of being there among the victims in the rubble alongside Khalid, Mahmoud and other civilian first responders from the White Helmets. We are inexorably drawn into their everyday life and the situations that arise as they help people in need.

That's the idea, Fayyad, the Syrian director of the film, says.

"The easy thing would have been to use a voice-over, but we decided not to take that path and try a vérité approach instead, to have the audience experience the events, almost like they were there."

"We try to keep it on a personal level through our two main characters, Khalid and Mahmoud. We want to tell the human stories. Like when a small child is rescued. Though it's not spelled out, the scene has associations of childbirth. Saving a life is also giving life. In the film, we see Mahmoud just after he saved someone's life. What happens to you after you save another person's life? Do you become a different person?"

More Than a News Bit

The two filmmakers spent several years on "Last Men in Aleppo," which takes place five years after the start of the war in Syria.

Fayyad stayed mainly in Turkey, Denmark and Germany while the film was being made. At the moment, being in Syria is too dangerous for the filmmaker, who has made several films about Syria and related topics.

"Last Men in Aleppo" is Johannessen's directorial debut. He has edited a number of documentaries, mainly Danish ones, most recently Mads Ellesøe's "The Child Soldier's New Job" and Sine Skibsholt's "Who We Were," which took home an award at last year's IDFA Film Festival in Amsterdam.

"Last Men in Aleppo" was made in close collaboration with photographers from the Aleppo Media Center, a group of local young men who picked up their cameras in 2012 and started documenting the bombing of their city and posting their videos online to show the world what was going on.

Before any footage for the film was shot, Fayyad communicated with the photographers at the Media Center. They wanted to be part of creating a longer and bigger documentary story about their city, instead of just producing news items. The Syrian photojournalists' desire to do something more lasting and narrative than short news bits launched a continuing dialogue between them and the Syrian director about filming the rescue workers Khalid and Mahmoud, among others.

Among Fayyad's tasks was teaching the Syrian photojournalists to work filmically. He daily directed the photographers from the Aleppo Media Center and the people participating in the film. Video was uploaded via a powerful Internet connection to Fayyad and Johannessen, who worked on the footage together.

Their unique partnership made it possible to track the participants in Aleppo daily for more than a year. Because of the war and the risk of kidnapping, reporters from the general news media only stayed in the city sporadically, but the Aleppo Media Center was there all the time. Their inside knowledge of life in the city and the people in the film provided, in the words of the Danish producer Søren Steen Jespersen, "a unique opportunity to credibly depict war and life under siege."

Another of Fayyad’s tasks at times was to make the participants hold on to the hope of making the film.

"I sometimes spent a week just trying to give them hope, because they were so despondent about the situation," he says. "They couldn't always see a reason to keep making the film. But Steen and I were determined to keep at it. Because the story we wanted to tell about Syria could happen anywhere. The story of war repeats itself, over and over again. Perhaps by telling it we can help make somebody learn something from it this time around, so the same thing doesn't happen again in the future."

"Lots of video is coming out of Aleppo every day, all the time," Johannessen adds. "With 'Last Men in Aleppo,' our job as filmmakers was to be a filter establishing a connection between people in Aleppo and the rest of us who are far away, so we have a chance to understand what's going on."

Johannessen and Fayyad had met before, but they only really got to know each other about a year and a half ago when they got together in Turkey with people from the Aleppo Media Center and settled on the groundwork for the film.

In fall 2015, when the photographers in Aleppo started filming, under the direction of Fayyad, the Russians had begun to bomb rebel-held territories in Syria, including Aleppo. The Russian bombing raids on anti-regime forces caused the situation in Syria to escalate, Fayyad says.

"The pressure on civilians mounted. The threat to the lives of Syrian civilians at the time was crucial to the story we wanted to tell."

"Both the main characters in 'Last Men in Aleppo' were ordinary Syrian citizens who reacted to the intensifying conflict in their homeland by helping form a civil-defence organisation, the White Helmets. We try to tell a simple story, because we want to focus on ordinary human conflicts."

Khalid was working in construction before he joined the demonstrations and stepped up to save lives along with the other people in the White Helmets. Mahmoud was studying philosophy in Damascus when he decided to drop out. He took part in the demonstrations for civil rights and later helped found the White Helmets. The civilian defence organisation attracted international attention in 2016, when it was nominated for the Nobel Peace Prize.

Are Khalid and Mahmoud the heroes of the film? And who are the bad guys?

"At the very least, you can say the film shows people who are fighting against the nature of war," Fayyad says.

"And the bad guys are the bombs being dropped from above," Johannessen concludes.

Read the news story Last Men in Aleppo to Sundance

More about the Film

"Last Men in Aleppo"is directed by Feras Fayyad. Steen Johannessen is co-director and editor of the film. The film is produced by Søren Steen Jespersen for Larm Film and Kareem Abeed for Aleppo Media Center (AMC). International sales are handled by DR Sales.

The film premieres at the Sundance Film Festival, in the World Cinema Documentary Competition. The festival runs 19-29 January. See more at sundance.org.

Read more about the film and the two directors right. 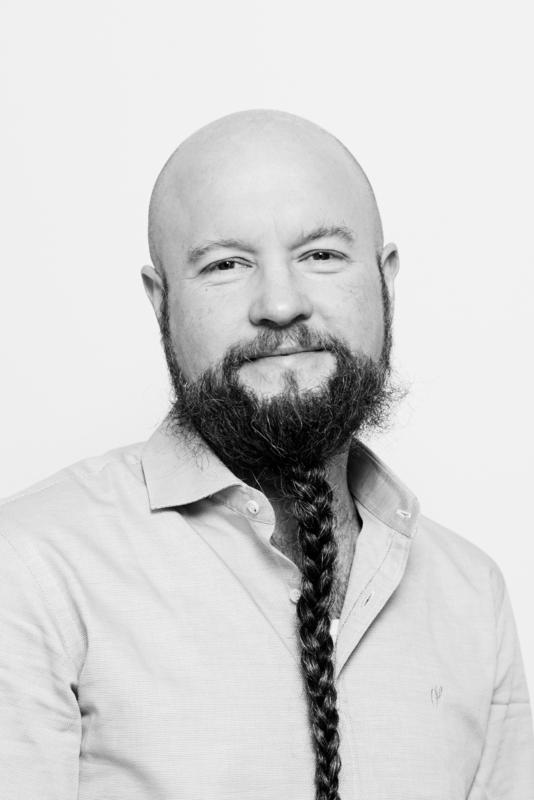