In a Cloud of Not Knowing

INTERVIEW. Daniel Borgman's second feature "Loving Pia" stars and is based on the life of a 60-year-old disabled woman. Everything about the film is complex, problematic and coincidental, says the director, and that's the way he prefers it. Berlinale Forum 2017

Director Daniel Borgman was tired of scriptwriting, of making films by the book and of "grand ideas." So for his second feature film, "Loving Pia," he made an experiment: to find a real person and make a fiction film based on her life and feelings.

I'm tired of grand ideas, and I don't like simple answers. I'm excited about all the other stuff that's not clear: being in that cloud of not knowing anything.

The result is "Loving Pia," an intimate character study of 60-year-old Pia who is intellectually disabled and lives in the care of her mother, 84-year-old Guittou, in rural Denmark. When mother and daughter discuss what will happen to Pia when Guittou dies, Pia gets scared of being left alone and decides that she needs a boyfriend, which she never had.

"I've always made films about outsiders," says the New Zealand-born director who has been living in Denmark since 2005 and graduated from the alternative film school Super16 in 2012.

"Lars and Peter," selected for the 2009 Cannes short film competition, is about a 9-year-old boy who has lost his mother. "Berik," winner of the 2010 Critics' Week Grand Prix, centres on a man in Kazaktstan who is blind and deformed due to radiation poisoning. And Borgman's feature debut "The Weight of Elephants," selected for Berlinale Forum in 2013, follows a lonely boy living in an isolated area of New Zealand.

"There's something about the able worldview that I don't like," says Borgman. "Or any kind of dominant perspective really. It pre-supposes a predefined way of seeing things and of communicating, and I think it's very limiting and narrow."

In "Loving Pia," the central character of Pia is played by Pia Skovgaard who is intellectually disabled in real life. The film is shot in the home of her and her mother, Guittou Skovgaard, with no changes made to the décor nor any artificial lighting. The story grew organically from spending time with Pia and Guittou, whom Borgman and his producer Katja Adomeit found after a long casting process driving around the country and having coffees with different people in what Borgman calls "adult dependent relationships."

He got on "really well" with Pia and Guittou, and one visit led to another until he asked if he could bring his camera. In total, they spent three years on the process.

"To begin with, we had a treatment which was quite dramatic," tells Borgman. "We adjusted the treatment to being about Pia, based on our contact. Then we suddenly learned a whole bunch of stuff about Pia's feelings, and that blew the script apart. So we restarted."

What changed the story into revolving around Pia's romantic quest was Borgman one day setting her aside, asking her to close her eyes and imagining her future.

"She started talking about how her mother was gone, and she would be gone too. 'She's gone, I'm gone. There's no one to take care of me without her.' Then she talked about how she had feelings for this French alternative politician called José Bové whom she had met once because her mother was an activist, but he was already married. But she said that if she didn't find love, she would disappear," Borgman recounts.

They cast the character of Jens whom Pia develops a relationship with. Again, the story played out differently than what Borgman had in mind.

"I was fascinated by the idea of a power relationship between an able person and a less able person. But we started to see strengths in Pia and abilities to manage situations in unique ways. She's not afraid to enter a relationship, whereas Jens' character turns out to be too scared to stick it out. In the end, it was about two humanly vulnerable people and the way they act."

"There's also a lot of chance," he adds. "We tried things out and saw how it worked. It was very improvised and very loose. None of these things were strong choices, we just made them as a part of an organic process."

Borgman found that the non-pressure improvisational mode was key to working with Pia.

"She has an ability to sense what's going on, so if I tried to make her play something really precise or make her say a line, she became stressed and confused in her attempt to do the right thing. We found that when we created situations related to experiences that she knew about and made it more 'accidental', she could go with it and really be in the moment."

Borgman and Adomeit discussed the ethical aspect of casting a person with disabilities "all the time," he says.

"There's a risk of exploitation every time you cast an actor or recruit real people for a documentary. What is the value of someone's image, and what does it mean to use it? That becomes even more problematic when you're dealing with a person who has a diminished ability to engage with what is going on. There's the issue of making a film that thematically is not going to translate to the main character in the same way as to the rest of us. There's Pia's experience during the making of the film, her experience during the release and seeing the film with her community. It's crazy problematic," he reflects, but concludes:

"I'm sure that the experience of making the film was positive for Pia – and for Jens, who's also a real person – and that the release isn't going to be problematic for her. The key thing that Katja and I come back to is that we spent time with this person. We made the film with care, and we feel like it was a positive thing. I don't know if that makes us right, but no one else has spent that time with her. All we can do is rely on our instinct."

For Borgman, the loose storytelling, the complexity of disability and the blurred line between fiction and reality are all connected.

Even after all this time, he's still not sure what goes on inside Pia. She never meets his or other people's expectations.

"I thought there was this big thing going on inside of Pia, a kind of restless turmoil, but later, I found out that maybe there wasn't. And then even later I thought perhaps it was both things. And that's what made it interesting, the shifting meaning," he says.

"Loving Pia," developed through the Berlinale Residency fellowship programme, is directed by Daniel Borgman and produced by Katja Adomeit for Adomeit Film.

The film has received support from the Danish Film Institute, through commissioning editor Mikkel Munch-Fals, and the regional film fund FilmFyn. International sales are handled by Adomeit Film. 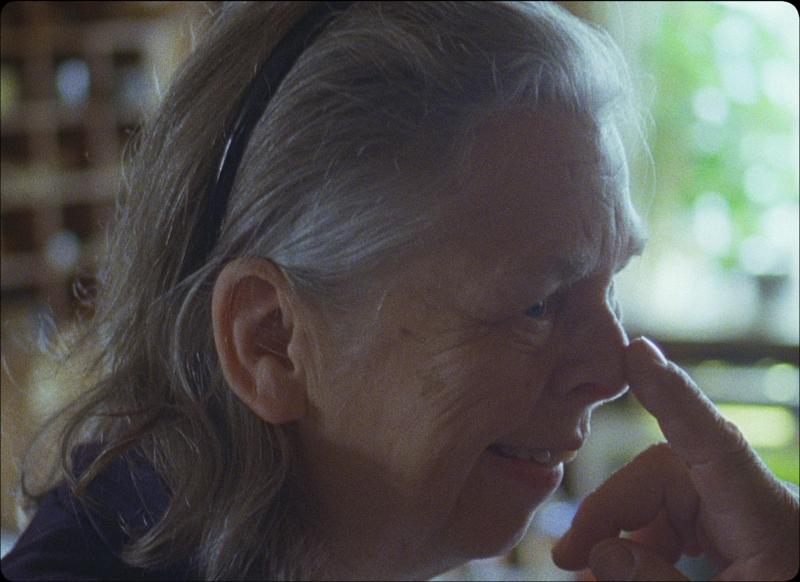 A work of fiction, the film is developed from the life of – and starring – a real woman, Pia, who is intellectually disabled. Pia is 60 years old and she lives in rural Denmark in the care of her mother Guittou, 84. In the story, Guittou is getting old, and Pia worries about what will happen when her mother dies.