FESTIVAL. The comedic duo of Casper Christensen and Frank Hvam are soon off to Fantastic Fest for the third time, bringing their new comedy "Dan Dream" to the prominent US genre festival in Austin (21-28 September).

"Dan Dream," Casper Christensen and Frank Hvam's comedy about a visionary and his revolutionary project, will be making its US premiere in September at Austin Fantastic Fest.

The festival, held 21-28 September, is one of America's most prominent film events specialising in such genres as horror, fantasy, comedy, sci-fi and action.

Christensen and Hvam wrote the script for "Dan Dream" and also play two of the main characters. Directed by Jesper Rofelt, the film tells the story about an entrepreneur, Thorkild, who in the early 1980s throws himself into a revolutionary project not many people believe in. With his eclectic team of specialists, he ventures to realise his grand idea of building the world's first electric car.

"Dan Dream" marks the third time the comedic duo of Christensen and Hvam enter the Fantastic Fest. In 2011, "Klown" won the award for best comedy feature and best comedy script at the festival, and in 2015 they returned with the sequel "Klown Forever." Both films are directed by Mikkel Nørgaard and written by Christensen and Hvam, who also figure prominently as two larger-than-life versions of themselves exposing any and all negative male impulses. 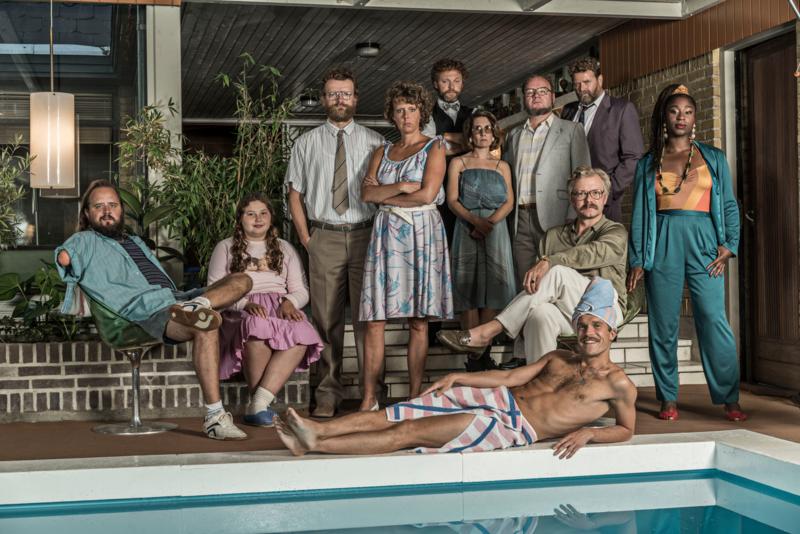 In the early 1980s, the entrepreneurial businessman Thorkild throws himself into a revolutionary project. A project not many people believe in, but he gathers an eclectic team of specialists to help him out. However, as soon as the crew moves to the provinces to start working on the project, they come up against serious problems, because nobody there is ready for a man with Thorkild's grand ideas.