FESTIVAL. "Iqbal Farooq" and "Antboy 3" will celebrate their international premieres at the children and youth festival BUFF in Malmö 14-19 March.

FESTIVAL. "Antboy 3" by Ask Hasselbalch and "Iqbal Farooq" by Tilde Harkamp will celebrate their international premieres at BUFF, the International Children and Young People’s Film Festival in Malmö, Sweden on 14-19 March. "Iqbal Farooq" is among the eight films nominated for the City of Malmö's Children's Film Award.

Two Danish projects, "The Blue Mountain" by Tiny Film and "Kids on the Silk Road" by Toolbox Film are participating in the Financing Forum.

Iqbal is a charming, inventive, fun-loving kid. But that's not enough, his father says, if he wants to make something of himself. When Iqbal, his friend Sille and his younger brother Tariq accidentally blow up their school, his father is the least of his worries. A pair of criminals want the recipe for the accidentally mixed, home-brewed explosive to blow up the Tivoli amusement park in the centre of Copenhagen. Tariq can't remember the recipe exactly, so the criminals kidnap their cute younger brother Dindua. The chase is on to free Dindua and save Tivoli – which takes teamwork, guts and, not least, a spate of inventive ideas.

The Farooqs. Photo: Per Arnesen

Iqbal is played by Hircano Soares, Sille by Liv Leman Brandorf and Tariq by Arien Alexander Takiar, while actors Runi Lewerissa, Sara Masoudi, Rasmus Bjerg and Dar Salim are featured in the main grownup roles. Renée Toft Simonsen wrote the script based on the 2006 children's book "Iqbal Farooq og den sorte Pjerrot" by the Danish writer and politician Manu Sareen. The film is produced by Elisabeth Victoria Poulsen, Christian Potalivo and Mikael Olsen for Miso Film with support from the Danish Film Institute.

Read our interview with the director and screenwriter: Iqbal and the Modern Family Film

"Antboy 3" is the last installment in the popular young superhero film series based on the books by Kenneth Bøgh Andersen.

It's summer time, and Pelle is enjoying life with his girlfriend, Ida. Crime in Middellund is at an all time low, and life is actually pretty sweet. But Pelle has started to tire of being Antboy, and perhaps the town doesn't even need a superhero anymore? Besides, Pelle and Ida are going to continuation school together after the summer vacation, and he will consequently have to give up being Antboy - which actually suits him fine. On the flip side, he hasn't seen much of Wilhelm over the summer. It's as if the two of them have drifted apart. Suddenly strange things start happening. A new superhero appears and completely humiliates Antboy; Gæmelkrå is released from Dragensborg and apparently starts working for ExoFarm again; Wilhelm completely detaches himself from the world of comic books, and eventually also from Pelle. Pelle is forced to take matters into his own hands - he has to find out who this new superhero is; what Gæmelkrå is plotting in ExoFarm's labs; and what is going on with Wilhelm. Pelle's summer vacation, which up to this point had been quite relaxing, suddenly takes and unexpected turn, and Pelle will face his biggest and perhaps final battle as Antboy.

Showdown between Antboy and Gæmelkrå

Two Danish projects are selected for pitching at the Financing Forum for Kids Content on March 15-17, which celebrates its 10th anniversary: The documentary series "Kids on the Silk Road" by Toolbox Film and the fantasy adventure "The Blue Mountain" by Tiny Film.

See all the selected projects 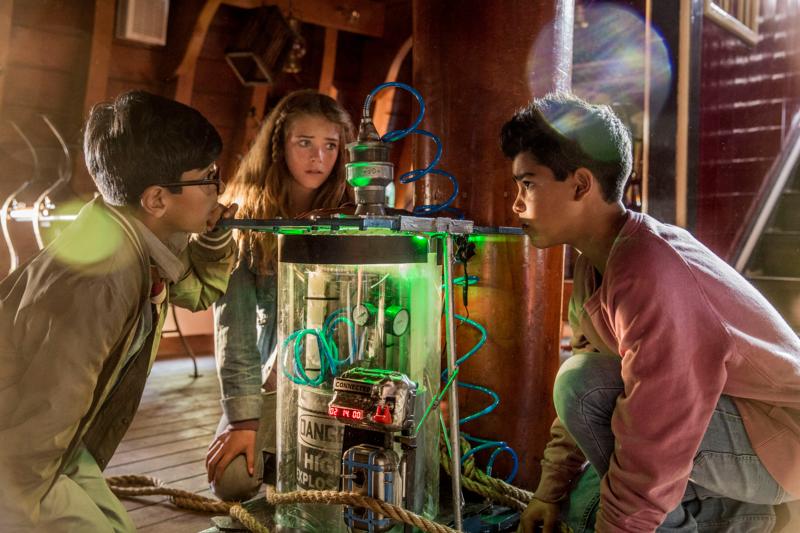 Iqbal Farooq and The Secret Recipe

Iqbal is a charming, imaginative and fun boy, which according to his father is not enough if you want to make it in life. But when Iqbal, his friend Sille and his little brother Tariq create a potent mixture that blows up the school building, Iqbal’s father is the least of his worries. Two criminals are eager to get a hold of the bomb recipe and use it to level Tivoli, the beloved amusement park in Copenhagen, to the ground and build a huge multi-storey car park instead. 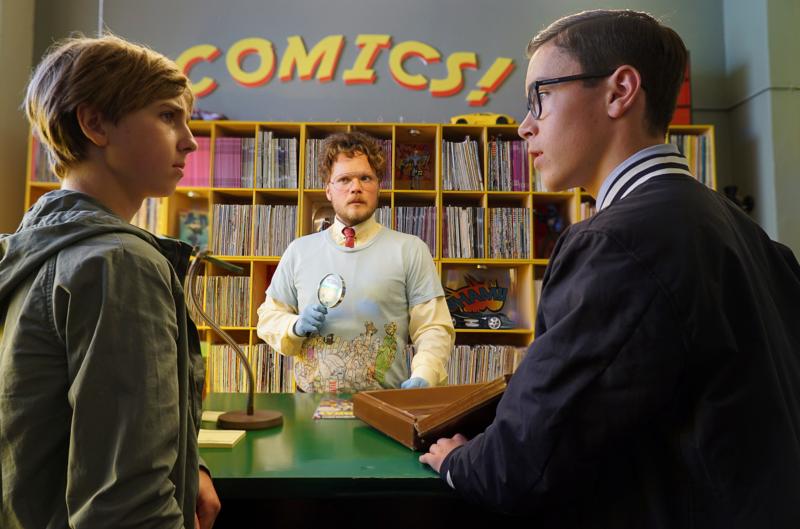 Its summer time and Pelle is enjoying life with his girlfriend Ida. Crime in Middellund is at an all-time low, and life is actually pretty sweet. But Pelle has started to tire of being Antboy, and perhaps the town doesn’t even need a superhero anymore? Besides, Pelle and Ida are going to continuation school together after the summer vacation, and he will consequently have to give up being Antboy – which actually suits him fine. 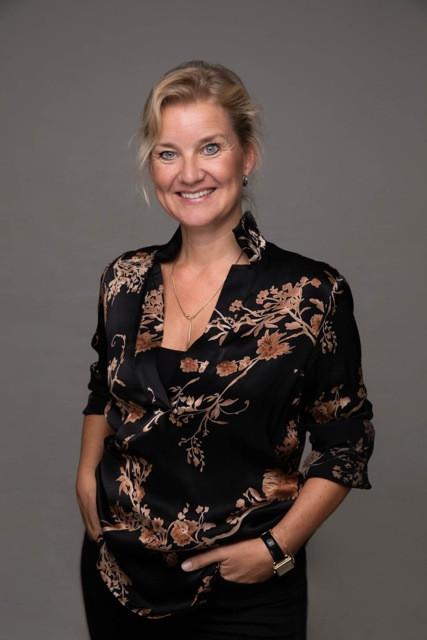 Director. Born 1969. Tilde Harkamp holds a bachelor in communication and one in language and economy, and a master in TV Drama from Goldsmith University in London.