IN PRODUCTION. Director Kristian Levring has just embarked on an eight-week shoot in Johannesburg for the Danish-produced western "The Salvation" with Mads Mikkelsen and Eva Green in leading roles. The film has received production support from the Danish Film Institute.

Taking place in the 1870s America, "The Salvation" pays tribute to the classic western with inspiration from the Nordic sagas in a tale of revenge, lost love and greed. In addition to Mads Mikkelsen and Eva Green, who played opposite each other in "Casino Royale", the cast includes Mikael Persbrandt, Jeffrey Dean Morgan, Eric Cantona, Douglas Henshall, Michael Raymond-James and Jonathan Pryce.

Kristian Levring was one of the original Dogme brothers back in the days when the four directors Levring, von Trier, Vinterberg and Kragh-Jacobsen championed for a truer, simpler mode of production.

Levring wrote the script together with Anders Thomas Jensen, and producer is Sisse Graum Jørgensen for Zentropa. TrustNordisk handles international sales. The film has received production support from the Danish Film Institute and is set to open in Danish theatres in October 2014. 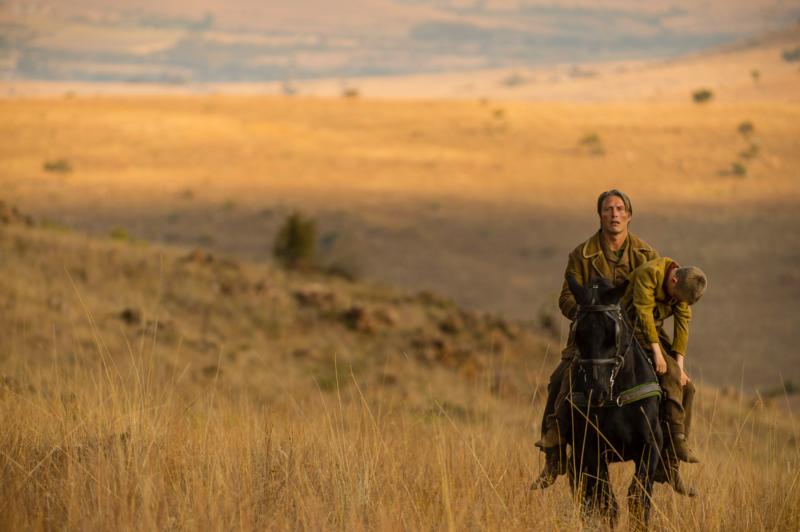 1870s, America. When settler Jon kills his family's murderer, he unleashes the fury of the notorious gang leader Delarue. Betrayed by his corrupt and cowardly community, the peaceful pioneer must turn vengeful hunter, slay the outlaws, and cleanse the town's black heart.