INTERVIEW. ‘The Two of Us’ is a documentary about two young people who have broken up but haven’t left each other yet. "It’s a highly potent dramatic space full of love, doubt and discord," says director Emil Næsby Hansen, who discovered his two protagonists on Instagram. Selected for IDFA Luminous.

Skjold, 17, and Isabel, 18, are each other’s first love. Though they have broken up, they are still together in a lot of ways. As Isabel puts it in Emil Næsby Hansen’s first feature-length documentary, ‘The Two of Us’, they realized that maybe they "weren’t so good at the breaking up thing".

'The Two of Us' is selected for IDFA Luminous.

Næsby Hansen found Skjold and Isabel on Instagram. After randomly bumping into them one night in Copenhagen, he hung out with them over six months before turning on his camera. The film follows the ex-couple over a summer in Copenhagen, as they try to come to terms with their relationship and living apart.

What was it that fascinated you about Skjold and Isabel’s Instagram profiles, and what made you think it would be a good film?

"Their photos reflected a life I could mirror myself in," the director says. "Images of them going all over the city, exploring and having a tremendous appetite and curiosity about urban spaces.

"Also, I was interested in the way Skjold looked at Isabel, and she at him. A pure, young, loving look. But it also made me wonder whether they were boyfriend/girlfriend or just friends. There were no pictures of them kissing, and there was so much friendship in their pictures of each other. You could tell they were truly partners in crime and liked the same things, the way they’d buy sneakers and take pictures of it, or strike hip-hop poses in front of things. The images showed them having such a great time, doing everything together."

You rarely see a love story where the protagonists have already broken up. Why did you want to tell a story about a breakup?

"I didn’t know that’s what I wanted to do at first. Above all, I wanted to tell the story of Skjold and Isabel, because I was attracted to them and fell in love with them as people and as characters.

"They had broken up, of course. When I met them, I asked whether they were going out or whether they were just friends, and Skjold said, 'I broke up with Isabel.' But they were still together. Every time I met up with one of them, the other was there, too. So I quickly realized that maybe they hadn’t broken up completely.

"The space I happened to drop into, where they had broken up but hadn’t left each other yet, had so much energy going all over the place, which attracted me. Often, I didn’t understand what was going on or what they wanted. They didn’t know, either. And I wondered if the audience would ever get it. But I decided to run with it. Figuring out the ins and out of their relationship is the whole point.

"Everybody knows that space, after a breakup, before you split up for good. It’s a highly potent dramatic space full of love, doubt and discord. So, that turned out to be a gift.

"Also, I think it’s exciting to portray love in a way that’s not just a classic love story of 'boy meets girl, boy loses girl, etc.' Love is tough, and we can be really torn about our choices."

You sit in on some pretty intimate situations and conversations between the two. How did that confidence come about?

"It took six months from the time I first met them until I turned on the camera. I told them that if we were going to make a film together, we had to be friends. And that’s what happened.

"We had a lot of things in common. A lot of the stuff they spend time on, I spent time on, too, when I was that age: seeking out everything nervy and edgy, exciting and cool. Going to the wildest concerts and the best parties. Climbing on the highest rooftops, jumping fences and creeping into tunnels. Going on adventures, exploring a bunch of spaces and scenes and meeting people. We shared the same appetite and anarchic approach to our surroundings.

"The first night ended with me showing them my office and the backroom where I sleep. I told them they were welcome to drop by any time. When someone pops up out of the blue and lavishes all the attention in the world on you and is interested in hearing everything you have to say – someone you can call up in the middle of the night when you’re feeling down – then you want to give something back. It’s an exchange of attention that we all need."

What role does Copenhagen play in the film?

"Just as the film is a celebration of youth, love, beauty and doubt, it’s also a celebration of the city. The city is an active player, and there’s something romantic about the way Skjold and Isabel go around to the many places in the city.

"I’m from a provincial town. From the time I was 14, I dreamed of moving to a bigger city where I could be part of the scene. I moved to Copenhagen when I was 20 and immediately started exploring the city.

"All the things I explored when I came here, Skjold and Isabel had already experienced by the time they were 14 or 15. A lot of my fascination comes from how they were living the teenage life in the city I’d always dreamed of. Tracking them became a way of living a youth I felt I’d never had. It was like becoming a teenager again.

"Skjold and Isabel helped me see the city anew, and made me fall in love all over again with Copenhagen and everything it’s made of, stands for and has hidden away."

‘The Two of Us’ is directed by Emil Næsby Hansen and produced by Emil Kramhøft Dinsen for Wergeland Film, who is also handling international sales.

'The Two of Us' premiered at CPH:DOX and was released in Danish cinemas in May. 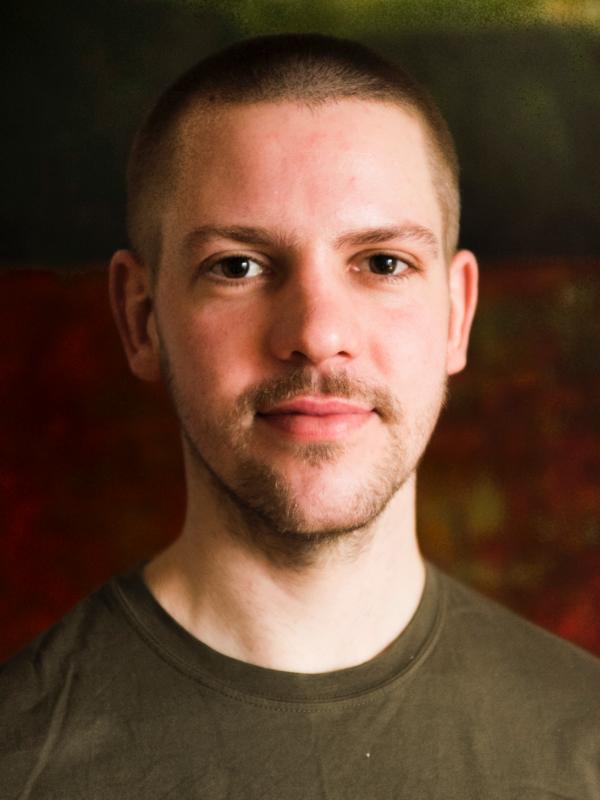 Director. Born 1986. Graduated from the alternative film school Super16 in 2014. 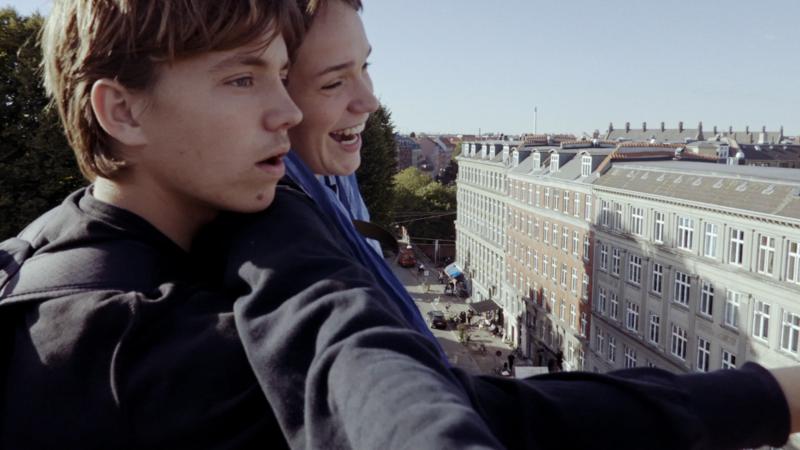 The Two of Us

Skjold and Isabel are no longer lovers, but they will always be each other’s first love. Over the course of a summer in Copenhagen, we are thrown directly in to the midst of their break-up in a whirlwind of conversations, fights and happy moments. The nostalgia of the Danish summer whips up the plumes of every feeling attached to their love.