"If you’re Greenlandic and you don’t see yourself in this film, I’ve failed"

INTERVIEW. With 'the Fight for Greenland', director Kenneth Sorento is stepping into the country’s divisive independence debate. It was important to show the nuances of the debate, Sorento says, and tell the story from a Greenlandic perspective. Kicking off CPH:DOX on 17 March, the film is in the running for the main prize.

CPH:DOX opens on 17 March with Kenneth Sorento’s 'The Fight for Greenland'.

Basically, Sorento says, the film is about what it takes to belong. The director has been working on the project since 2011, and over the three past years, the Danish director has tracked the film's protagonists – four Greenlandic activists on both sides of Greenland’s independence debate – trying to answer the question "Why independence?" instead of "How independence?"

'The Fight for Greenland' opens CPH:DOX on 17 March and is selected for the main Dox:Award competition.

The film shows how the colonial age still casts a long shadow across Greenland, and how the Danish language is still considered the language of power, since you need to speak Danish to get a higher education. But the film also shines a light on the nuances of the debate, showing how the 10 percent Danish-speaking population ends up feeling that they no longer are allowed to call themselves Greenlandic.

Sorento’s aim was to nuance the debate from a Greenlandic perspective, while telling a positive story about active Greenlanders. 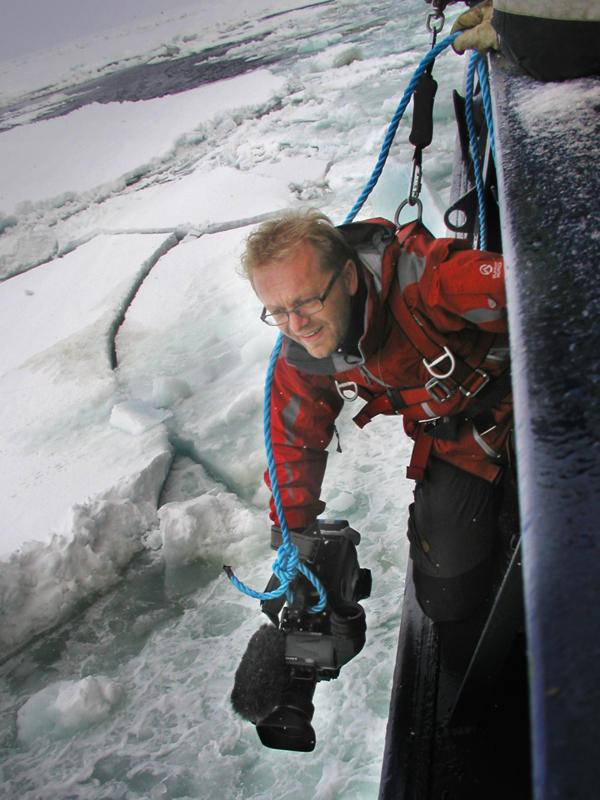 Director, cinematographer. Has a degree in film, TV and video production from 1999. Has further training from the photo school Fatamorgana and from the National Film School of Denmark.

What made you decide to tell the story of the Greenlandic independence debate through activists on both wings?
"It quickly became clear to me that I couldn’t tell a nuanced story of Greenland’s struggle for independence if I only had one character. I had to portray the conflict from both wings: the majority which is for independence and a large minority which is against. Also, it was important for me that the characters were activists – they shouldn’t just talk, but act. I wanted to show what happens when your ideals – what you talk about, what you stand for – suddenly meet reality.

"I was determined never to take a position on which wing is right. I want the audience to make up their own minds. That’s why there are no antagonists in the film. We don’t just take the characters’ side, we care for them."

Did you make a point of portraying strong, active individuals?
"I think in Denmark we focus too much on the challenges faced by Greenland: suicide, sexual abuse, social failure, corruption. It was important for me to show that, of course, there are lots of strong, active young people in Greenland, who don't see themselves as victims but fight for their future. Who use the negative heritage, which many of them are affected by, in creative ways. I think that’s important to show. It’s not the image we have in Denmark, but it’s the reality. 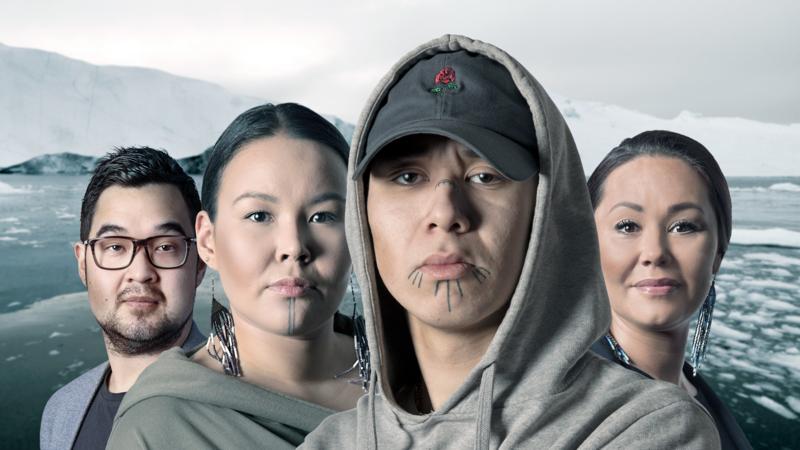 The Fight for Greenland

How were you, a Dane, met when you contacted your participants and said you wanted to make a film about Greenland?
"In Greenland, a lot of people have this view of Danes coming up for two to four weeks and feeling they know what's going on in Greenland. But in reality, typically they've just scratched the surface. So it was a challenge to find people to be in the film. I was constantly met with a 'You’re Danish, you can’t see the nuances'. I managed to find my characters, but it was hard to get close to them when I first started filming. Gradually, though, they began to open up.

"Our Greenlandic co-producer, Jørgen Chemnitz, told me, 'You did the right thing: you invested time'. I spent a combined eight months there over three years, living in Nuuk. My cast also told me that it made a difference that I knew what they were talking about when they were discussing Greenland and Greenlandic politics, history and artists."

Was it hard to find local partners for the film?
"It was important for us to have a Greenlandic co-producer, but it was hard to find one who was willing to tell this story. A lot of the Greenlanders I spoke with said, 'It’s a good story, but we don’t dare tell it.'

"The independence debate is the most controversial topic in Greenland, because it’s essentially an identity debate: What does it mean to be Greenlandic? Can you call yourself Greenlandic if you mainly speak Danish?One of the reasons why it was so hard to find a co-producer was that they were worried about being accused of being on one side or the other on the issue of independence.

I think that I, as an outsider, can contribute with a willingness to discuss a festering issue that’s still very close to the heart of Greenlanders, which makes it difficult to talk about for a lot of people among themselves.

"I also decided that I wanted a younger Greenlandic assistant director who was the same age as the characters. But most of the people I contacted either declined to give me an answer or said it was a great project but they were afraid to come aboard. I finally managed to get the skilled fiction director Mali Kleist on our crew."

Why were you the right person to tell this story?
"Basically, I believe everyone has the right to do stories about everybody else. And in general I believe it can be interesting with an outside perspective. But I also get the point that minorities, especially indigenous people, should have a chance to tell their own stories, since the white man has always been doing the telling.

"I think that I, as an outsider, can contribute with a willingness to discuss a festering issue that’s still very close to the heart of Greenlanders, which makes it difficult to talk about for a lot of people among themselves."

How did your participants respond?
"A few months ago, we got everyone together in Nuuk to screen a rough cut of the film. The reaction was overwhelmingly enthusiastic. Several people said they didn’t see it as a Danish film but as a film told from a Greenlandic perspective. That made all the difference for me. If you’re Greenlandic and you don’t see yourself in this film, I’ve failed."

'The Fight for Greenland' is directed and filmed by Kenneth Sorento. The film is produced by Ulrik Gutkin for Copenhagen Film Company Kort og Dok and co-produced by Jørgen Chemnitz and Benedikte Bredesen with support from, among others, the Danish Film Institute and DR.