PROFILE. A. Film is behind animated classics like 'Jungle Jack,' Journey to Saturn' and 'Terkel in Trouble.' Their latest release, 'The Incredible Story of the Giant Pear,' is a local hit that screened in Generation Kplus at Berlin and has sold to numerous countries. Here is a look at the Danish animation studio that has been nominated for European Producer of the Year at Cartoon Movie.

Turning 30 in August, A. Film has built an impressive filmography of 30 animated films in different formats. The European animation association CARTOON has nominated A. Film for Producer of the Year for releasing no less than five feature films in little more than a year. 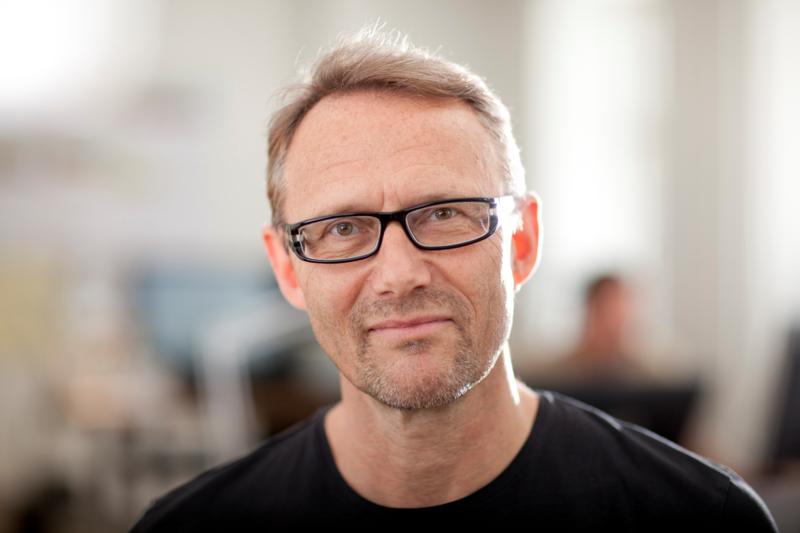 How would you describe A. Film’s profile?

"The films we have made over the years are very different, but we still have a consistent filmic vocabulary. A lot of us have roots in the classic animation technique, which is basically about creating believable, vivid, multi-dimensional characters by means of flat, lifeless lines and a good scoop of animation craftsmanship. We have always been inspired in our craft by the old Disney masters, who said the wise words, 'Don't just move the characters. Move the audience!'"

How has your company evolved?

"A. Film is turning 30 in August, so we have been around for a while already. To describe how we’ve changed, you would have to mention all the developments in technology. It all began with Peter Madsen's tale about the Norse gods, 'Valhalla,' when we learned the craft and decided to try and make a career in animation. There were no schools back then. We learned by doing.

"Ever since, we have been trying to pick up lessons from every corner of the globe. We had a stern taskmaster in Don Bluth, the American filmmaker and an old Disney guy, who was very demanding about animation and visual composition. We have worked with a bunch of different animators all over the world, alongside making our own films.

"IT’S BEEN A PLEASURE TO DEVELOP FILMS WITH OUR NEIGHBOURS IN THE SOUTH, NORTH, EAST AND WEST. WE ALL SPEAK BASICALLY THE SAME CINEMATIC LANGUAGE, BUT STUDYING OTHER DIALECTS ADDS NUANCES TO YOUR OWN LANGUAGE."

"Meanwhile, we learned how to navigate the digital world, including CGI animation and so on, and have built a smoothly running pipeline. We chose to focus on CGI animation for several reasons. There are simply fewer people out there who master the art of animating on a qualified feature-film level. Plus, it takes a lot more resources to make hand-drawn films. CGI production is less labour intensive.

"We should mention that we have also partnered in a number of co-productions in Europe, where the level of financing for animated films is quite a bit higher."

Is there a particular reason why you have been so productive these last few years?

"Luck! And some skill. We have worked hard to develop our projects, so others could believe in their viability, too. And we have been fortunate that the Danish Film Institute and others have supported our dreams and ambitions.

"On top of that, we dash around Europe, meeting with potential partners about one thing or another. That has led to a number of films and TV series over the last couple of years. We are now in the middle of releasing five features in 14 months, though we should add that a couple of them are co-productions, with A. Film handling a smaller part of the film." 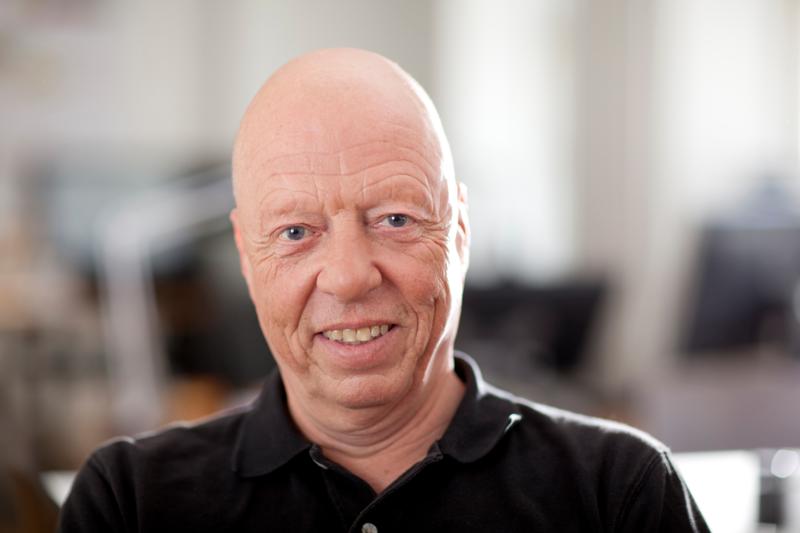 During the years Mastrup has produced a long line of Danish animation features.

What do international partnerships mean to you?

"They mean a lot on all levels. Above all, it’s a learning experience, with the added bonus of expanding your horizon. It’s been a pleasure to develop films with our neighbours in the south, north, east and west. We all speak basically the same cinematic language, but studying other dialects adds nuances to your own language. We think these partnerships have produced a lot of great stories. In the bargain, we may have lost some of our preconceived opinions about how films should be made.

"Nor is it insignificant to underscore the financial aspect. We are part of some major productions, even though we can’t bring in the same level of investment as the big Europeans countries."

How do you view Danish animation today?

"There is a lot of creative energy in Denmark. We have a good training environment and a lot of young talent. There are a growing number of platforms to work on in web animation, games, effects and so on. There are a lot of positive initiatives and a real joy of storytelling. Animation overall has never been bigger and appears in all sorts of contexts, in Denmark too.

A. Film is nominated for European Producer of the Year alongside three other European companies. The award will be presented on 9 March at Cartoon Movie in Bordeaux. See more at the Cartoon website.

"In terms of technology, things are also moving forward. We are keeping up well when it comes to crafting a high level of cinematic quality. Economically, though, it is hard to compete with bigger language regions and countries that offer various tax breaks and so on."

What do your plans for the future look like?

"The immediate future is dedicated to a feature, 'Ternet Ninja' (Danish title, ed.), which we are making with comedian Anders Matthesen, of 'Terkel in Trouble' fame. Also, we are engaged in 'Raggie,' a project with our old friends A. Film Eesti in Tallinn. And, as always, we are working on developing new films, wagering that one or more of the projects will be exciting enough to bring to the big screen down the road."

Hodja is a dreamer. He wants to experience the world, but his father insists he stays home and takes over the family's tailor shop. Fortunately, Hodja meets the old rug merchant El Faza, who gives him a flying carpet.

Life in Solby is nice and peaceful until one day Mitcho and Sebastian find a message in a bottle by the harbour. The bottle is from the missing mayor of Solby with a message that he is on a mysterious island and has made a great discovery. Now they must embark on a perilous journey to help save the mayor and bring him home, and in the process they uncover something that will bring great pleasure to the city of Solby – a giant pear. 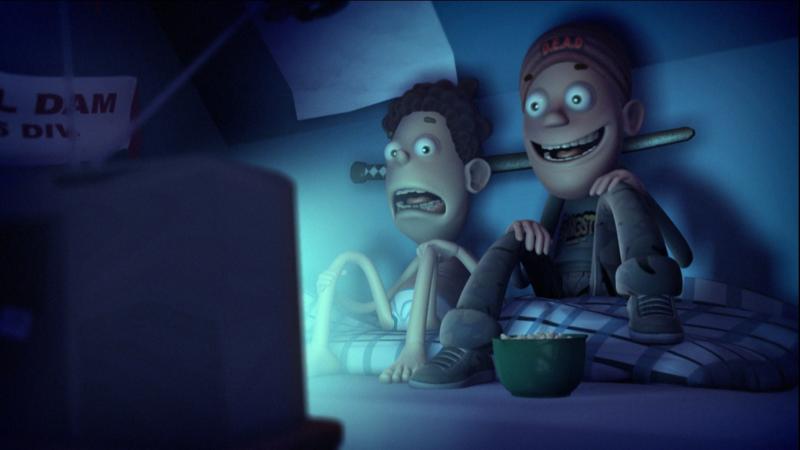 Terkel is eleven years old. He's having trouble with Steen and Saki, two bullies in his class at school. Luckily, Terkel has a really good friend, Jason. 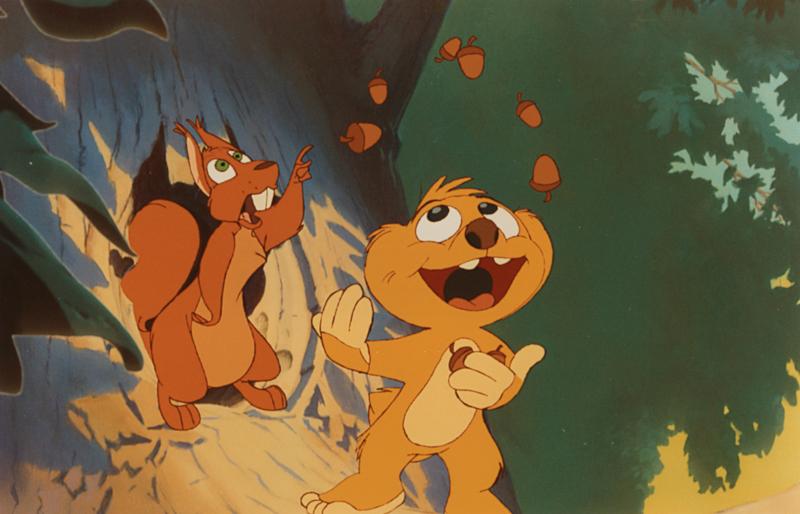