Nikolaj Coster-Waldau has everything it takes for a great career in acting – the hair, the smile, the jawline, the eyes, the sensitivity. He has had an unusual career, playing mostly in international films, but it looks like the 43-year-old actor has finally gained a solid foothold, in Denmark and abroad, thanks to his role as Jaime Lannister in "Game of Thrones" and, now, as a cop in Susanne Bier's upcoming "A Second Chance".

Coster-Waldau was handsome, fresh-faced and untested when Ole Bornedal cast him in "Nightwatch". These were just the right qualities to play an ordinary young man who gets a job as a night watchman in a morgue and is thrown into the challenge of his life when a serial killer strikes. It was the 23-year-old actor's first screen role, and his second role ever, after graduating from drama school in 1993. "Nightwatch" was the biggest Danish blockbuster of the 1993-98 period and paved the way for a new era in Danish films, introducing a heightened awareness of purely cinematic devices. A couple of years later, Dogme 95 picked up the new trend.

The Other Woman (2014)
Nick Cassavetes

Curiously, the success of "Nightwatch" did not mean an actual breakthrough in Danish film for Coster-Waldau, who did stage work and had parts in smaller – and less successful – films in Denmark and abroad. A full six years would pass before he landed his next substantial role, in Aage Rais-Nordentoft's "Foreign Fields", as a cynical, hardened soldier stationed with the UN forces in Bosnia-Herzegovina. The actor's man-of-action style probably jumpstarted his later roles as a soldier, including in "Black Hawk Down". Clearly, Coster-Waldau has developed a speciality in playing soldiers, as he has done in six films already. In real life, he was a conscientious objector.

Having gradually slipped off the radar of Danish cinema, Coster-Waldau in the early 2000's started popping up in small roles in big international productions. First, as a sniper in Ridley Scott's "Black Hawk Down", about the failed 1993 US military intervention in civil-war-raged Somalia, and four years later as a village sheriff in another Ridley Scott blockbuster, the sword drama "Kingdom of Heaven". Playing supporting roles as a resolute man of action in epic movies has become a bit of a speciality for Coster-Waldau.

After a run of more physical parts, Coster-Waldau proved that he was able to carry a film in a difficult lead role. The protagonist in Jesper W. Nielsen's "The Bouncer" is a floundering young man who tries to save his parents' marriage and finally gives his deceased father a last ride on his motorcycle. The story was based on actual events extensively covered by the Danish media in 1999.

"The Bouncer". Photo: Per Arnesen

Coster-Waldau had just been snubbed for the American epic John Carter, when he was offered the part of Jaime Lannister in the HBO series "Game of Thrones". John Carter looked like a sure thing, bound to give the Danish actor's career a real boost, while "Game of Thrones" looked like a gamble. As it turned out, John Carter was a flop that nearly dragged down the studio, while "Game of Thrones" is one of the biggest commercial hits of recent times. The role of Jaime Lannister, a scoundrel who turns out to be all too human, is roomy enough to show off all facets of the actor – from physical action man and dashing lover to wounded mortal.

Coster-Waldau's success with "Game of Thrones" has led to roles in big American movies, including the science-fiction film "Oblivion" and the thriller "Mama". The Mexican filmmaker Guillermo del Toro, who is executive producer of Andrés Muschietti's "Mama" and a big "Game of Thrones" fan, cast Coster-Waldau in the lead as a man who is raising his two nieces after their father (also played by Coster-Waldau) is killed in an accident. The girls have inexplicably survived for five years alone in a cabin in the woods. Coster-Waldau plays opposite Hollywood star Jessica Chastain.

Unlike other major Danish actors of his generation, Coster-Waldau still lacks a signature role in a non-action Danish film. Susanne Bier's new drama "A Second Chance" is likely to change that. The film stars Coster-Waldau as a cop who has a happy and settled life with his family, while his partner is divorced and bottoming out at strip clubs. One day, after they find a neglected infant in a junkie couple's apartment, their roles are reversed. Bier has created some of the weightiest roles in the careers of many Danish actors, including Sidse Babett-Knudsen, Ulrich Thomsen and Nikolaj Lie Kaas. "A Second Chance" is expected to open in the fall. 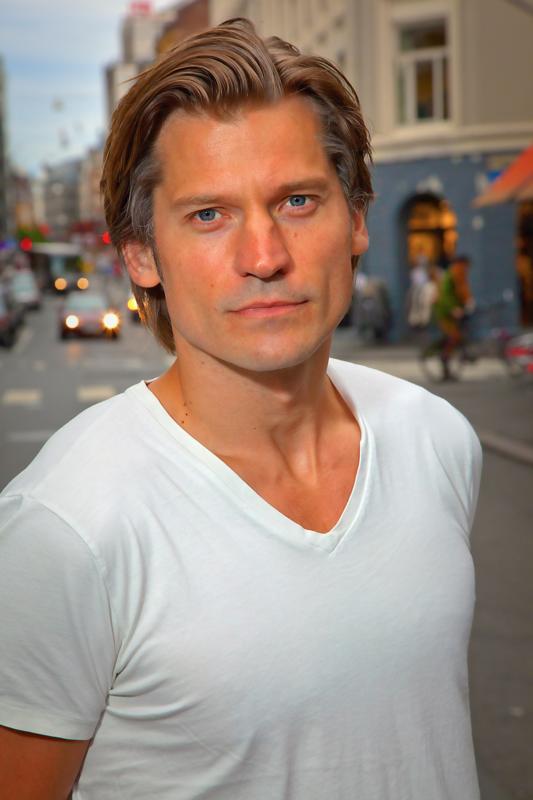