At first glance, Jon Bang Carlsen's "Just the Right Amount of Violence" resonates with the recent trend of hybrid films, but his new documentary is a natural extension of methods the Danish filmmaker has been using since the 1970s.

The theme of Jon Bang Carlsen's new film, "Just the Right Amount of Violence", is loss of love. It's a film that probes the difficult and often very painful relationship between parents and children. Moreover, it opens up the kind of wounds we all suffer growing up that have the potential to determine the course of our lives.

It's an important and urgent issue, and the story would appeal to any human-interest documentarian. The only problem is that very few people would want, or could even stand, to put their despair on display in such a vulnerable situation.

In this film portrait of Jenny Jespersen, a tough, windblown 76-year-old from Denmark's sparsely populated North Sea coast, Jon Bang Carlsen took up an observational documentary mode, where the observing preceded the start of shooting. Moving in with his protagonist, the filmmaker made note of things big and small from a day-to–day life without much variation. Only then did he turn on his camera, reconstructing one by one the most essential and telling moments he had fallen in love with.

For staged documentarism to work, the amateurs involved must have the hearts of performers and not be afraid of the camera. It's hard to imagine a better location for a staged documentary than a hotel full of extras and acting hopefuls. That's exactly what Jon Bang Carlsen found in the late '70s when he checked into the legendary Montecito Hotel on Franklin Street in Los Angeles, smack in the heart of Hollywood.

Jon Bang Carlsen pushed his method further into the gray area between reality and fiction in this "documentary comedy" about James M'evoy, a lovesick bachelor living in the Burren, a grey-green limestone landscape on the west coast of Ireland. It was no longer enough to just have the characters play themselves. He now relocated them, furnishing them with new friends and a story that's only partly their own, while still seeking to use documentary poetry to say something truthful about the world as it sticks in the narrator's senses.

Alongside "It's Now or Never", Jon Bang Carlsen shot a behind-the-scenes documentary that also serves as an essay on his method. Reflecting on the creation of key scenes, the filmmaker is like a magician revealing his tricks, while stressing that he does not think of his devices as fakery. Rather, it's a matter of staying true to one's own observations and impressions. As long as the characters can recognize themselves in the scenes and dialogue, he maintains, there is a documentary element there – not literally, perhaps, but in the form of a deeper, ecstatic truth (to lift a term from Werner Herzog).

The first instalment of his South African trilogy has Jon Bang Carlsen turning over a new leaf as a filmmaker. The transformation may have come from without, but it matched an inner imperative. True to form, the Danish documentarian travelled to South Africa to find faces and landscapes for a story that he had already outlined in his mind back home. However, his encounter with the harsh realities of South African life pushed him in the direction of a more classic documentary form – while, more than ever before, he felt the need to invest himself in this and the following South African films.

True to the method he has refined over four decades, Bang Carlsen (b. 1950) chose to mix reality, fiction and personal reflection. The two men who abduct "Simon" in the opening sequence are real-life "interventionists," but at the end of the film it's revealed that the sequence is a reconstruction. Rather than working in the classic, observational mode, Bang Carlsen asks the abductors to play themselves in a situation they know inside and out from their working lives. And the character of "Simon"? He's played by an actor.

Later in the film, we meet another young man, Taylor Green, who has actually been through the system and is now looking back at the experience. Meanwhile, in between the fictional and documentary elements, the filmmaker weaves another layer, an autobiographical and essayistic frame of explanation, in which he reflects on his own experiences as a son and a father, hinting at his personal motivation for picking up this particular subject.

Accordingly, "Just the Right Amount of Violence" ties into the recent trend of hybrid films where essentially documentary material is put into a framework that also questions conventional notions of reality and truth. Two recent examples are Sarah Polley's "Stories We Tell" (2012) and Marten Persiel's "This Ain't California" (2012), which both use fake archival footage and actors – not so much to fool the audience as to communicate a deeper, more abstract or subjective truth.

While hybrid film is a term that has been applied to a lot of boundary-bending documentaries in recent years, the concept is hardly new to Bang Carlsen. A grand old man of Danish auteur documentary film, Bang Carlsen made his debut in 1973 and broke through four years later with "Jenny", an original and personal short-film portrait of a 76-year-old woman in a remote village on Denmark's North Sea coast. As Jenny's voiceover relates her life and thoughts, we watch her act in a series of tableaux reconstructing situations from her everyday life. She is, in a way, starring in a cinematic interpretation of her own life.

Back in 1977, when Bang Carlsen modelled his version of an actual person, Jenny, the method wasn't new. Twenty years before, Lionel Rogosin had done something similar in his Oscar-nominated classic "On the Bowery" (1956), inserting a fictional character into a milieu of bums and barflies, whom he all directed to play themselves, in order to paint a realistic picture of life in the bowels of New York City. Like Bang Carlsen, Rogosin was fond of the pioneering Robert J. Flaherty and the Italian Neorealists who in similar ways made moving and memorable films by splicing fiction and reality.

However, Bang Carlsen took things a step further in "Jenny", and later films like "Hotel of the Stars" (1981), "Fugl Fønix" (1984) and "Før gæsterne kommer" (1984), refining and perfecting the method that he dubbed "staged documentarism." What drove him was the recognition that the reality that is presented in any kind of film has always been around the back of the filmmaker's eyes and so can never be anything but a subjective interpretation. For Bang Carlsen – and likeminded filmmakers – the camera is never just a surveillance tool. It's a pen for writing poetry based on your perceptions, a brush for painting the impressions you get from observing the world you're living in.

Bang Carlsen's exploration of the possibilities of "staged documentarism" reached a peak in "It's Now or Never" (1996), portraying a lovesick bachelor, "Jimmy," from the Burren, a harsh limestone landscape on the west coast of Ireland. The filmmaker next relocated to South Africa for a number of years, making films like "Addicted to Solitude" (1999), "Portrait of God" (2001) and "Blinded Angels" (2007), and opened up a new, more essayistic path in his production. On the back of this group of films, Bang Carlsen is now returning to staged documentarism. In "Just the Right Amount of Violence", he visually revisits some of the arch-American landscapes of the American Southwest that were his favourite locations in the late 1970s and over the next decade. But it is also a film that mixes up different expressive elements with a joyful lightness that recalls the phenomenon that the Danish painter Per Kirkeby, for one, once labelled "the arrogance of age." 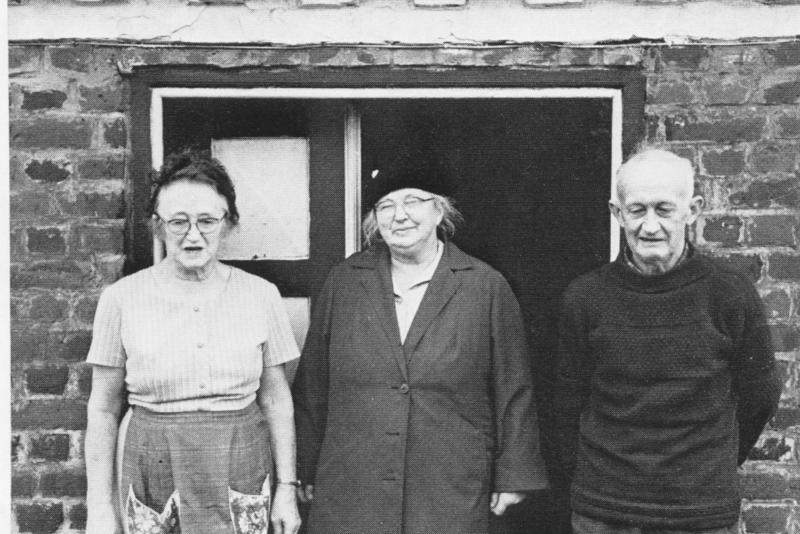 Jon Bang Carlsen likes to introduce fictional elements into his documentaries and this film is no exception. He writes: »The film is about a 76-year-old woman named Jenny Jespersen. I met her a few years ago quite by chance during one of my many visits to the Bovbjerg district on the west coast of Jutland. 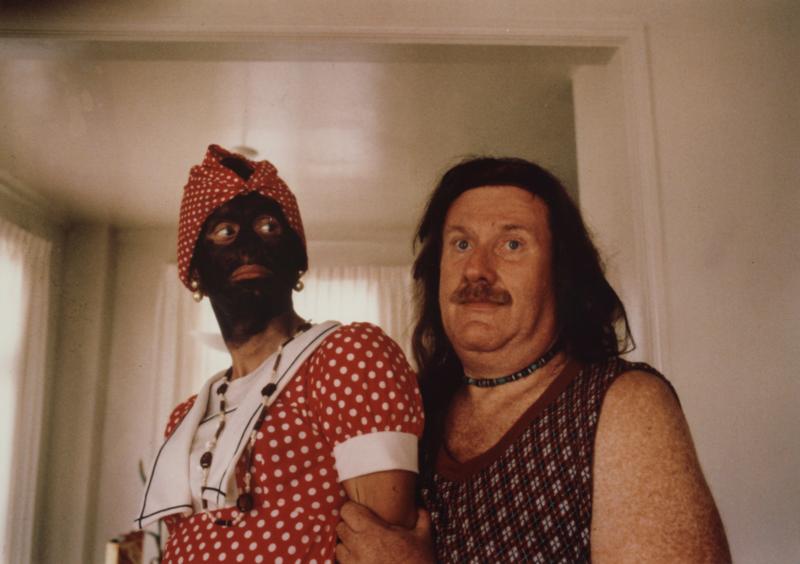 Hotel of the stars

A documentary comedy on extras played by extras. On their dreams and how the American society is reflected in these dreams. The film takes place in »Hotel of the Stars«, a hotel in the centre of Hollywood - USA. 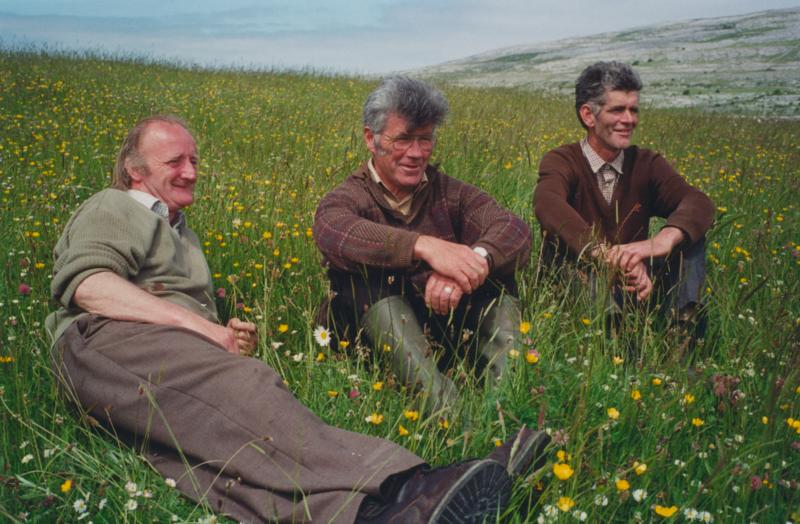 It's Now Or Never

The Irish West Coast, both harsh and beautiful, creates the frame for this humoristic documentary. The main character is Jimmy, middle aged and lonely. Of earthly creatures seen from his window is an equally lonely cow which has been bought by Jimmy from his bachelor friend, Austin. 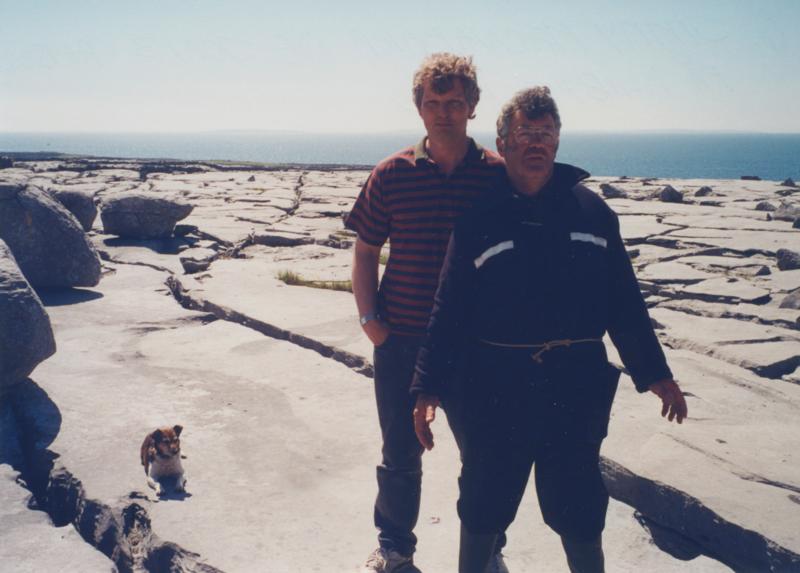 How to Invent Reality

After 25 years as a director Jon Bang Carlsen has made this cinematic essay on his method which he calls himself directed documentarism. The background of the film is the priduction of IT'S NOW OR NEVER , the story of an Irish batchelor's search for love. In the narration of the film Jon Bang Carlsen says, "I can only see the world by illustrating it through myself. 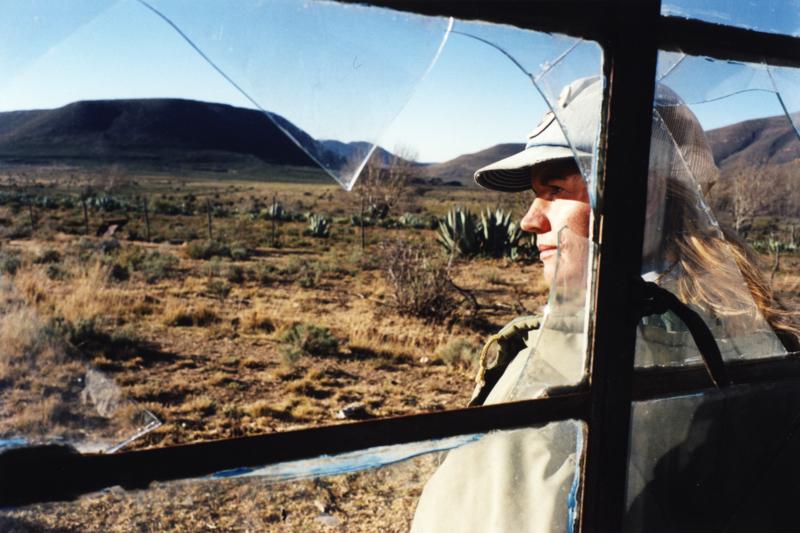 After the fall of apartheid a Danish film director arrives in South Africa. Instead of making the film he has intended he finds himself submerged in solitude listening to reflections of two white South African women of different backgrounds. "I travelled to South Africa to find a white family on a desolate farm and film how they faced the new days of equality after Apartheid, but I soon lost my way both on the endless roads and in my mind. 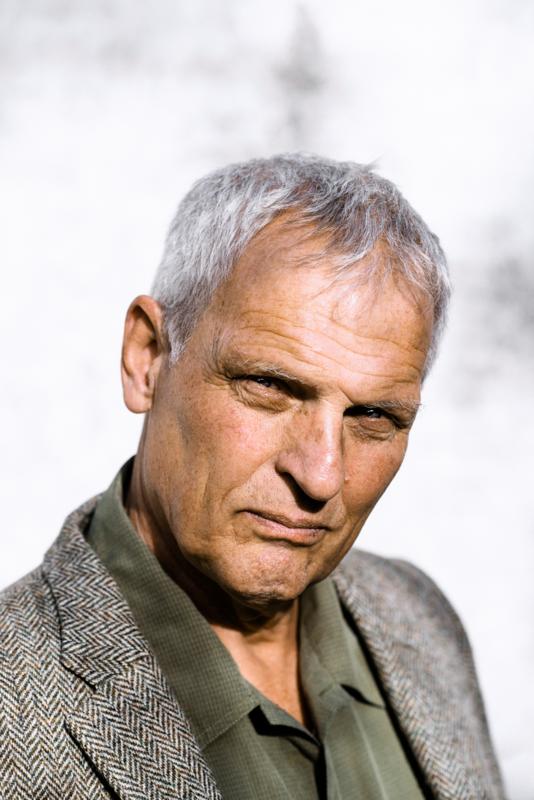