The Unbearable Heaviness of Childhood

New Zealand-born director Daniel Joseph Borgman is off to an impressive start: His first feature film, "The Weight of Elephants", is selected for the official programme at this year's Berlinale with screenings in both the Forum and Generation sections. A significant showcase for a first feature film.

"Isolation, loss of innocence and damaging those we love – these themes are in all my work." – Daniel Joseph Borgman

"Isolation, loss of innocence and damaging those we love – these themes are in all my work." – Daniel Joseph Borgman

Daniel Joseph Borgman, 31, is from New Zealand, and his film is shot in New Zealand. It tells the story of 11-year-old Adrian who is lonely and who lives in an isolated area with his grandmother and his mentally unstable Uncle Rory. When three strange and almost feral children move into the house across the street, Adrian finds someone he can connect to.

The Weight of Elephants is a Danish-New Zealand co-production produced by Lars von Trier's Danish production company Zentropa. Back in New Zealand, Borgman had worked as a runner on films and studied film and media at university. "But I'd always wanted to make my own films," he says and tells the story of how he ended up in Denmark.

"I followed a crazy German girl to Berlin. In 2006, she wrote a letter to Peter Aalbæk Jensen, head of Zentropa, saying 'I really need a job.' He wrote back saying 'If you learn Danish in three months you can have a job.' So she learned Danish, and Zentropa gave us a home."

The "crazy German girl" is Katja Adomeit who produced The Weight of Elephants, and both she and Borgman are based in Denmark now.

Chance brought Borgman to Denmark, but he feels that Danish films have a certain flavour that he is drawn to.

"Danish cinema has influenced me. The Danes have a strong bullshit filter. They have a lower tolerance for sentimentality. And that's a good thing for me. Deep down inside I'm a dark, depressed, cheesy filmmaker. So I'm fortunate to have been through the Danish bullshit filter, because it means I'm less sentimental in my films."

"I just have to be careful that I don't become too cynical now," he laughs.

Borgman also feels that there are similarities between the Danish and the New Zealand way of thinking. In both countries, it is almost a cardinal sin to think too much of oneself. The director explains:

"In New Zealand we call it the 'tall poppy syndrome' – we cut down anyone who gets too big for their boots." Having his film selected for the Berlinale has not given Borgman the tall poppy syndrome, he says. "I do feel like a small fish in a really big sea. But it's a nice feeling." He likes being a small fish because he would prefer to stay out of the hyped aspects of the film business. "I'm more interested in developing myself as an artistic person."

Visually, the film has a poetic quality. Fragments of glass, crumbling fences and buildings form an aesthetic backdrop to Adrian's loneliness.

"The poetic style is part of me. I grew up with the Hollywood tradition and then I fell in love with art cinema." Borgman is inspired by filmmakers outside Hollywood mainstream such as Terrence Malick, but it is Danish film's enfant terrible he has the greatest respect for.

"Lars von Trier is probably the most inspiring film person in my life. He's a genius, has strong convictions and is an anxious kind of guy, so he's very human. And he's sharing all this with the world, which is very difficult. But Lars' influence isn't visible in my work."

"The Weight of Elephants". Framegrab

The Weight of Elephants is punctuated by long passages of silence.

"I always try to remove everything that isn't essential for the story. In this film, the audience gets what Adrian gets. We don't have any more information than him." Another reason for the sparse dialogue is that there are not many people in Adrian's world. Adults are either physically absent like Adrian's parents or mentally absent like his Uncle Rory.

"This film is about an isolated child doing his best. A lot of the challenges children face is because the parents are absent." Borgman becomes insistent as he explains his themes.

"Isolation, loss of innocence and damaging those we love – these themes are in all my work."

The filmmaker then tells a story about a three year old girl who disappeared in New Zealand a few years ago. The mother had taken her eyes away from the girl for a few moments, and the girl simply vanished.

"The whole country freaked out and thought she had been kidnapped. But she had fallen down an open drain and drowned. This is so typical – we neglect the obvious, we are mentally absent. In the same way, the adults in the film aren't bad. They are under pressure and they make mistakes."

But childhood is no easier than life as an adult. "The weight in the title refers to the pressure that the children in the film are under. The pressure is really heavy, and we as adults have no idea how heavy pressure of this kind feels for children," says Borgman and adds: "I'm worried about innocent people – that the world erodes their innocence and turns it into something ugly."

The children in the film are not innocent, and they do cruel things like threatening to kill Adrian's pet rabbit. "But they just want to feel empowered," Borgman says. He feels that Adrian's experiences are universal.

"What happens to Adrian happens to everyone to some degree. Everyone faces challenges. We are all negotiating, trying to find our way in life."

"The Weight of Elephants" is produced by Katja Adomeit and Leanne Saunders for Zentropa. 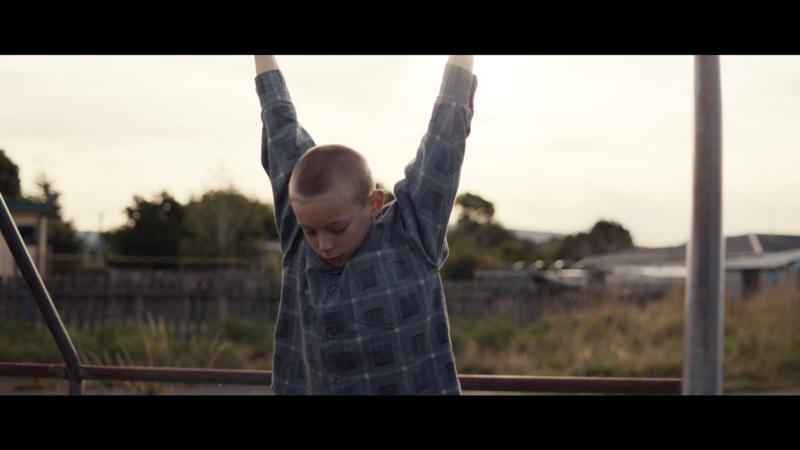 The Weight of Elephants

Adrian, 11, lives with his grandmother and his sick uncle. He has difficulty making friends, but when the mysterious Nicole moves into the house opposite his, an odd friendship develops between them. Slowly, he begins to suspect that Nicole is in fact the girl who disappeared in a neighboring town and who is all over the news.