What's on at the Cinematheque in February

CINEMATHEQUE. Finnish film is much more than Aki Kaurismäki, as you'll discover if you venture to the Danish Film Institute's Cinematheque in February. For our non-Danish speaking audiences in Copenhagen, we offer a large number of films with English dialogue or subtitles every month. Read on to find out what's playing.

Living in Copenhagen? The DFI Cinemateque in the heart of the city presents a comprehensive programme of Danish and international titles all year round. To help you navigate the films on show next month, this overview brings you a selection of series containing films with either English dialogue or English subtitles.

Printed programme for January-February (Danish only)

You can join the Cinematheque at a special membership rate. Members also enjoy free entry to a number of films throughout the year. Call ticket office for more information.

Twice a month the Cinematheque presents subtitled Danish films – current or classic – for our non-Danish speaking audiences. Playing in February is "Al Medina" by Omar Shargawi, about Yusif who travels to the Middle Eastern city of Medina along with his pregnant Danish wife, Sarah, in the hopes of starting a new life in his father's home town. But things go horribly wrong. Nicolas Winding Refn's "Bleeder" is the second film on the bill in February. Here we meet Leo and Louise, a young couple in Copenhagen. Leo often goes out with his friends while Louise stays home. When Louise tells Leo she's pregnant, a spark flares in Leo. His anger and self-hatred finally erupt into violence against Louise. The film features early performances by the now-renowned actors Kim Bodnia and Mads Mikkelsen.
Two films – 12 and 26 February

Get right under the skin of the Godfather of Soul with the Grammy nominated documentary "Mr. Dynamite" which spotlights James Brown's formative years and his development into a fiery funk king. There's soul on the record player from 20:00 in the bar, with the film beginning at 21:30.
"Mr. Dynamite" – 17 February

The Danish Institute for International Studies (DIIS) and the Cinematheque join film and research with the Docs & Talks film festival. Experience a string of new challenging documentaries – with debates, introductions and talks. Ten of the eleven films are in English or with English subtitles, and the debates for the following films will be held in English: "The Longest Run," "Fire at Sea"/"Havet brænder" (note that the film is in Italian with Danish subtitles), "The Apology."
Eleven films – 21-26 February

Finnish Film – Much More Than Kaurismäki

On the occasion of the 100th anniversary of Finland's independence, the Cinematheque presents highlights of Finnish film – from the ambitious 1922 silent movie "Anna-Liisa" to the brand new Cannes hit "The Happiest Day in the Life of Olli Mäki." The series starts on 3 February with a visit by director Dome Karukoski and a reception in Asta bar.
Nine of twelve films with English dialogue or subtitles – 3-24 February

When Leo, violent and rash, finds out that his girlfriend Louise is pregnant, the prospect of starting a family and the commitment this involves, sparks off a smouldering hatred of himself, perhaps also because the relationship has no future. He becomes more and more aggressive, but is incapable of giving voice to his anger. Only the violence he so passionately detests speaks a sufficiently clear but tragic language. 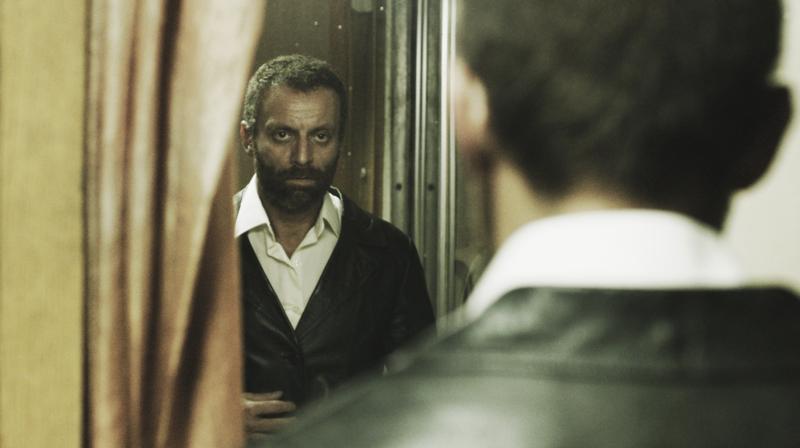 Yusif, who is half-Danish, half Arab, travels to the Middle Eastern city of Medina along with his pregnant Danish wife, Sarah. Yusif wants to start a new life with his wife in his father’s hometown. He is convinced that this is where he belongs and happiness lies ahead.