I Never Went to a Funeral Where No One Laughed

The last 10-15 years have seen a steady stream of divorced police detectives and psycho killers coming out of Scandinavia. Now, Mikkel Nørgaard has adapted "The Keeper of Lost Causes" by the bestselling Danish crime writer Jussi Adler-Olsen. What did he do to stand out from the crowd and give the film its own style?

"I really feel I have a big responsibility," Mikkel Nørgaard says. "So much good TV is being made these years, in crime serials and in general. The bar has been raised and expectations are high. Why should people pay 10 euros to go to the movies if they can watch something just as good or even better on TV? We have a huge obligation as cinematic storytellers."

Of course, anyone pitching a film could say that, but clearly Nørgaard really did go the extra mile. He energetically discusses the tiniest details of "The Keeper of Lost Causes". Adding his choppy, boyish haircut and gangly physique to his youthful enthusiasm, you almost forget that he was born way back in 1974 and has more than 10 years of experience as a director of several Danish TV series and a feature, "Klown".

There's been much talk about the rise of Scandinavian mysteries –  in novels, films and on TV. But what is it that makes the Scandinavian thrills so irresistible? Heaps of reasons have been voiced: Nordic crime stories fascinate because of their deep focus on their characters. They provide insight into Scandinavian society, at once oddly familiar and exotically different. They show the cracks in the perfect surface of the Scandinavian welfare states, revealing a darker and more intriguing picture of society. They simply tell good stories. Stieg Larsson's groundbreaking "Millennium" trilogy blazed a trail for Scandinavian mysteries in films and on TV. Other respected Nordic writers' crime stories have made it to the big screen, including Jo Nesbø's "Headhunters", Jan Guilllou's "In the Interest of the Nation" and now Jussi Adler-Olsen's "Department Q" series. Popular crime series on TV include "The Killing", "The Bridge" and the Arne Dahl "Intercrime" series.

Jussi Adler-Olsen is Denmark's premier crime writer. His books routinely top bestseller lists in northern Europe, and he has won just about every Nordic crime-writing award, including the prestigious Glass Key Award – also won by Henning Mankell, Stieg Larsson and Jo Nesbø. Adler-Olsen's thrillers about Department Q have sold more than seven million copies worldwide since the first novel, "The Keeper of Lost Causes" (or "Mercy"), came out in 2007. Last year the book won Adler-Olsen the American Barry Award for Best Novel of the year and made it to The New York Times bestseller list. Adler-Olsen's fifth book in the series was released in December.

In "The Keeper of Lost Causes", Nørgaard is plunging head first into a genre that a lot of Scandinavian filmmakers have had a stab at in the last 10-15 years. The world has been lapping up all the Scandinavian Noir coming out of Denmark, Sweden and Norway – books by Stieg Larsson and Jo Nesbø, TV series like "Unit One", "The Killing" and "The Bridge" and films like Niels Arden Oplev's "The Girl with the Dragon Tattoo", Morten Tyldum's "Headhunters" and Lasse Hallström's "The Hypnotist". In a few short years, three of the world's most prosperous and peaceful nations have become wholesale purveyors of harrowing divorces, serial killers and psychopaths of all stripes.

Nørgaard's studio, Zentropa, has announced 10 films in 10 years based on the Danish writer Jussi Adler-Olsen's bestselling series about Department Q featuring chief detective Carl Mørck. Considering that Adler-Olsen so far has written just five books about detective Mørck, Nørgaard will more than likely be less busy than the Zentropa announcement would propose. But he knows it will still take hard work to make his films stand out among the general flood of Scandinavian Noir.

"To put it a bit simplistically, Scandinavian crime stories often have a blue note and a touch of glass and steel," Nørgaard says with what can only be a hint of tongue in cheek, since Nordic mysteries on film and TV practically wallow in steel-grey gloom and blue melancholy. This presents a prime opportunity to go for a different look on the Nordic crime scene, and "The Keeper of Lost Causes" takes it.

"I wanted a warmer tone, more leather and wood, more texture, more organic, more analogue as opposed to digital," Nørgaard says. "You should be able to feel the film with your fingers. The locations we chose and the sets we built were all with this texture in mind."

A full year before shooting started, Nørgaard began to devise this texture with his production designer, Rasmus Thjellesen, and his DP, Eric Kress. With a budget of 5 million euros, there were funds left over to lavish on the details.

The film was shot in the fall to incorporate the golden, warm colours of the season in the film's look. Eight carpenters and eight painters worked on the sets at peak production. Costumes, furniture, paint and locations with the right "wood and leather" feel were zealously scrounged up.

"It was a huge job and we put a high priority on it," Nørgaard says.

You might even say the film has a '70 style inspired by the directors that Mikkel Nørgaard and scriptwriter Nikolaj Arcel grew up with – Steven Spielberg, Martin Scorsese, Francis Ford Coppola.

"The Keeper of Lost Causes" also showcases a phenomenon that does not usually distinguish the gloomy Scandinavians, and that is humour.

"Part of the fun of Jussi Adler-Olsen's books is how he uses humour in his character descriptions. I'm a big believer in dynamism, switching from a slow pace to a fast pace, but I also believe that humour used right after something scary happens can deliver a good laugh. To me, it's all drama, whether it's a mystery, a comedy or what have you. I want to include as many colours as possible in a drama. There's a tendency sometimes to think that humour has no place in a real drama. That's a mistake. Humour is such a big part of our lives, even in the biggest dramas of our lives. I never went to a funeral where no one laughed. There are times when we need to go 'Do you remember the time he was such an idiot?' to even be able to breathe. Then we can get back to being serious."

Several of the actors in this dead-serious thriller story are funnymen. Nikolaj Lie Kaas stars as the tight-lipped detective Carl Mørck. The Swedish actor Fares Fares plays his assistant Assad, while Søren Pilmark, Troels Lyby and Rasmus Botoft appear in supporting roles. They are actors who know how to switch between serious and comedic roles seamlessly, and that is precisely why they were cast for "The Keeper of Lost Causes".

"Key for me is that I'm always looking for the drama, no matter whether I'm doing a comedy or a mystery. As I see it, "Klown" is a classic drama, only it's told as a comedy. Nikolaj is a great actor with huge range. His character, Carl Mørck, has a very dry sense of humour that only comes out a few times in the film. It takes real comic sensibility to use that tiny little window to open up the character."

Production design and humour are two areas that Nørgaard put a lot of work into. But above all, he singles out cinematic thoroughness as the one element that prevents disappointed moviegoers from demanding their money back.

"Scriptwriter Nikolaj Arcel and I spent a really, really long time adapting the book in front of us, holding onto the essential things. The story is the most important thing, clearly. Then, it's about assembling the best cast and a good team behind the camera."

"As I told my crew, I want to take cinema back. That is, Dogme, which was great, put all the focus on the story and made room for the actors to create great films. I wanted to add the cinematic, the uniquely filmic, on top of that. We still have a good story and the acting is great, but it also has to look like a million bucks."

"The Keeper of Lost Causes" is produced by Louise Vesth for Zentropa. World premiere at the Locarno International Film Festival in August. 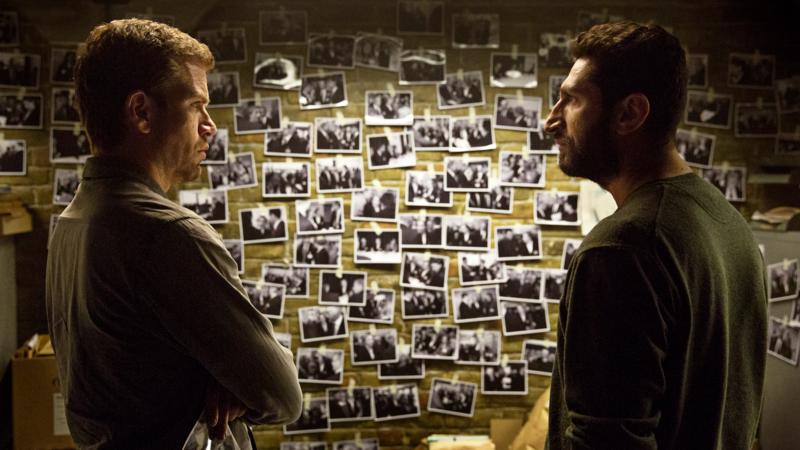 The Keeper of Lost Causes

Following a shootout that left his two partners respectively dead and paralyzed, chief detective Carl Mørck is assigned to the newly established Department Q, a department for old, terminated cases. The department consists only of himself and his new assistant Assad. Although they get explicit orders to only read and sort through the cases, only a single day passes before Carl's stubborn nature throws them headfirst into the mystery of Merete Lynggaard's disappearance; a beautiful female politician who vanished five years ago from a passenger ferry, the only witness her brain-damaged brother who was found on the car deck, screaming at the top of his lungs. 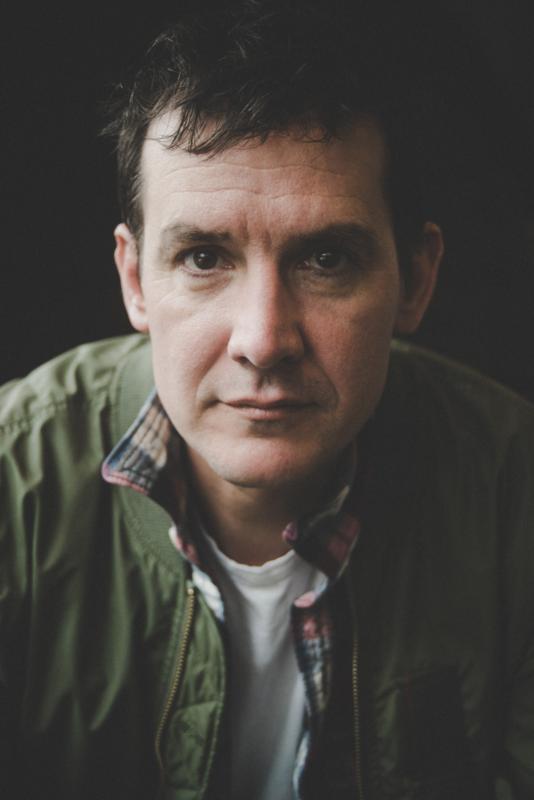