OVERVIEW. Danish films had a standout year at the cinema, despite the national lockdown in the spring and recent restrictions bringing further financial strain. We take a look back at the year in film, which also saw a string of highlights in a transformed festival world.

The corona crisis has been dominating 2020, including the world of Danish film. Much of the industry is feeling the financial strain, and the current shutdown of cinemas in many municipalities spells more hard times for the sector.

So far, no cinemas or production companies have been forced out of business. A number of film productions closed down in the spring but started up again with supplementary aid from the Danish Film Institute. Meanwhile, an additional government grant was made in November to ensure the funding of an undiminished number of Danish films in coming years.

Overall admissions at Danish cinemas are down 44%, especially because of the cinema closure in the spring and because many big international films were postponed or went straight to streaming.

Danish films had sold 3.6 million tickets in 2020. In light of the lockdown and recent restrictions, that is a very positive result compared with recent years: Danish films generated 3.4 million admissions in 2019 and 3.7 million the year before. Reduced competition from Hollywood has made more room for Danish films, narrow and broad alike. Moreover, compelling Danish stories and big-name directors have helped drive sales.

It’s hugely satisfying to see so many choosing to see Danish films at the cinema.

Four Danish films top the list of most popular films in 2020. Thomas Vinterberg’s 'Another Round' is this year’s most seen film, with a bit over 800,000 admissions. In second place is Anders Thomas Jensen’s 'Riders of Justice', which drew 125,000 people on its opening weekend and has now sold more than 460,000 tickets. Both films are produced by Zentropa. They are followed by Mikkel Nørgaard’s 'Klovn The Final' (437,000 admissions) and Anders Refn’s 'Into the Darkness' (370,000).

In all, six Danish titles are in the top ten.

Three of this year’s 23 theatrical releases were documentaries. René Sascha Johannsen’s '7 Years of Lukas Graham', selling 21,000 tickets, is the most popular theatrical documentary since 2011’s 'Svend'.

Every other ticket sold is for a Danish film

As of 10 December, Danish films represented 50% of this year’s admissions, obviously benefitting from the low number of big international releases. This is the highest domestic market share on record.

"It’s hugely satisfying to see so many choosing to see Danish films at the cinema. This is a recognition of an industry that has the vision, talent and skill to create powerful and pertinent stories that bring pleasure to great numbers of people, particularly in a time of crisis. We have been in a unique situation in Denmark. Cinemas were able to stay open in the autumn, and the industry has succeeded in bringing films to the big screen. Very few countries have such a strong national production.

"It’s a crying shame that cinemas have to close now owing to the new restrictions. Hopefully, some films can be released at a later date and find their audiences once cinemas reopen, though sadly that will not be the case for the two Christmas films currently playing.

"On the whole, 2020 has been a good year for Danish film. There has been less competition from Hollywood, but it’s still impressive to see local films generating 3.6 million admissions, considering that cinemas were closed for three months and that a vast majority of them are now closed again.

"Despite the obstructions of corona, the industry has a full repertoire ready for 2021. There is much to look forward to."

In 2020, Danish films made their mark at prominent festivals.

Since the beginning of the corona crisis in March, festivals have largely been held virtually. The first milestone for Danish film came at Toronto Hot Docs, where Tanja Wol Sørensen won an honourable mention for her portrait of 'A Colombian Family'.

Thomas Vinterberg’s 'Another Round' and Jonas Poher Rasmussen’s animated documentary 'Flee' received the Cannes Festival’s Official Selection seal in June. Vinterberg's drama later made the rounds of the festival circuit to great acclaim – from the Toronto Film Festival to awards at San Sebastian and London. At the European Film Awards on 12 December, 'Another Round' won four major awards, including the main prize for best film. Recently, the film was also named Denmark’s candidate for next year’s International Feature Film Oscar.

In 2020, Feras Fayyad’s Syrian war documentary 'The Cave' was nominated for an Oscar and later won two Emmys and, most recently, a nomination for the European Film Awards.

Every other film has a woman front and centre

Of the 20 theatrically released Danish features in 2020, only one in four was directed by a woman. Remaining at last year’s level, this is clearly not a step in the right direction, considering the Danish Film Institute's goal of more equal representation of women behind the camera.

The gender ratio looks better when it comes to the stories experienced by cinema audiences: This year, half of Danish features have one or more women in the lead. Read more about the Danish Film Institute’s and the film industry’s joint diversity efforts.

The year to come

As the schedule looks now, 19 Danish features and two documentaries will be theatrically released next year. However, quite a few releases are expected to be rescheduled depending on how the corona crisis evolves.

Next year’s films range across many genres and include Bille August’s 'The Pact', about Karen Blixen/Isak Dinesen, Christoffer Boe’s romantic drama 'A Taste of Hunger' and Ole Bornedal’s 'Shadows in My Eyes', about the bombing of the French School in Copenhagen during the Second World War.

When 14-year-old Marco, a homeless gipsy boy, is arrested at the Danish border control for possession of a missing public servant's passport, police inspector Carl Mørck and his Department Q team are tasked with finding the connection. The old case contains several suspicious elements: The public servant was accused of paedophilia shortly before he disappeared, and his case was closed unusually quickly. But the silent, traumatized Marco refuses to talk to them, and it's not long before he's on the run from those who intend to kill him because of what he knows.

A Taste of Hunger

Maggie and Carsten love each other, they have two wonderful children, and they run their gourmet restaurant, Malus. They want it all. And they have it all.

In a desperate attempt to cure his midlife crisis, Martin has fled his family to live high up in the Norwegian mountains. Hunting and gathering like his ancestors did thousands of years ago before supermarkets and smartphones ruined everything. But Martins self-actualization project is turned upside down when he meets Musa.

Aged 62 Karen Blixen is at the pinnacle of her fame and next in line to win the Nobel Prize for literature. It has been 17 years since she gave up her famous African adventure only to return to Denmark in ruins. Devastated by syphilis and having lost the love of her life she has reinvented herself as a literary sensation. 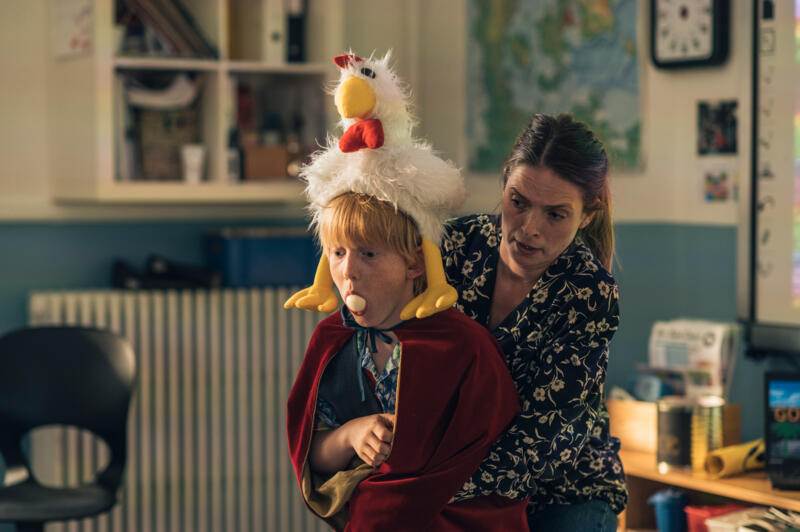 Buster, 11, loves everything about his life. He’s an optimist who knows that the going can get tough, but if you apply a little magic and a lot of love, things will work out. He's always willing to lend a helping hand to his little sister who has a limp, his parents and his old friend Mr.

Films expected to premiere later in 2021

Tags: Facts & Figures Another Round - English Riders of Justice - English Klovn the Final - English Into the Darkness - English