CPH:DOX with a focus on social experiments

FESTIVAL. Themes such as science, justice and social experiments are brought to the fore at this year's CPH:DOX festival, launching 15-25 March. The Copenhagen-based documentary film festival boasts a film programme of more than 200 films, including nine Danish world premieres in the international competitions.

Alongside its five competitive sections, the CPH:DOX documentary film festival celebrates its 15th edition (15-25 March) with a number of new theme-based series. 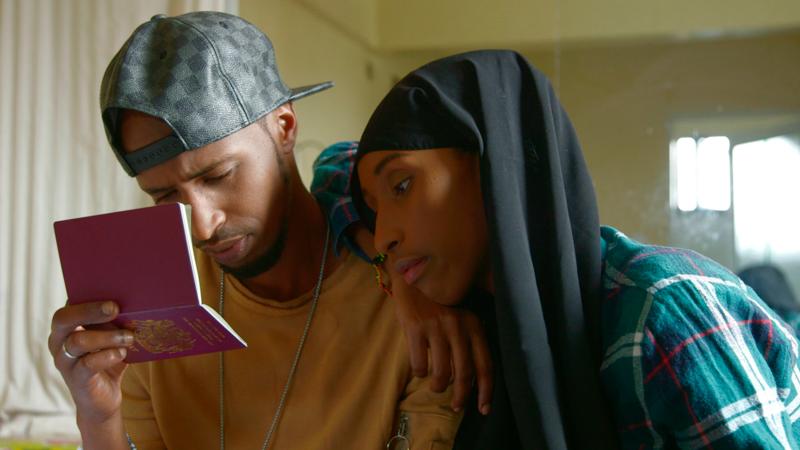 Mohammed was three when he was sent away from Somalia with his two older sisters to get a better life in London. When he became a teenager, he was jailed on a drug charge and deported back to Somalia. Here he was adopted by the terror organisation Al-Shabaab.

'Social Experiments' is this year's major theme, running as a common narrative through the programme – from Marcus Lindeen's 'The Raft' about a failed expedition over the Atlantic in the early 70s, to a replay of a German reality show, Katharina Knust and Jana Magdalena Keuchel's 'Last Year in Utopia.' An exhibition will be held at the art space Kunsthal Charlottenborg as well as a curated film programme, both giving a contemporary and historical view of social experiments in film, art and politics.

Would you confess to a crime you did not commit? Each year innumerable American suspects do, and experts say that trained interrogators can get anybody to confess to anything. Defence attorney Jane Fisher-Byrialsen is determined to put an end to interrogation techniques that all too often pressure innocent people into false confessions. The film follows four of her cases, all involving false confessions, and examines the psychological aspect of how people end up confessing to crimes they have not committed and the consequences of these confessions – for those accused, for their families and for society at large.

'Justice,' a new permanent programme starting up this year, focuses on how civil rights and individual freedom are challenged by our fear of terrorism, migration and globalisation. Films exploring the subject include Monika Hielscher and Matthias Heeder's 'Pre-Crime,' a documentary sci-fi thriller about how surveillance and big data promise us a world without crime, and Erika Cohn's 'The Judge' about the world's first female Sharia judge.

CPH:SCIENCE is dedicated to the growing field between film and science, introducing the inaugural Science Film Forum, an initiative unfolding during the industry days seeking to spark new projects between filmmakers and scientists.

The main DOX:AWARD competition features Søren Steen Jespersen and Nasib Farah's Lost Warrior about a former radicalised Islamist caught in limbo. Jespersen is one of the producers behind the Oscar-nominated 'Last Men in Aleppo,' which also won last year's main DOX:AWARD. The competition also includes Andreas Dalsgaard's The Great Game, an odd road trip to the far East, uncovering a lost family story. See all films nominated for the DOX:AWARD.

CPH:INDUSTRY, which runs 19-24 March parallel to the festival, will be hosting the financing and co-production market CPH:FORUM, the work-in-progress section CPH:WIP, the new pitching event Science Film Forum, the multiple-day conference event CPH:CONFERENCE and the screening market CPH:MARKET.

Danish films in the NORDIC:DOX line-up include Max Kestner's Bad Circumstances about a mythical Greenland expedition, Cille Hannibal's The Night We Fell about loss and how to move on, and Lasse Lau's The Happy Native reflecting on Greenland's historical ties to Denmark. See all films nominated for the NORDIC:DOX award.

Michael and his father, the old Lord Chamberlain Soren Haslund-Christensen, are in the attic to find hidden treasures from the past. Grandfather Henning was a famous explorer and heritage collector among Mongolian tribes and Michael has heard rumours that Henning lived a secret double life as a British agent and gunrunner. Now he wants to find out if it's true.

Finally, nominated for the NEXT:WAVE award for films by visual artists and emerging young talents are Frederik Sølberg's Doel, a mood report from a village on the fringes of Europe, and Maria von Hausswolff and Anne Gry Fiis Kristensen's Entrance to the End shot on 16mm deep inside the Panama jungle. Hausswolff was cinematographer on Hlynur Pálmason's critically acclaimed debut feature 'Winter Brothers.' See all films nominated for the NEXT:WAVE award. 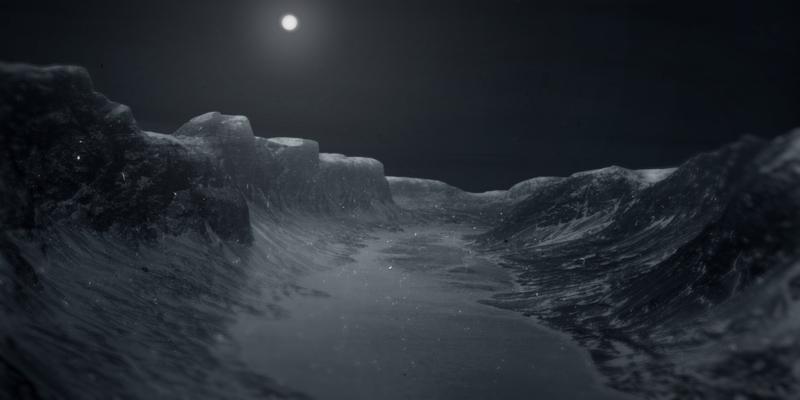 The film freely imagines what happened during the mythical Denmark Expedition 1906-08 to The Northeast of Greenland. The indomitable amateur detective Steffen Holberg is determined to uncover the truth about the expedition: What were the circumstances that led to the tragic deaths of Ludvig Mylius-Erichsen, Niels Peter Høeg Hagen and Jørgen Brønlund? Was there more at stake in the expedition than two missing bodies? In his search for answers, Holberg goes on a voyage of discovery into the state archives, seeking help from experts, modern scanning technology and old-fashioned handwriting analysis. In the rugged terrain between reality and myth, past is interwoven with present into a larger tale about the human zeal to map new lands, gain new knowledge and create meaning in the apparent meaninglessness of human life. 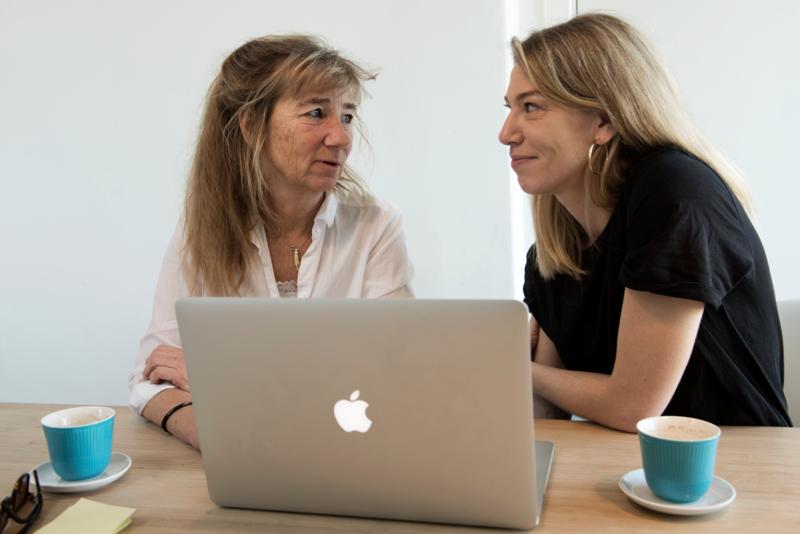 Mette’s life changes instantly and irrevocably, when her husband, Per, dies in a tragic accident. To have a reason for being around her mother documentary filmmaker Cille Hannibal, picks up her camera and starts filming. This is the beginning of an unpredictable journey over the course of a year where the relationship between mother and daughter evolves around the one who is missing. 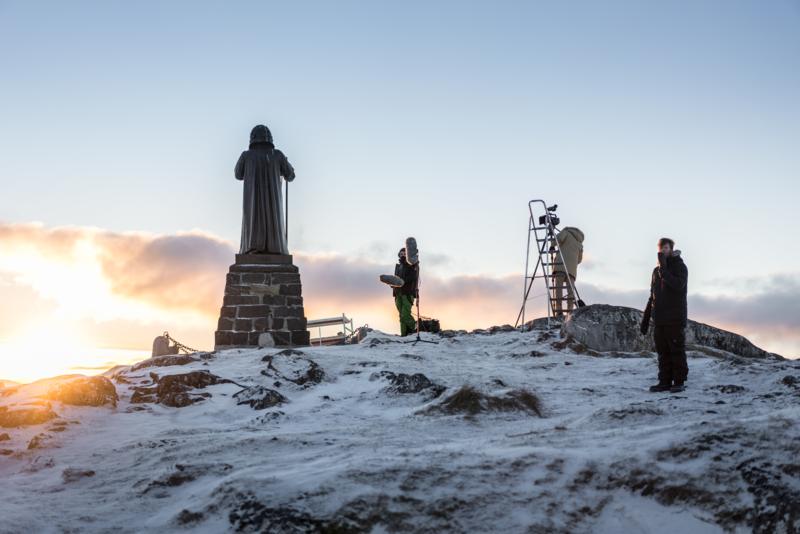 The Raven and the Seagull

A journey along the beautiful west coast of Greenland and its proud Inuit culture. We meet a modern Greenland in an ongoing struggle fitting in with the many assumptions left by the colonial past and present, trying to reckon this with the future. 300 years of colonial history has set an imprint in the faces of two nations.