The Venice Film Festival is seeing the world premieres of two Danish documentary films: 'Music for Black Pigeons' on jazz improvisation by Jørgen Leth and Andreas Koefoed (Out of Competition) and 'Innocence' about young lives lost in the Israeli army by Guy Davidi (Orizzonti competition).

The festival also includes the world premieres of Lars von Trier's final season of his cult series classic, 'The Kingdom Exodus', and Nicolas Winding Refn's noir series 'Copenhagen Cowboy'. Both are selected for the Out of Competition programme.

Finally, two fiction films co-produced with Denmark are on show: Lav Diaz's Filipino 'When the Waves Are Gone' co-produced by Snowglobe, and Teona Strugar Mitevska's North Macedonian 'The Happiest Man in the World' with Danish co-producer Frau Film on the team.

Jørgen Leth ('The Five Obstructions') and Andreas Koefoed ('The Lost Leonardo') team up for the first time in this ensemble music documentary featuring some of the most influential jazz musicians of our time.

The film explores what it means to be present in the now, about playing and improvising, about carrying on the legacy of generations of jazz pioneers,

In a mix of music recordings, concerts, backstage scenes and interviews, the film invites its audience to witness the driving forces behind musicians such as Lee Konitz, Bill Frisell, Paul Motian, Mark Turner, Thomas Morgan, Joe Lovano, Jakob Bro and many more.

'Music for Black Pigeons' is produced by Emile Hertling Péronard for Ánorâk Film with support from the Danish Film Institute.

Copenhagen-based Israeli director Guy Davidi aims in his film to tell the story of children who resisted to be enlisted in Israel's armed forces but capitulated. Their stories were never told as they died during their service. 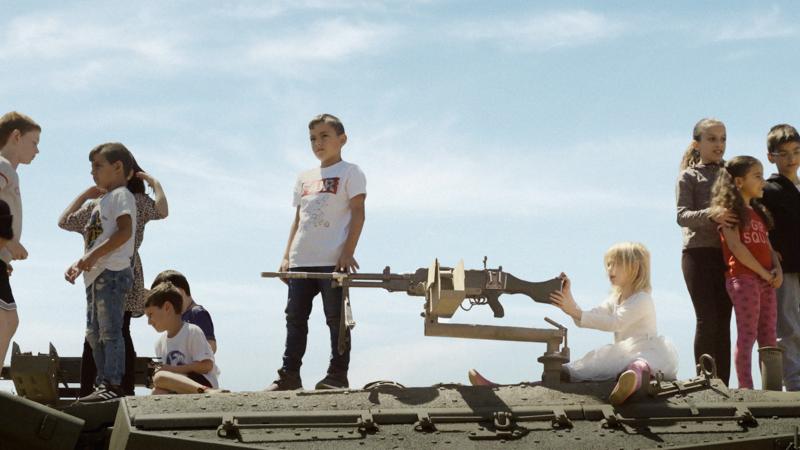 Through a narration based on their haunting diaries, the film depicts their inner turmoil. It interveawes first-hand military images, key moments from the young people's childhoods until enlistment and home videos of the deceased soldiers whose stories are silenced and seen as a national threat.

For 'Five Broken Cameras' from 2011, Guy Davidi and co-director Emad Burnat received an Oscar nomination, an Emmy Award, a Sundance top prize and numerous other accolades.

'Innocence' is produced by Sigrid Jonsson Dyekjær and Hilla Medalia for Danish Documentary Production and Medalia Production in co-production with Real Lava, Making Movies and Saga Film with support from the Danish Film Institute.

Lars von Trier's third and final season of his cult series from the 1990s, 'The Kingdom', expands on the ghost story about the hospital built on top of the old bleaching ponds in Copenhagen, where evil has taken root and medical science struggles with itself, where the Swedes curse the Danes, and where the supernatural and inexplicable mix with horror and humour.

Lars von Trier wrote the script with Niels Vørsel, who was also on board the previous seasons. The series is produced by Louise Vesth for Zentropa and is presented by Viaplay and DR, with co-production by Film i Väst, Zentropa Sweden and Ginger Pictures.

Writers are Sara Isabella Jønsson, Johanne Algren and Mona Masri, and producing the series are Lene Børglum and Christina Erritzøe for byNWR Originals.

Danes on board co-productions

'The Happiest Man in the World' by Teona Strugar Mitevska tells the story of Asja, a single woman who is matched with Zoran at a speed dating event. Zoran, however, is not looking for love but forgiveness. Co-producing for Denmark's Frau Film is Maria Møller Christoffersen, and other key Danish contributions include editing by Per K. Kirkegaard and sound design by Kristoffer Salting. Selected for Orizzonti.

'When the Waves Are Gone' by Golden Lion winner Lav Diaz is about a lieutenant, Hermes Papauran, one of the best investigators of the Philippines, who finds himself in a deep moral crossroad. Danish co-producers are the Snowglobe team of Eva Jakobsen, Mikkel Jersin and Katrin Pors. Selected for Out of Competition.

Both co-productions are made with support from the Danish Film Institute.