As Jonas Alexander Arnby throws himself into the horror genre in his debut feature "When Animals Dream", the director stresses the importance of realism and believability in the story of a teenage girl undergoing sudden and bizarre changes.

Concrete, believable, realistic – you keep hearing these words from Jonas Alexander Arnby. Not in the form of actual statements, but carefully, searchingly, as the director looks for the right words to describe his first feature.

Arnby and "When Animals Dream" are both like that. Carefully searching. The director and his film venture into a territory that is loved, and despised, for wallowing in blood, severed limbs and violent effects. But, like his protagonist in "When Animals Dream", Arnby has his doubts that he even belongs there, among the werewolves.

"I really hope people will see that this is the real werewolf and that the other werewolves, the ones in horror films, are just bedtime stories." – Jonas Arnby

"I really hope people will see that this is the real werewolf and that the other werewolves, the ones in horror films, are just bedtime stories." – Jonas Arnby

"When Animals Dream" is one of several new Danish films and TV series taking up the familiar Hollywood genres of horror, fantasy and adventure and infusing them with a particular brand of Scandinavian realism.

In Martin Barnewitz's "Danny's Doomsday", climate change spawns monsters, while the TV drama series "Heartless" follows the teenage angst of two out-of-the-ordinary siblings. In Ask Hasselbalch's "Antboy", and its soon-to-follow sequel, Denmark has its first real big-screen superhero, and in Kenneth Kainz's "The Shamer's Daughter", to be released in 2015, the supernatural unfolds in a fantasy world of uncanny creatures. Finally, in Bo Mikkelsen's "Sorgenfri", also scheduled for a 2015 release, a mysterious flu epidemic wreaks havoc in a picture-perfect Copenhagen suburb.

"I wanted to do a coming-of-age story about a young person who gets to know herself and becomes an adult," says the 40-year-old director of mainly shorts and commercials until now.

"The film's writer Rasmus Birch and I quickly agreed that we wanted to create a realistic and believable universe, while using the werewolf theme as a metaphor."

It was on a trip to the fishing hamlets on the rough and windy west coast of Denmark's Jutland peninsula that the idea arose to do a film set as far from Copenhagen as it's possible to get in Denmark.

Arnby and writer Rasmus Birch could use that exotic universe for a werewolf project that had long been gestating at the production company Alphaville Pictures Copenhagen. Eventually, it grew into the story of Marie, a teenage girl whose mother is in a wheelchair, the heavily medicated victim of an unnamed illness.

When "When Animals Dream" opens, Marie is seeing her doctor to be examined for some changes in her body. There is nothing strange about that for a teenager, of course, but the changes point to her mother's disease. Soon, her fellow villagers in the tiny North Jutland fishing community are casting sidelong glances at Marie and whispering among themselves.

"If you get too involved in this whole world of werewolves, you can get lost in rules and dogmas about unibrows and full moons etcetera. We decided to stick to realism, and so it was obvious to turn the werewolf theme into a disease. After all, werewolves describe something human – the dark, animal side of humanity, the sex drive and the instinct to attack when cornered. The werewolf theme became more concrete that way," the director says.

Watching "When Animals Dream" is like watching a film by, say, Ken Loach, the grand old man of social realism – except this one unleashes a werewolf. It may sound like fun and games, but Arnby never settles for ironic detachment.

"It was important to make the disease believable, to show what the consequences to the family and the community would be," Arnby says. "That's deliberately to make it believable that someone turns into a werewolf or an animal. It was my intention to show Marie's quiet rebellion, how she stands outside the community, while she is forced to go on a journey where she learns who she is. The genre, werewolf films, is just a wrapper."

Is "When Animals Dream" a kind of protest against hyper-charged special-effect movies?

"It's that, too, because I don't believe those films. I can enjoy myself watching a werewolf movie, but I don't believe in the animal because it outweighs the person. Marie has to have time to choose to become an animal. It was important for us that Marie is in a dilemma. Right after she bites the head of her first person, in self-defence, we should feel how bad she feels, physically and mentally. She cranked herself up to use the animal inside of her, but immediately afterwards she is human again. We should be able to feel all that – that it's gross, disgusting, that she feels bad about it.

It was important for me not to have it be like, Haha! Someone is going to get their head bitten off!"

Is it even possible to make the werewolf, this creature of the imagination, believable?

You can always tell when a director is excited to see his film, his baby, take its first steps into the world. That's doubly true for Arnby, anxiously hovering over his first feature film as it ventures into the dangerous territory of the werewolves.

"When Animals Dream", selected for Critics' Week at the Cannes Festival, is produced by Ditte Milsted and Caroline Schlüter Bingestam for Alphaville Pictures Copenhagen. 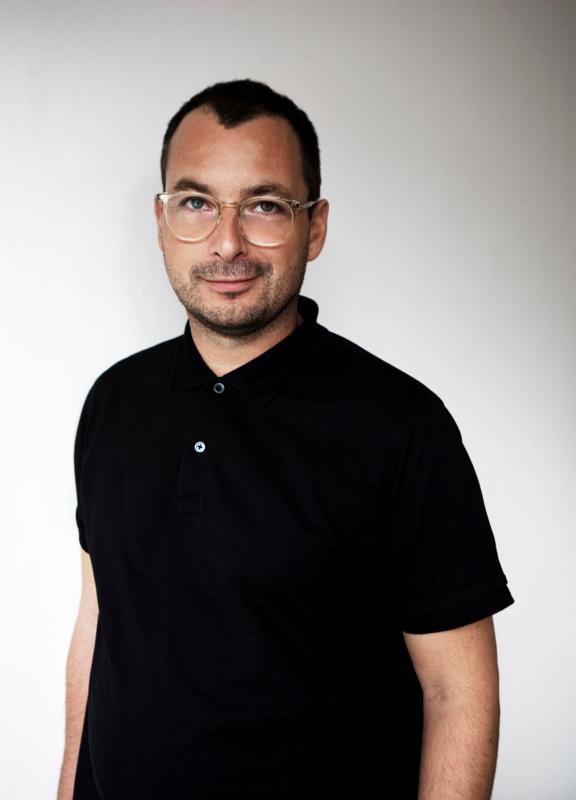 Director, born 1974. Graduated from the alternative Danish film school collective Super16 in 2004. He also graduated from London School of Media in 2000.