"I Have a Very Quick Pace in My Life"

INTERVIEW. Charlotte Sieling has directed Danish television series like "Unit 1," "The Killing" and "The Bridge" and has greatly enjoyed her work on American shows. Making "The Man" was a passion project all her own, she says about her second feature film exploring a simple idea: What is it about men?

The only time you might find Charlotte Sieling really quiet is when she's spending time with her horses.

DR hired film people to make television, and we gave TV what the movies taught us. It has a cinematic aim to it now and I was part of that movement.

"I have two horses that I work with when I am off, and they teach me that my pace is too fast," she says with a laugh. "I get a big question mark on my own behaviour when I'm with my horses. It's a mirror and I'm seeing if I'm asking too much or if I'm stressing or if I'm listening. In a way it's part of my work."

Away from the stables, this actress turned writer/director can't seem to sit still. After working steadily in Danish TV on hits like "Better Times," "The Bridge" and "The Killing" and then directing major American TV shows like "Homeland" and "The Americans," she returned to Denmark to direct her second feature film, "The Man."

Before that film is launched she's already writing several new projects ranging from a Danish-language TV series for HBO Nordic to a big-budget World War 2 drama to a biopic about Queen Margrethe I.

"I have a very quick pace in my life," she says. "But it works when I am directing: the actors love the way I am making choices, and the team also loves it because they don't have to wait for decisions," she explains.

Second Part of a Trilogy

That's not to say she rushes her storytelling. "The Man" is a project she's been working on for more than seven years.

The film is the second part of her planned trilogy that started with her 2009 directorial debut feature "Above the Street Below the Water." She says that film was "my urge to define my own divorce," followed by films exploring a man ("The Man") and then a woman (her Margrethe I project).

"I wanted to explore the simple idea, What is it about men?," she says of "The Man"'s genesis. Sieling started at first researching the story of a soldier, and then said she realized, "what the fuck do I know about soldiers!?"

She chose a more familiar backdrop: "I've been surrounded by artists, since I came out of my mother's belly. My father was a musician and a painter and I've been around these artists my whole life. That's what I understand."

"The Man" follows a rich and famous Danish artist whose egocentric lifestyle is disrupted by a visit from his estranged son – who is a successful street artist. Søren Malling and Jakob Oftebro are perfectly cast as father and son.

She and Malling had previously collaborated on "Borgen" and "The Killing." But his role as Simon in "The Man" shows a side to Malling we haven't seen on screen before. He's a sort of petulant manchild, walking around his studio in pyjamas and needing to be the center of attention at all times.

Malling took a bit of persuading to take on the role, Sieling recalls. "Søren read the script the first time and he said he didn't understand it. Then the second time, he went, 'What the fuck is this?!' The third time he said, 'This is a part I can really play!'"

He even changed physically for the role. She says, "I told Søren, 'I'd love you to have a belly.' He's always a very fit guy. So he said, 'That's not going to happen, my body isn't going to do that.' Then he came to the first rehearsal and he just let his stomach go. And he also stole Kim Bodnia's walk. Every time he got into his costume, his pyjamas, he let the stomach fall and he walked like Kim Bodnia [from 'The Bridge']."

Both Malling and Sieling agreed Norwegian actor Oftebro would be perfect to play the mysterious son, Casper. Sieling had first met him when she taught a course at her alma mater, the National Film School of Denmark, years earlier; she knew he was a rising talent and that he could also speak perfect Danish.

He has a less showy, more restrained role compared to Malling. "Jakob is used to flirting much more with the world. We made an agreement that he had to hide," Sieling explains. "He was amazing to understand that his character is like the camera and the other character is being exposed ... It's much more of a portrait of a man than a father-son story because the son is secretive the whole way through."

Her own acting history helps her to work with actors as individuals. "Actors are different animals – all of them, different from a horse to a tiger to a lion. I want to respect where they are standing. I know that from my own experience if I am not being respected for being the species I am."

Sieling says she didn't set out with a masterplan in how to navigate her career path. "I never really planned any of all this. My big passion and ambition was to be an actress." She was a successful theatre actress from 1985 to 1994 in anything from experimental productions to Denmark's Royal Theatre.

She started working as a writer and director for Danish TV shows like "Unit 1" and "Better Times" because it fit her schedule as a divorced mother. "I was divorced and I had to make it myself. It was practical to make TV and I learnt so much. It gave me space to write at the same time."

She says it has been "amazing back and forth learning" moving between TV and film. She also came along at the right time, when channels like DR were encouraging more cinematic ambitions for the small screen. "DR hired film people to make television, and we gave TV what the movies taught us. It has a cinematic aim to it now and I was part of that movement."

That's one reason she doesn't bristle at the "Nordic Noir" tag put on shows like "The Killing" and "The Bridge." "It is the true soul of who we Scandinavians are, and we made that. All of us in that wave are part of that identity, which has to do with the cold and the night and the long, long winters where everybody is turning your mind inside to yourself."

She was successful with her work in American TV – most recently with the pilot for TNT's "Good Behavior" – but ultimately wants to be more than a director for hire. "I had a lot of great experience [with American TV] on so many levels. But still it's about making other people's dreams come true. Making 'The Man' was something I really enjoyed."

She's ready to do more passion projects of her own. She has written parts for both Malling and Oftebro in a new show she is creating for HBO Nordic, the company's first big commission for a Danish-language series. She is currently co-writing the first season's eight episodes with Torleif Hoppe and plans to direct the entire first season herself.

Her third Danish feature film – the end of the trilogy – will be about a woman in menopause. But not just any woman: Queen Margrethe I of Denmark, Sweden and Norway (1353-1412).

The story will be about the point in the Queen's life when her supposedly dead son returns 15 years later to challenge her throne. "It's really an effort to make a portrait of a woman in her 50s with power," Sieling explains.

She is also pitching a big-budget $20m Second World War film to American backers, which she will direct but not write. It's "a huge movie and a beautiful story" she says, about a Swiss banker travelling between a woman he loves at home and one in Berlin.

In Denmark, she will fit in time to spend with her grandchild, or those horses, but don't expect much slowing down from this 56-year-old. "I have a lot on my plate, a little too much, but that's the name of the game ... There are a lot of stories to be told" •

"The Man" is written and directed by Charlotte Sieling and produced by Lars Bredo Rahbek for Nimbus Film. The film is co-produced with Hummel & Nimbus and Sirena Film and has received funding from the Danish Film Institute. International sales are handled by SF International.

The film is selected for the main Nordic competition at the Göteborg Film Festival (27 January – 6 February 2017), for Rotterdam's IFFR Live programme (25 January – 5 February) and will be in cinemas across Denmark from 2 March. 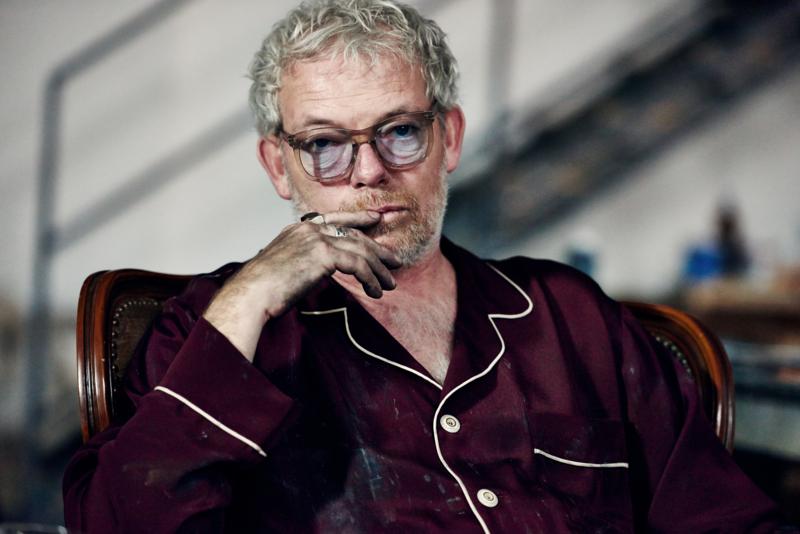 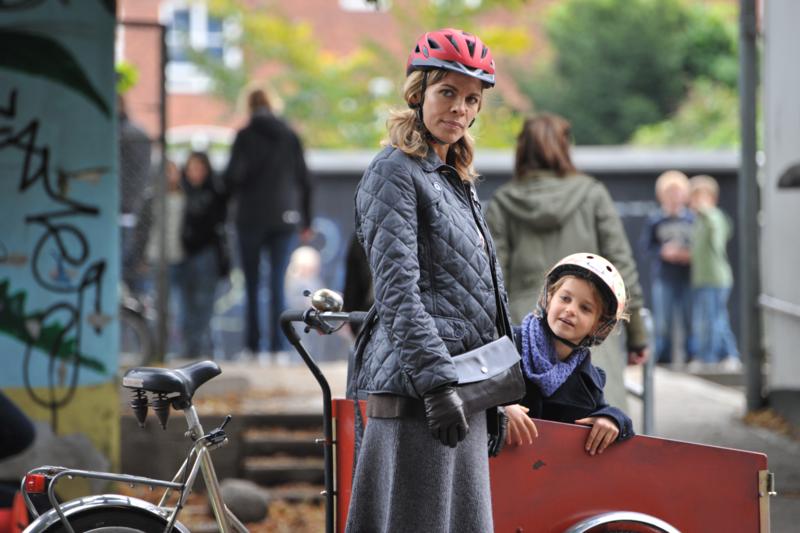 Above the street below the water

This is the day when the lives of an intertwined group of people take a new direction. Everything they have taken for granted starts to change. While Anne and Ask's relationship succumbs to 'metal fatigue', Charlotte has to realise that her husband Carl may not be right for her. 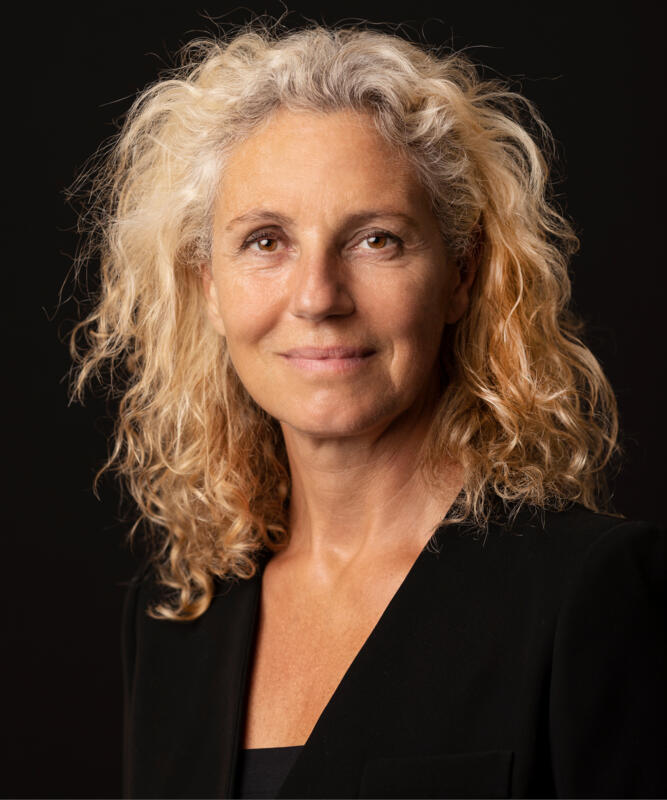