CROSS-MEDIA. 'This Room' gives the audience a first-hand impression of the state of transit that refugees experience on their journey to a better place. The VR installation, created by poet and sound artist Pejk Malinovski, is based on real stories and memories of asylum seekers in Denmark. Selected for IDFA DocLab Competition for Digital Storytelling.

In summer 2015, Europe saw a historically large influx of refugees and migrants, including from civil war-ravaged Syria. Newspaper headlines blazoned the vast numbers of people leaving their homelands in search of a better life in Europe.

Find interviews and all the basics about Danish films at IDFA 2018 on our festival website.

What happened to all those people? Where did they go, these refugees whom we saw in the media walking along motorways, arriving by train, bus and truck, and setting up a provisional camp at, among other places, Copenhagen Central Station?

New York-based poet and sound artist Pejk Malinovski looks into that question in 'This Room', a virtual reality work exploring the fates of the refugees, as they moved out of the media spotlight and into camps set up in former prisons, hospitals, schools, camping grounds and other provisional locations.

'This Room' places two participants in a narrow transit room, each wearing a VR headset. Through the visual experience of virtual reality technology, they are given a sense of the stress, fear and uncertainty that is the daily life in limbo for so many refugees on their journey to a better place.

The lay-out of the room is based on refugees’ experiences of the various transit spaces they have spent time in on their long journeys waiting for their asylum cases to be processed. Rooms and camps with very little privacy and few opportunities to work or study.

Malinovski also brings his personal memories into the work. He grew up near a refugee centre in the 1980s and remembers the feeling of playing with his Turkish, Iranian and Palestinian friends from the centre and never knowing whether they would be there the next day, as they might have been moved to another site.

"One of my strongest memories from this camp were the small rooms where 8-10 people would sleep on bunk beds, all their belongings stuffed in big suitcases. The room itself was a kind of suitcase, stuck between destinations," says Malinovski, describing his VR installation as a "a memory-based mapping" of these rooms.

In 'This Room', it is the immobility, the fixation on the bed in the room that provides the effect. You can look around, at the wall, down at the mattress and up at the upper berth, but you can't escape the perspective from the bunk.

- Danish review of 'This Room'

About the VR installation

'This Room' is created by Pejk Malinovski in collaboration with current and former asylum seekers in Denmark.

The VR experience premiered in Denmark in November as part of an exhibition, 'Transit', at the Museum for Art in Public Spaces.

It is also accessible, from a small booth, at Copenhagen Central Station 12-25 November. 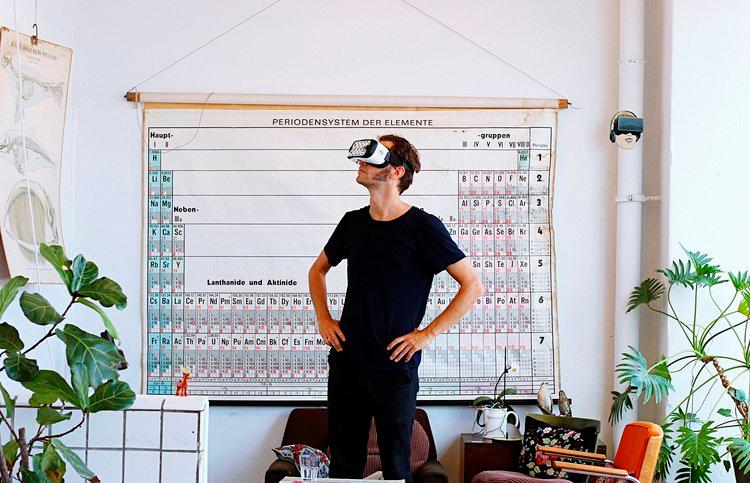 A virtual-reality installation is set up where two participants at a time can sit on a bench in a narrow room, wearing a VR headset. It is based on refugees' memories of the real-life transit zones and rooms they have occupied while waiting to hear the verdict on their asylum application. The installation is a memory-based mapping of the rooms refugees have passed through and stayed in for longer or shorter periods of time since they left Copenhagen Central Station and practically disappeared from the media spotlight.