INTERVIEW. Nicolo Donato's second feature, "Across the Waters," is inspired by the director's grandfather, who sailed Danish Jews to safety in Sweden during World War II. The film attempts to paint a full picture of the Jewish escape in 1943, including the parts that portray their Danish rescuers in a less than flattering light. International premiere Nordic Film Days Lübeck

"Always remember to look people in the eye, at their level, when they are lying down." This is some of the heard-earned wisdom director Nicolo Donato got as a teenager from his shipbroker step-grandfather, N.B. Ferdinandsen, on one of their many fishing trips in Gilleleje, a fishing village North of Copenhagen.

This is a film about compassion and survival that shows the good and bad sides of humanity in a crisis situation.

Donato did not get along with his parents and had a knack for getting into trouble. But he could talk with his grandfather. One day, when he came by sporting some bruises he had received in a scuffle with some neo-Nazis at a demonstration, his grandfather for the first time opened up about his resistance during the Nazi occupation of Denmark, when he helped transport Jews from Copenhagen to Gilleleje in 1943. It took several fishing trips after that to finish the story.

But before that came to pass on the night between 1 and 2 October, a German official, G.F. Duckwitz, warned the head of the Danish Social-Democratic Party, Hans Hedtoft, who relayed the warning to the Jewish community. That triggered a mass flight from Copenhagen to coastal villages north of the city, where fishermen sailed some 7,000 Jews – out of a Jewish population of around 7,500 – across the Oresund strait to Sweden on their boats. Denmark is renowned for having Europe's highest survival rate for Jews during the Holocaust.

Across the Waters Photo: Christian Geisnæs

Profiting from the Misfortune of Jews

Despite all that, Donato's righteous grandfather, played by Jakob Cedergren in "Across the Waters," refused to describe himself and the other helpers as heroes.

Especially considering that many of the fishermen took advantage of the situation by charging exorbitant sums for ferrying Jewish refugees across the sound – upwards of 1,000 kroner per passenger, or 20,000 kroner (around 2,700 euros, ed.) in today's money. "Never forget that there was such a thing as 'Jew money,'" his grandfather impressed upon him. Donato decided that if he ever succeeded in becoming a filmmaker, he would make a film about this side of the story and dedicate it to his grandfather. "There has been talk about this, but it was never shown in a film before," he says.

Until now. Inspired by actual events, "Across the Waters" follows a Jewish family – Arne Itkin, a jazz musician, his wife Miriam and their five-year-old son Jakob – during the frantic days when they, and thousands of other Jews, flee from Copenhagen to Gilleleje and try to get passage on a fishing boat.

When the Gestapo arrive, the Jews have to hide, sparking heated discussion in the small community: Do we risk our own safety to help others? And, if so, don't we deserve something in return?

"This is a film about compassion and survival that shows the good and bad sides of humanity in a crisis situation," Donato says.

As he sees it, the standard narrative of self-sacrificing Danes saving the Jews from the Germans is way too glorified, in terms of both our own self-image and how the international community views Denmark.

"We pat ourselves on the back way too much over what we did in the war. A lot of Jews were saved, but very few people helped them out without getting something in return," he says.

"That said, the fishermen and the rest did a hell of a job. It's just hard to respect that we don't tell the whole truth. I'm glad that there's a picture of my grandfather in his boat at the Holocaust Museum in Washington. And it's great that there's a statue in Gilleleje commemorating the escape of the Danish Jews (a gift from Israeli shipping magnate Yuli Ofer, ed.) It has its place there. But there also has to be room for the real story. That's why I made the film."

Donato and his crew shot "Across the Waters" before the influx of Syrian refugees into Europe in September of last year. All of a sudden, the film became extremely current.

Having just wrapped the shoot, the director was spending his first full day in the editing room when actor Jakob Cedergren called and asked if he had seen "it."

"They're walking on the freeway," he said. Donato rushed home and switched on his TV and saw the now iconic-tragic footage of a large group of Syrian refugees walking the 160 kilometres from Rødby (where they had disembarked from the ferry from Germany, ed.) to Copenhagen.

"I thought, 'That can't be right.' We just shot a film about how we didn't treat refugees right during World War II, and now it's happening again. It was like we had pasted the film into real life. It was uncanny."

"Across the Waters" is directed by Nicolo Donato, who wrote the script with Per Daumiller. The film is produced by Peter Bech and Tristan Orpen Lynch for SF Film Production and supported by the Danish Film Institute. International sales are handled Trustnordisk.

Domestic release was on 27 October, a few days before the film's international premiere at the 58th Nordic Film Days Lübeck (2-6 November). 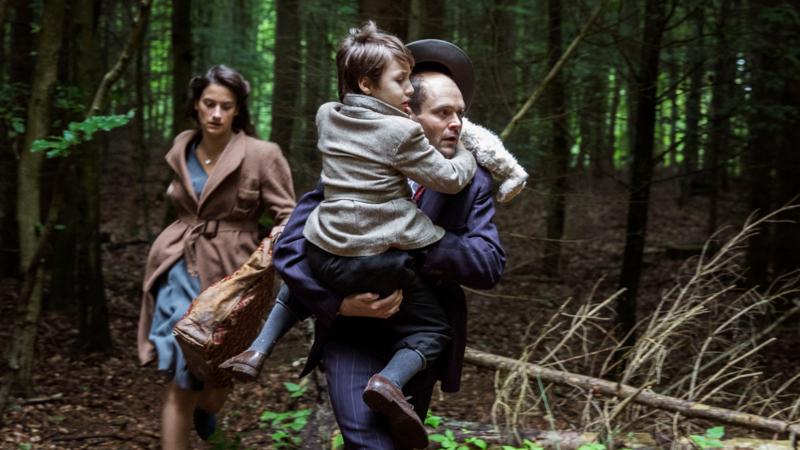 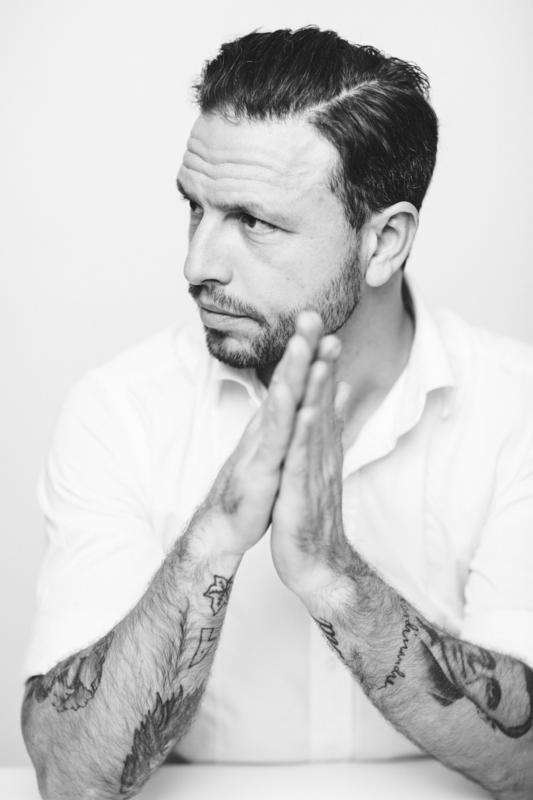